Failures of leadership: charisma vs delivery

In a political climate awash with polarisation and populist anger, it is big ideas that are the most likely ticket to electoral success. 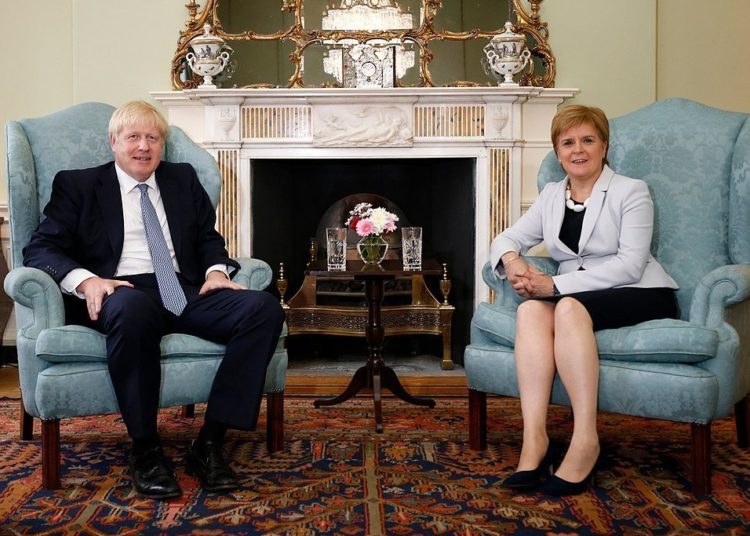 In a political climate awash with polarisation and populist anger, it is big ideas that are the most likely ticket to electoral success. However, leaders elected on the basis of their ‘charisma’ and promises of big structural change have a tendency to neglect the finer details of governance and policy-making. In the UK, preoccupation with independence and Brexit appears to let politicians off the hook in other areas, and ‘likability’ trumps competency when it comes to evaluating our political leaders.

In Scotland, support for independence increases by the day, with the latest Panelbase poll showing opinions in the country have flipped to a 55 percent preference for cutting ties with the rest of the UK. Scots sedated by Nicola Sturgeon’s endless daily briefings feel that their leader is doing a much better job at handling the virus than the comedic ensemble running the show down in Westminster and view this as an incentive to get themselves out of the Union as quickly as possible.

However, the constant focus on ‘indyref2’ is a convenient distraction from the fact that Nicola Sturgeon is effectively running a highly centralised one-party state, where economic failings are forgiven, as long as she continues to criticise Westminster.

In the annual Government Expenditure and Revenue Scotland report released on Wednesday, the Scottish government’s deficit was shown to have increased by 8.6 percent of total GDP in the year to April 2020 – amounting to a three times greater increase proportionately than the UK as a whole. What’s more, these figures only take into account the first two months of lockdown. The reluctant reopening of the Scottish economy that has taken place over the last few months does not bode well for next year’s figures.

In a recent YouGov poll, 72 percent of Scots said the first minster was doing ‘very or fairly well’ at handling the virus, whilst Boris Johnson achieved a dismal 20 percent in this category. This is a puzzling result, when Scotland has one of the highest levels of excess deaths among developed countries. GDP has also been slower to recover north of the border, with Scottish GDP improving by only 5.7 percent in June compared with 8.7 percent for the UK as a whole.

Throughout the pandemic, Nicola Sturgeon has been slower to open things up north of the border – gambling on the idea that by almost eradicating the virus, she will ultimately have a stronger base from which to rebuild the Scottish economy. However, this is a big gamble, and one that Westminster will end up footing the bill for if it does not pay off. Scottish GDP fell 20 percent between April and June of this year and oil revenues have recently fallen to about a tenth of the government’s 2014 predictions for the first year of independence. The fact of the matter is that the Scottish economy is not strong enough to support the economic gambles its leader is pursuing.

The SNP’s continued success story is grounded in Nicola Sturgeon’s own favourability with Scots and the party’s commitment to securing a second referendum on the independence debate. This brings to mind a comparable tale from December last year, when Boris Johnson won his landslide victory on similar grounds – with a promise to ‘get Brexit done’. Whilst the strength of the Conservative victory was admirable, since his election success, the bumbling Tory leader appears to have taken his foot off the gas.

The prime minister has faced criticism for his hands-off approach to leadership – a strange management style at any time, but especially in the current climate. His ‘charisma’ and commitment to Brexit appears to have let him off the hook in other areas – namely policy decisions, leadership and political accountability. Ministers bear the brunt of mistakes made – see the very public trials of Matt Hancock and Gavin Williamson for example – and even entire organisations are used as scapegoats in order to let the PM off the hook. Public Health England was shifted the full weight of the blame earlier this year for the UK’s poor testing figures, despite the fact that a number of other actors also shared responsibility for the failure.

In this case, electing a leader purely for their big ideas had resulted in ineffectual governance. This is not only visible in the absence of any kind of a plan to deliver Brexit in the first place, but also the lack of direction in other areas and constant U-turning on policy decisions. Whilst it is true that a global pandemic is not the time to be launching attacks at those in charge – this excuse has begun to wear thin. When the UK has done such a dismal job at dealing with the virus in comparison to other similarly developed countries, there is only so many times one can use the virus itself as a scapegoat for government failures.

Electoral success grounded in ‘big ideas’ muddies the water of the more technical aspects of a party’s plan for government. Boring details don’t sell in campaign season which means the nitty-gritty of running a country is ignored until it is too late. This week’s figures showing the staggering size of the Scottish government’s deficit imply that a government elected largely on the promise of a second independence referendum could do just that.

In today’s political culture, big ideas are viewed as a convenient channel for populist anger. However, when leaders are elected on the promise of a big change – be that Brexit or Scottish independence – these plans are consistently used as a cover-up for other things going wrong. We need to be able to see past campaign rhetoric and high-level promises if we wish to elect people who will really bring about a positive future for our country.