As the government tries desperately to limit the domestic political damage caused by its plans in the internal market bill to break international law by unilaterally tearing up the withdrawal agreement, it has used a series of excuses to justify its position. 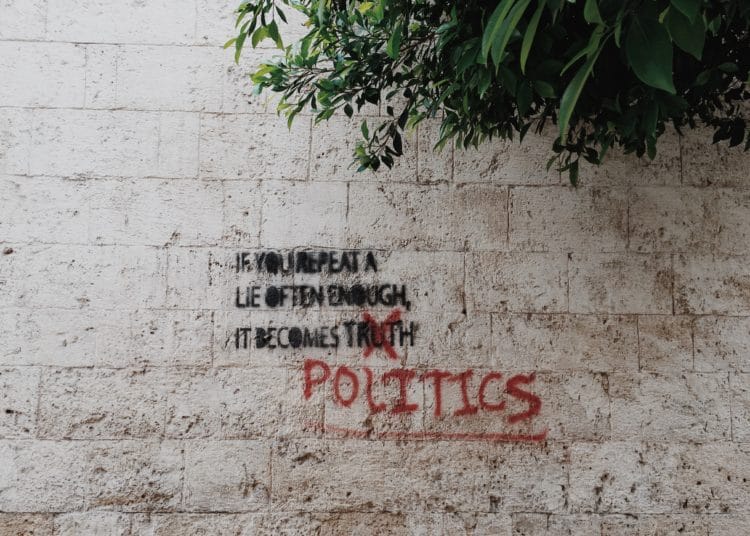 Photo by Brian Wertheim on Unsplash

As the government tries desperately to limit the domestic political damage caused by its plans in the internal market bill to break international law by unilaterally tearing up the withdrawal agreement, it has used a series of excuses to justify its position.

Of these, perhaps the most pathetic was the agreement could be broken because it was (in Downing Street’s words) “agreed at pace in the most challenging political circumstances”. Leaving aside the fact that is was agreed after a couple of years of constant negotiating, during which the ramifications of all the options had been exhaustively explored, the idea that you can legitimately break a contract because you hadn’t thought it through in the first place is clearly laughable.

Having tried this excuse, Downing Street is now claiming that it is justified in breaking its word because the EU has started behaving unreasonably. This mantra has been faithfully repeated over the past day by Wakefield MP Imran Ahmad-Khan who said:

“The Northern Ireland protocol was agreed on the assumption that Brussels would provide an off-the-shelf trade deal with no bells and whistles, as Monsieur Barnier himself offered. That would have involved no more than a light touch border between Britain and Ulster. The EU has moved the goalposts.” (Extract from article in the Yorkshire Post)

There are two problems with this justification.

First, the EU hasn’t changed its negotiating position at all. It has been consistent from day one. Indeed, this consistency – branded stubbornness – has until recently been one of the government’s principal beefs with Brussels.

And second, it is simply untrue that the deal agreed last year involved only a light touch border between the UK and EU. Those who followed the tortuous Brexit negotiations will recall that the government spent an inordinate amount of time trying to resolve a dilemma: how to have a regulatory border between Northern Ireland and the Republic of Ireland that avoided border posts on the land boundary, but also avoided checks and paperwork on trade between Northern Ireland and Great Britain.

A number of innovative approaches using new technologies were floated and found wanting. My favourite was the plan to have facial recognition for sheep crossing the land border. The fact that this option was seriously considered (really) shows how hard people tried to magic away the border.

In the absence of a technological fix, and in light of the political imperative to maintain the Good Friday Agreement, the only alternative was to have the border down the Irish Sea. Of course, when Theresa May negotiated this it was repudiated by Boris Johnson. But in his do-or-die talks with Taoiseach Leo Varadkar last October, he was forced to concede a variant of it.

But what did the deal agreed by the prime minister mean in terms of checks and controls down the Irish Sea?

The Department for Exiting the EU helpfully produced an impact assessment on 21 October 2019. In para 241 it is very clear: “Goods moving from Great Britain to Northern Ireland will be required to complete both import declarations and Entry Summary Declarations.” The costs of completing such declarations it estimated to be between £15 and £56 per declaration. For animals and agricultural products, there would be additional fees to cover documents and physical examinations for all east-west trade. These were the government’s own estimates.

As for the impact on Northern Irish businesses, during the 2019 election the prime minister told them that there would be no new checks and costs. Last month, however, the government made £355m available to Northern Irish businesses simply to cover their additional costs of the new expected trading regime. A tidy sum for a relatively small economy.

So Mr Ahmad-Khan is simply wrong. A “light touch” border was never on the cards.

Leaving aside the excuses, what chance is there that the government will get its internal market bill through parliament?

As far as the Commons is concerned, the government is trying to broker a deal with its critics, under which the offending clauses would be rewritten to increase parliamentary oversight over any potentially illegal proposals. This looks desperate and inadequate. However, the history of Conservative rebellions in the Commons on Brexit issues over the past three years is that the rebels have often been bought off by token concessions. So I am not confident that the Commons will actually show any real backbone.

The bill will then come to the Lords. To date, in addition to the usual Tory anti-Brexit rebels, the proposals have been damned by Michael Howard, Norman Lamont and Edward Garnier. The advocate-general for Scotland Lord Keen of Elie has just resigned. And the crossbench lawyers are outraged. So we are looking at a range of options, from voting against the bill at second reading (which would kill it) to deleting the offending the clauses. This would then lead to ping-pong between the Commons and the Lords. The outcome of this is less certain and requires Peers not to blink first. I can assure you that Lib Dems in the Lords won’t do so.

In any event, the government has already succeeded in trashing Britain’s reputation as an upholder of the law and a partner whose word you can trust. Not an ideal start for Global Britain.