Eurocrat smack down misses the point: the political situation in Northern Ireland is not just a diplomatic spat

To depict this as the EU being ‘nasty’ and pretend this is just about vaccines is to miss the point completely. As every politician or civil servant who has worked in the EU over the past 40+ years know, informal cooperation is how ‘constructive cooperation’ gets done – on the island of Ireland and in the EU. 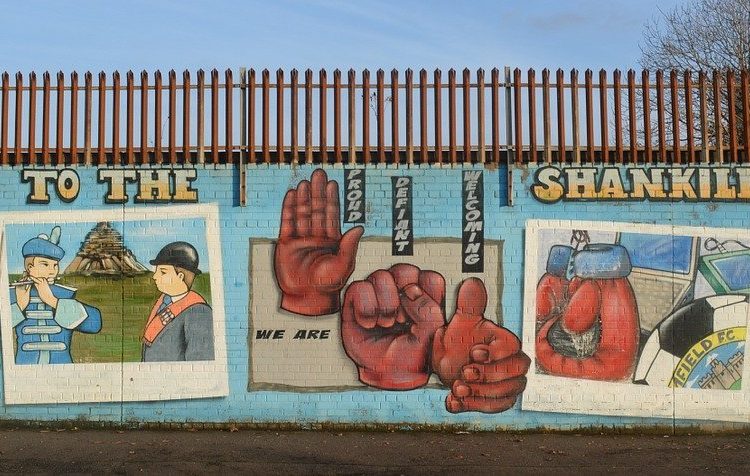 Last weekend, the UK government was quick to smack down the EU over its threat to use Article 16 of the Northern Irish protocol to deter vaccines from being sent via Northern Ireland to Great Britain. The EU Commission president quickly admitted the error and withdrew the idea within five hours.

The problem centres on what is required to allow any covid vaccines to leave the EU for ‘third countries’. Having left the EU, the UK is a ‘third country’. Therefore authorisation is needed for any vaccines (or other products) leaving the EU and going to the UK. Now for the complicated bit. Ireland is an EU member, so no such authorisations are needed. Northern Ireland is not an EU member. But the protocol allows it to be treated as though it is.

So why did the Commission threaten to use Article 16? Was there a problem? Possibly. Because of the NI Protocol, no export authorisations would have been required for goods (vaccines) shipped from Belgium (or anywhere else in the EU) to Northern Ireland.

This was seen as a potential risk and to close the loophole the Commission reached for the only tool available – Article 16 – and proposed to use it in a draft regulation published on Friday. There was an outcry and within hours it was swiftly withdrawn. A new draft minus the offending section is now in force.

However, it is important to remember that even if the regulation had been unchanged, the practical effect would simply have been that vaccines destined for NI would have needed an export authorisation before they left the EU factory. That is all, nothing in the regulation would have required a land border as some people who should know better are now suggesting.

The situation has been inflamed because of growing problems in implementing the new Irish Sea border, and customs delays at the ports have been politicised as they worsened through January. Last week, food checks at Larne and Belfast ports were stopped. These are required under the Irish protocol.

Worse, EU customs and veterinary officials working alongside their Northern Irish counterparts at the ports in Northern Ireland have been threatened by unionist groups and were told to stay at home for their own safety. The EU sought reassurances from the UK. More worrying are fears of sectarian issues breaking out and endangering peace in Northern Ireland. Sectarian concerns over Brexit’s implications for UK unity and for future trade pre-date, but fed, the row over vaccine exports. Northern Ireland’s ministers have demanded that the protocol be ditched.

This week, First Minister Arlene Foster, her deputy and Michael Gove had a short video conference with Commission Vice President Maroš Šefčovič after which they issued a statement agreeing to cooperate to solve the problems. Mr Gove then sent him a letter demanding sweeping changes to the protocol on Northern Ireland. As reported by Tony Connelly in the Irish Times, its bullying tone has been interpreted as an ultimatum to the EU.

The tone is unhelpful to say the least. It ignores the fact that the Trade and Cooperation Agreement that came into effect at 11pm on 31 December 2020 UK time, has extensive mechanisms for arbitration in the event of disputes. A timely informal chat could have averted everything escalating into a very public political row fanned by sectarian resentments.

Moreover, to depict this as the EU being ‘nasty’ and pretend this is just about vaccines is to miss the point completely. As every politician or civil servant who has worked in the EU over the past 40+ years know, informal cooperation is how ‘constructive cooperation’ gets done – on the island of Ireland and in the EU.

And the UK has not done what it agreed to do under the protocol to ensure that customs and food safety formalities can be completed. It has not facilitated EU access to either the HMRC’s data system nor to its customs IT system to enable EU officials to monitor the flow of goods across the Irish sea in real time. The EU agreed in return to facilitate a trusted trader scheme and simplify customs formalities and both sides were committed to providing what was needed as part of the so-called ‘exit summary declarations’ normally needed when goods leave the EU’s customs union. Note, Great Britain is no longer part of the customs union. Becoming part of it again would certainly minimise some of these problems.

In fact, that is more or less what Mr Gove wants but will not say. Instead, he calls for major changes to the protocol to exempt food consignments from EU food safety controls, at least until 1 January 2023.

Whatever happens next, the situation is precarious. Boris Johnson adopted his characteristically bullish tone in prime minister’s questions this week in threatening to tear up the protocol; and in the EU and UK, Mr Gove’s stance and criticisms of the peace process in 2000 have not been forgotten. It is not surprising that commentators are saying that for Northern Ireland, Brexit is neither forgotten nor done.

So the current spat highlights the continuing relevance of historical issues that membership of the EU had helped to resolve. Pretending that this is not the case does us all a disservice. Pretending that any extension of arrangements can be provisional to solve problems which are endemic rather than teething problems, will make matters worse. Will Gove come clean or attempt another sleight of hand as the UK becomes increasingly disunited?