The EU's position on trade with the UK after Brexit is the same position it takes with all potential trading partners. 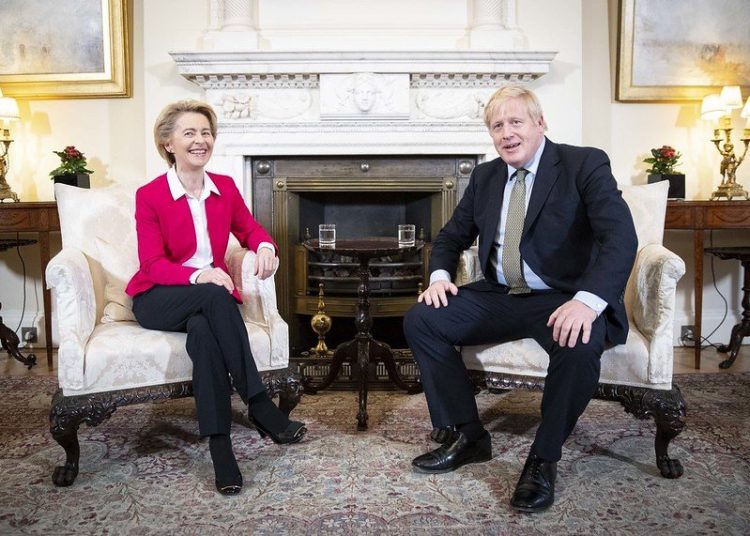 Boris Johnson thinks his old tactic of blaming Brussels will deflect criticism of his failure to deliver the “oven ready” deal he promised on our future relationship with our EU neighbours. Playing the jingoistic card, wrapping himself in the Union Jack and blaming Johnny Foreigner is a well-tried diversion. But there are signs that the public won’t fall for it.

Johnson claims, and his ministers parrot, that the EU wants to dictate British laws to us. It doesn’t! It simply says that, if UK standards on consumer protection, the environment, workplace rights and fair competition fall below EU standards then it can restrict access to its market for the products concerned.

“Fair competition is a pre-condition for privileged access to the EU market. We don’t require UK to follow us every time we decide to raise our standards. The UK is free – sovereign, if you wish – to decide. We’d simply adapt the conditions for access to our market accordingly. It would be the decision of the UK and this would apply vice versa”.

In other words, Britain is free to adopt its own standards, but if it diverges, then the EU could ban sub-standard products from its market (or only allow them in with tariffs). And this would apply the other way around too.

It makes sense. EU regulations – the common rules for the common market – which we worked on for decade with our neighbours, are about agreeing common standards, which simultaneously offers better protection for people and cuts costs for businesses, by having a single set of rules and testing procedures, instead of nearly 30. When your product meets the common standards, it can be sold freely across Europe without further ado.

What the EU said at the outset of the Brexit talks (and as it has said for years to any country seeking access to its market), is that it is not going to countenance competition in its market based on lower standards. Outsiders attempting to gain a cost advantage on the back of workers, consumers or the environment, or getting unfair subsidies, will get short shrift.

This was actually accepted by Johnson and the UK government. A joint declaration, setting out what both sides agreed for the future relationship, was attached to the withdrawal agreement, signed by Johnson and ratified by the UK Parliament in January. In it, both the EU and the UK agreed that, given their:

“The Parties should in particular maintain a robust and comprehensive framework for competition and state aid control that prevents undue distortion of trade and competition; commit to the principles of good governance in the area of taxation and to the curbing of harmful tax practices; and maintain environmental, social and employment standards at the current high levels provided by the existing common standards”.

The EU has seen Johnson renege on those mutual commitments, spluttering about UK being a sovereign state that would set its own rules. His comments provoked this reply from a European friend:

“We’re all sovereign states, the difference is between 27 who want to work together, and the UK that doesn’t”.

Sadly, my friend is right.