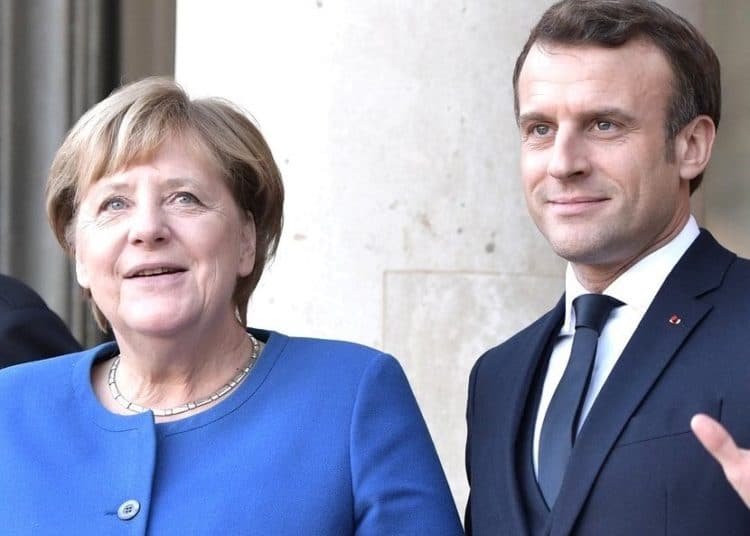 The prime minister travels to Brussels later today for a dinner date with destiny and Ursula von der Leyen, EU Commission president. This is his last-ditch effort to defuse the crisis in the trade talks. It seems the only possible outcomes are personal humiliation for Boris Johnson, or disaster for Britain.

Which leader in this country’s long history would ever have had any difficulty weighing up those two options and coming to a rapid decision? It speaks to Johnson’s many character flaws and lack of empathy that even those close to him are unsure which way he will jump.

The EU will present a united front, as talk of a rift between France and Germany was dismissed by Detlef Seif, chief Brexit spokesperson of Angela Merkel’s CDU party, when he said:

“The idea that there are differences between Merkel and Macron on this is just a figment of the Brits’ imagination”.

According to the FT, Angela Merkel told German MPs this morning that a system for ensuring differences over time in areas such as environmental law and employment standards was “the really big question where we need a satisfactory answer”.

“We have to figure out how each side will react when the legal situation in the EU or the UK changes,” she said. “We can’t just say – let’s not talk about it.” There was no indication that the German leader was under pressure from car makers to accede to Britain’s demands.

This, and the issue of governance, are the key intractable issues for both sides. Britain wants the freedom to diverge from EU rules, while retaining unprecedented tariff and quota free access to the single market.

The EU cannot allow an ex-member to retain many privileges while choosing whether or not to follow future regulations, a right which even full members do not have. They are insisting that there should not only be a mechanism to identify divergences, but also to provide for retaliation if one side or the other attempts to gain an unfair advantage. On this point the EU cannot offer any compromise.

At home, Johnson is under pressure from the ERG not to make concessions, with warnings that letters would immediately go in to the chair of the powerful backbench 1922 Committee, demanding his resignation if he softens any of his red lines.

Tony Connelly, Europe editor at Irish broadcaster RTE and well-connected in EU circles, tweeted that the EU27 were hardening their position and increasing preparations for a no-deal Brexit:

Addressing the general affairs council yesterday, chief EU negotiator Michel Barnier was said to be extremely downbeat telling them “we’re at a tipping point and it’s now tipping in the direction of no deal” – another indication that the EU side has no more negotiating wriggle room.

Johnson’s reckless gamble on Brexit will play out over the next few days, with time running out to find a deal which both sides can accept. He may find himself the next Tory PM in a long line to be dashed against the rocks of Europe.

The prime minister will face a stark choice. The deal on offer will result in significant disruption to just-in-time manufacturing and food supply chains from January under any circumstances, but additionally a no-deal Brexit would hit all sectors and result in a 2 percent fall in GDP (about £40 billion) next year alone, according to the Office of Budget Responsibility.

But to offer or accept significant compromises will open up the prime minister to furious cries of betrayal from the pro-Brexit press and hardline MPs in his own party.

Even if a deal is agreed and he proclaims it a triumph for his own personal negotiating skills, as he almost certainly will, those Tory MPs who accepted the Withdrawal Agreement last year without scrutiny may not be so relaxed this time.

It’s clear his deal is still far from “oven ready”. If and when it finally comes before parliament, his supporters in the ERG will be standing by to examine every word in the 800+ pages to search for signs of betrayal.