Alex Toal looks ahead to the local elections in North Yorkshire and the Humberside, where PCCs and councillors are up for election. 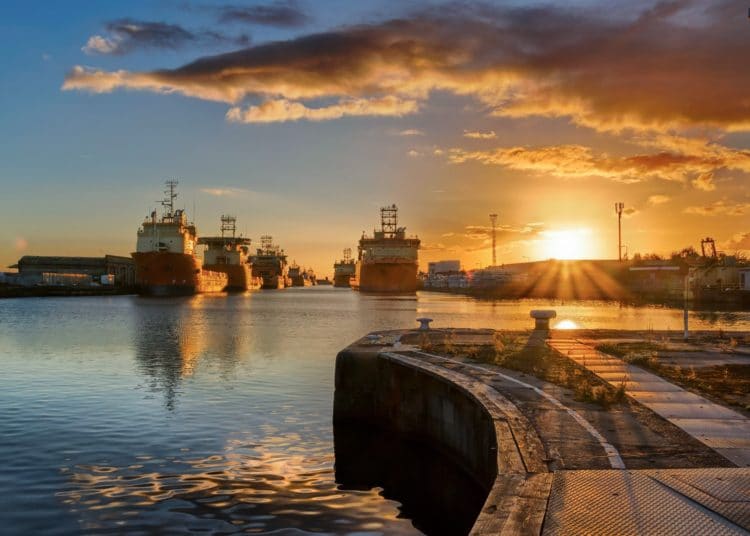 The Albert Docks in Hull. Image by Oddlegs for Wikimedia Commons

These local elections are going to be the largest of their kind in the United Kingdom’s political history. Following the delay of the 2020 locals, 6 May will feature the election of devolved parliaments in Scotland and Wales, police and crime commissioners across England and Wales, and 12 mayors in England.

This is the longest that we have gone without any sort of poll since the Second World War, and will mark both Keir Starmer’s and Ed Davey’s first electoral test. In addition, it will be our first post-Brexit election, in what is hopefully the tail end of a pandemic.

In other words, they’re pretty interesting!

In three pieces, I’m going to do my best to highlight which offices are up for election across the four parts of Yorkshire, what the political dynamics at play are, and what we can expect on the night.

I’m going to start in North Yorkshire and Humberside, where, for my sake, mercifully few elections are taking places. These are:

A single transferable vote system is used for the election of PCC/PFCCs, meaning that, if no candidate gets more than 50 percent of the vote in the first round, all but the top two candidates are eliminated and second preference votes are then considered. This limits the likelihood of an upset, as any vote-splitting which occurs in first round is negated in the second.

It’s worth noting that the Greens are not standing PCC candidates in North Yorkshire or Humberside. This means that only Labour, the Conservatives, the Liberal Democrats, and independents, are competing for these positions.

The only controversy that has so far come up in the election has been over claims by Labour candidate Alison Hume (journalist, TV screenwriter and university lecturer) that a third of police stations had been closed due to austerity under the Conservatives.

A potentially strong independent candidate is also the mix, in the form of Keith Tordoff, a retired detective with 20 years’ experience and an MBE, but there’s little evidence that he has a significant following. Thus, unless something dramatic happens, the race is likely to fall to the Conservatives.

Humberside has slightly more potential for an upset. While Labour’s Keith Hunter easily won in 2016 with 59 percent of the vote in the second round, a lot has changed since then. Since the 2015 general election, the Conservatives have increased their lead in the area from 4.5 percent to 26.3 percent in 2019.

Throw into the mix the fact that the Humberside PCC role also covers parts of Lincolnshire, where the Conservatives have made significant gains since 2016, and Hunter may well be unseated. But he certainly has a case to make. Inheriting the force from his Conservative predecessor, he has managed to turn Humberside police around, improving their rating from ‘inadequate’ in 2016, to ‘good’ in 2019.

Hunter may also be helped by controversy around his Conservative former challenger, Craig Ulliott. Ulliott was forced to step down, having come under fire for exaggerating his experience on the police force. Hunter has since called on Ulliott’s replacement, North East Lincolnshire councillor Jonathan Evison, to condemn the statements his predecessor made, about his qualifications and his promises, which Hunter claims were not in the power of the PCC.

The historical strength of the Liberal Democrats in Humberside means that their candidate, Bob Morgan, may also have a shot. With a career of almost 25 years in the Met, and a stint on Thatcham District Council in Berkshire, he certainly has the experience of both policing and politics required for the role.

In 2016, the Lib Dems won 15 percent of the vote in the area. If the focus on Hull for the council elections skews the vote towards more urban, a strong run from Morgan may put him in the final two.

While Humberside may be trending bluer, Hull City Council will be a place where Labour can potentially expect a good night. The election itself seems relatively uncontroversial, with the only scandal so far revolving around a set of expensive security gates at the city’s guildhall.

The councillors up for election this year were last elected in 2018, which was a strong night for the Liberal Democrats. Nationally, the party won 16 percent of the vote, while in Hull they gained seven seats with 42 percent of the vote. With their national polling between 6 and 9 percent currently, they may well be on the defensive in Hull.

A potential challenger in this progressive space may well be the Greens. This year they are fielding a record 12 candidates in Hull. The Greens have only gained ground in Yorkshire since 2018: if they can capitalise on this, they may manage to get a foothold on the council this year.

Of the 17 seats up for grabs, seven are currently Lib Dem. Of these, Labour is within striking distance of taking five. A potential sixth gain is also within reach, with the Conservatives only 50 votes clear of Labour in Bricknell the last time they went to the polls for these seats.

Given the difficulties for third parties of campaigning in a pandemic, some seats may therefore change hands on 6 May. Wards to watch for will be Avenue, Boothferry, Bricknell, Holderness, and West Carr.

That said, local elections are often unpredictable! It would not be surprising to see Labour make gains based on the national environment, the Liberal Democrats to capitalise their monopoly on local opposition, or the Greens to benefit locally from the national and international momentum of environmental issues.

So it would be foolish to make any predictions. All that I can say, is that Hull will be one to watch.

Join us next week, when we’ll turn our eyes to South Yorkshire.