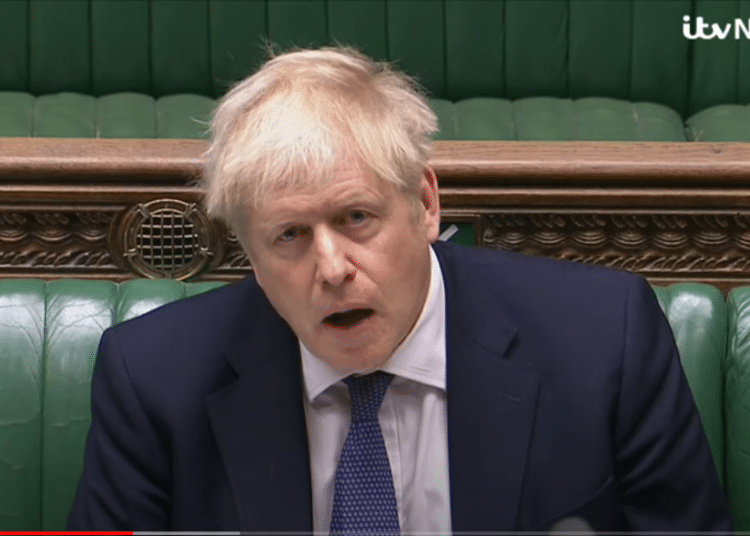 The chaotic ‘nest of vipers’ in Downing Street burst out into open warfare last night with the shock resignation of the PM’s communications chief Lee Cain and the threatened departure of senior adviser Dominic Cummings and chief Brexit negotiator Lord David Frost.

One well-placed Whitehall official said Number 10 had become a “nest of vipers”, adding “it’s all falling apart in there, it’s far worse than the outside world realises. Plus doing it in the middle of pandemic is totally disgraceful”.https://t.co/SXMFKF2lWl

Cain, according to Robert Peston, was forced out after what seems a farcical process of trying to recruit a senior spokesperson to lead government press briefings. Former BBC and ITV journalist Allegra Stratton was appointed, but only on condition she reported directly to Johnson and not Cain.

This was essentially a demotion for Cain who was then offered the position of Downing Street chief of staff, to which a number of people around the prime minister, including apparently his partner Carrie Symonds, objected. He promptly resigned.

Cain is another member of the Vote Leave cabal now running Downing Street and is said to be close to both Cummings and Frost, who were at one point thought to be considering resigning in protest but now appear to be staying in post.

It is another affirmation of Max Hastings’ description of Johnson as “manically disorganised”; a man who now seems in thrall to everyone in Downing Street – including Larry the cat. Johnson appears increasingly as a gormless bystander surrounded by a gang of fractious incompetents arguing amongst themselves.

It comes in the middle of the second lockdown and as deaths from Covid-19 in Britain passed another grim milestone of 50,000, a record in Europe. This with 30 working days to go to the end of the transition period and potential chaos at the border – with or without a trade deal – as described by Rod McKenzie of the Road Haulage Association on Newsnight last night. He said government preparations and planning was “chaotic” and “frankly pathetic”.

Britain now has a leadership crisis to add to the health, economic, diplomatic, trade and constitutional crises that the government is already engaged in, and which threaten to engulf us all before too long.

Remembering some of Sheffield’s forgotten heroes