“Don’t you forget about me”

It’s just over a month since my brother died, and it still sounds weird to write or to say that. He didn’t have covid, he had cancer. But the whole situation of his final illness and funeral were hugely complicated by the pandemic. 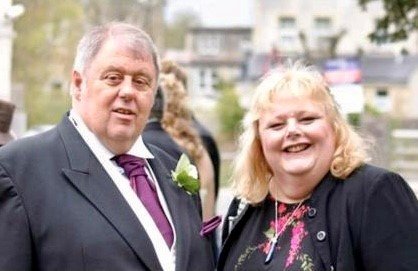 It’s just over a month since my brother died, and it still sounds weird to write or to say that. He didn’t have covid, he had cancer. But the whole situation of his final illness and funeral were hugely complicated by the pandemic.

We were not able to visit him in hospital during his final days, and there were only five people at his funeral, just his immediate family. We had to watch on WebCam, like so many other families who have lost a loved one this year. While it was a nice service, and it did have the benefit of allowing family in Canada and the US to ‘be there’, it was a strangely sanitised experience. Again, like many other families, we are planning a memorial service later in the year.

My brother was fully aware that covid was going to complicate his passing, and that he wouldn’t be able to have the funeral that he had planned earlier in his illness. One of the last things he said was “you won’t forget about me, will you?” And this continues to circulate in my mind, not only with respect to him, but to all those other people who have died over the past year; those who had covid and those who didn’t, unable to be visited by family and friends in hospital and who died knowing that their funeral was inevitably going to be truncated by the prevailing circumstances.

So here are a few short memories of my brother, who of course, I could never forget. It is no coincidence that the sibling relationship is one of the most studied within psychology; our relationships with the people with whom we share the largest proportion of our genes, and with whom we vie for our parents’ attention. And the people that, some psychological theories propose, have one of the most powerful impacts on our personality in terms of relative position in the family.

My brother and I lived more than 200 miles apart so we didn’t see one another very often, and even now I sometimes imagine that he must be sitting in his armchair, watching the cricket, wherever it is being played in the world. He was always there in my life, in the background, and the ongoing realisation that he is not any more still comes a shock.

We were a classic older/younger pair, him the quiet, serious one, and me the mercurial unconventional one. My mother was shocked by the fact that a visit to the theatre to see Peter Pan didn’t charm me, but generated a constant stream of questions about how various ‘magic’ people were able to get into the house (Santa Claus had been a major fail, too). But my brother took it in his stride, taking me by the hand and leading me round the house to show me that it was quite secure, and that magic people wouldn’t be able to get in if I didn’t want them to.

Of course, we tormented each other, too. It’s his fault that Cybermen still spook me out. And I really shouldn’t have told him that his taste in clothes and music were so square he must have 90 degrees at each corner. Although there was only seven years between us, which doesn’t sound very much nowadays, we really did inhabit rather different youth cultures, with The Kinks, Manfred Mann and the Move comprising the soundtrack to his teenage years and The Jam, Elvis Costello and Blondie to mine.

Like most older siblings, he paved the way for me; ensured that I inherited the experienced parents. While they had sighed over the increasing length of his hair and width of his trousers, they only raised a cynical eyebrow when I cut most of my hair off and wore skinny trousers with zips all over them.

The fact is, if he hadn’t been there, I wouldn’t have grown up to be me. Not only can I never forget about him, he will always be part of who I am. And inevitably, I will always be sad that his life came to a close in a period during which the covid pandemic inevitably blighted his final illness and his passing.

When the pandemic is finally over, no doubt there will be a flurry of individual ceremonies for those who died in 2020/21, where family and friends can finally come together in remembrance. But surely, the nation should also create a memorial for all of those who died during this period, secluded from loved ones; in the knowledge that their funeral would be additionally impacted.

Of course, we will not and cannot forget about those who were dear to us. But we must remember all the others, too, whose final days were spent in the shadow of covid.