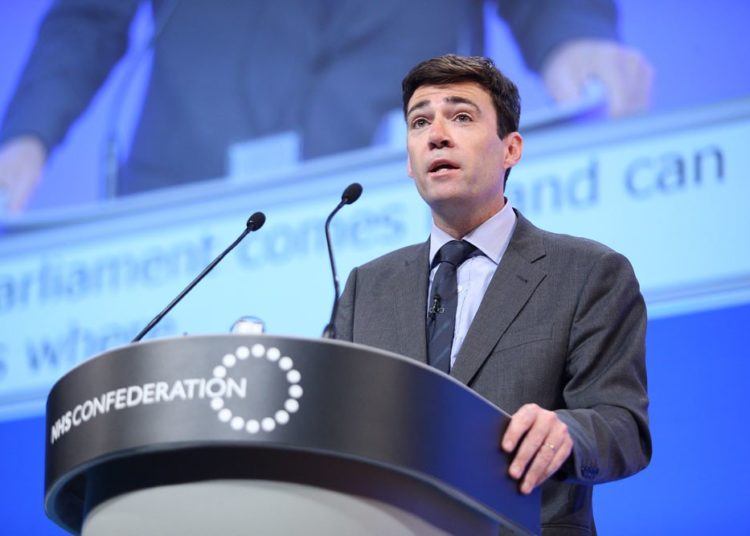 “Andy Burnham MP” by NHS Confederation is licensed under CC BY 2.0

In a matter of weeks, devolution will once again come to Yorkshire, as the government plans to publish the details of a deal which will create a combined authority in North Yorkshire. The deal will split North Yorkshire into two unitary authorities and govern it on the model cities like Greater Manchester, with an elected mayor and cabinet consisting of council leaders and other local officials.

What will devolution mean for North Yorkshire? The testimony of Andy Burnham may give us some insight. Speaking in front of the public administration and constitutional affairs committee last week, Burnham and North of Tyne mayor Jamie Driscoll pointed out holes in the existing devolution settlement, while praising the overall success of decentralisation.

Harsh words for governments past and present

Burnham had harsh words for the current state of governing arrangements for coordinating between Whitehall and local leaders.

“There is, across all departments, a ‘Whitehall knows best’ mentality, and that is what gives rise to the bidding culture: “we don’t trust any of you, therefore we’ll make you all queue up and put your best argument to us”. Whitehall holds all of the cards there, and it gives out power here and there.”

This, in the view of Burnham, lies at the root of the problem. These powers can “be used in a divisive way”, as has been seen with pots of money like the levelling-up fund, which have been allocated in a partisan fashion. Moreover, the fact that power still resides in Westminster means that it can be taken away at any minute from local government.

Burnham looked back to the Manchester standoff, and warnings which he received from colleagues that his action might be at risk of further devolution. At this point, he made a plea to the government:

“Don’t stall it at this point in time just because the odd mayor has answered back, and that might be politically inconvenient. Mayors have a job to do, to speak up for their places, and if mayors of any political persuasion are speaking up for their places, that counters the feelings of alienation that some places have.”

Both Burnham and Driscoll also pointed to a lack of integration of the new mayoral model into broader political culture. Driscoll called for the creation of regional boards within national agencies, while devolving funding for things which were best delivered locally.

In particular, he took aim at the Kickstart programme, which he claimed would have been more successful with more local involvement.

Furthering devolution in Manchester and the North East

The mayors put forward ideas for what further devolution could achieve in their own areas. For both, money was one of the key problems: more borrowing powers need to be allocated to mayors, along with the possibility of raising new taxes.

Burnham pointed to the idea of a tourist tax, already standard in most European cities, as a way of raising revenue to help his city.

For Driscoll, whose office was newer and had fewer powers than Burnham’s, more powers in areas like transport were yet to be devolved. He also pointed to the fact that he had been under pressure to represent not just his own authority, but the North East Combined Authority, which did not yet have a mayor. Combining the two, he argued, could help deliver a more effective strategy across the region.

Promoting devolution across the country

During the meeting, Burnham set out a clear vision for where devolution could go next. His vision encompassed three divisions of government: local, regional, and national.

“Local government needs to be built up and empowered to do more for itself: levelling-up starts there. We need a new settlement for local government, and obviously that includes social care.

“The second step is Combined Authorities everywhere, that have more devolved, long-term control of public spending that already takes place in our region.”

Burnham brought up the Department for Work and Pensions budget as an example of what spending could be influenced more by local leaders. He pointed out that this money often went directly to neglectful landlords, without any effort to improve housing conditions.

The third level was national. During the meeting, he raised the proposition of a reformed House of Lords which represented the regions. For this, he suggested a Lords elected by MPs, using regional lists.

Burnham’s vision was clearly shaped by both his time as health secretary under Gordon Brown, and as mayor of Greater Manchester. He criticised the whipping system in Westminster, which “leaves politics looking quite remote from people”, and pointed to the Hillsborough disaster, where “the system in which we all worked simply couldn’t hear an entire English city crying injustice”.

When challenged on whether he would act differently if he returned to Westminster politics, he said:

“If I were ever to return to national politics, it would be only to challenge fundamental constitutional reform of England to make it work fairly and equally for all of the constituent regions of England.”

Warm words for the potential of devolution

Both Burnham and Driscoll had warm words for the potential of devolution to improve governance. Driscoll presided over a cabinet with two Conservative members, and four Labour ones.

“We sat down and agreed to take point-scoring out of any relationship. I’ll get re-elected if I do well for the people in the Tory areas, and so will they, so there’s an in-built incentive for finding a win-win.”

Not only does devolved governance improve relationships between parties, but it helps achieve good outcomes. Burnham pointed to “Silo thinking” within Whitehall departments, and the ability of a mayor to coordinate these to achieve genuine benefits for people on the ground.

Ultimately, Burnham claimed, more devolution would lead in course to a more equal country, with stronger regional identities and political engagement. He pointed to higher turnout rates in areas with mayors during the local elections, and the embryonic formation of local identities in areas like the Tees Valley and West Midlands.

All that awaits now is for us to receive the details of what North Yorkshire’s devolution deal will look like. Implicit throughout Burnham’s testimony was a concern that Westminster was no longer committed to giving genuine power back to local governments.

Whether North Yorkshire’s deal looks more like Burnham’s sweeping powers in Greater Manchester, or Driscoll’s more limited settlement in the North East, it will give us some clue as to whether the ‘King in the North’s’ suspicions hold water.