Earlier this year, Councillor Jonathan Wood defected from the Conservatives and joined the Green Party in Doncaster. 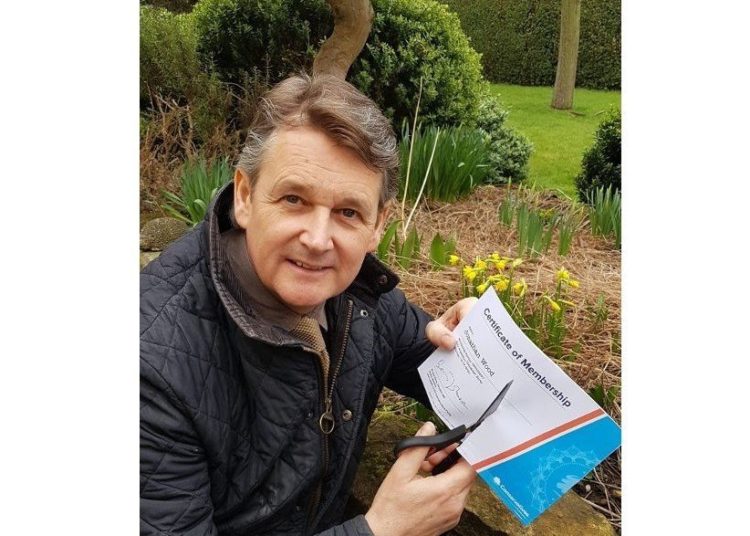 Earlier this year, Councillor Jonathan Wood, who has been a councillor representing the rural Sprotbrough Ward in Doncaster for the last 12 years, defected from the Conservatives and joined the Green Party.

On 28 February he finally cut up his membership card explaining that “For some time, it has been clear to me that the interests of rural communities like Sprotbrough, and others like it, have not been well served by Doncaster Council”.

Sprotbrough is a large ward that incorporates several smaller rural villages and has a total population of (at the last count) 11,880. It has its fair share of environmental threats, like the proposed building of a bio lagoon in High Melton, a planned pig farm and the thwarted construction of a motorway service station near Marr. Had that gone ahead, it would have added to the enormous traffic issues blighting the A635 and would have been built on greenbelt land.

Dealing with these and many other issues has put Jonathan on the same side as environmental campaigners, including hardworking Greens on Sprotbrough Parish Council.

Councillor Wood said how proud he was to be a new member of the Green Party. “It’s become increasingly apparent that the Conservatives are failing to respond with the kind of action we desperately need on environmental issues. Even a climate emergency seems to make little or no change to their direction.”

Doncaster Green Party has been campaigning on these issues for many years and put pressure on the council to declare a climate and bio-diversity emergency (which they finally did in September 2019). But the council’s street tree policy has been particularly contentious. Councillor Wood has consistently spoken out against this.

He explains, “I’ve always been especially vocal about protecting the Green Belt, highlighting the dangers from over-development around flood zones, proper environmental protection, and common-sense tree policies that don’t just chop them down because they’re in the way.”

Last year, Doncaster Greens joined residents on Middlefield Road in Bessacarr who were alarmed at the felling of 64 healthy lime trees lining their street. The month-long campaign garnered much publicity and support, and the council, mindful of the Sheffield tree protest (Sheffield Tree Action Group themselves gave DGP their support) agreed to review their tree policy.

The 30-year-old trees that were ultimately felled and replaced by saplings were, like all mature street trees, keeping our streets cool in the summer, soaking up a huge amount of water from the ground (so much of Doncaster is in a flood zone) and absorbing a lot of the pollution from passing traffic.

Mature trees create a bio-diverse community where insects, and the wildlife that feed on them, are welcome residents themselves. Of course, they also store a huge amount of carbon.

Doncaster Council set itself a target of increasing canopy cover and reducing carbon emissions to zero by 2040. But with recent moves to fell a holly and cherry trees, much loved by residents in the same village, it shows the battle to preserve Doncaster’s street trees is going to be one of ever-ongoing vigilance.

And it’s not just about the trees. We’ve had devastating floods caused by land mismanagement and poor flood defences exacerbated by housing developments on what used to be flood plains.

As a member of the Green Party, Councillor Wood believes these are areas he’ll be able to focus on as a priority. “Whilst I wish all my former colleagues in the Conservative Party well, I am simply unable to stand with them as they stand by doing nothing, to leave politics, or more importantly the environment, in a better place than they found it.”

The local Green Party has for some time joked with Councillor Wood how he would be better off joining them. And he’s not the only Conservative to have taken this decision. Jonathan Bartley – co-leader of the Green Party of England and Wales – started life as a Conservative too. Will more follow in his footsteps?