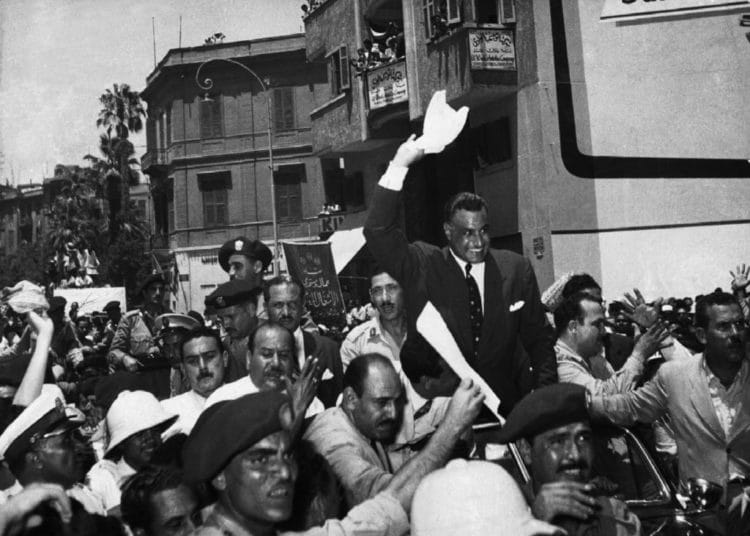 US President Joe Biden has issued a diplomatic rebuke and accused Boris Johnson of “inflaming Irish tensions”, according to an explosive report in today’s Times newspaper.

Biden is said to have ordered a rare diplomatic rebuke in the form of a demarche, a formal diplomatic representation of a government’s official position, usually reserved for adversaries, critical of Britain’s threats to unilaterally suspend terms of the Northern Ireland protocol.

America’s charge de affairs (they are still to appoint an ambassador) Yael Lempert, told Lord Frost in a meeting on 3 June that President Biden intended to raise objections to Britain’s “increasingly heated rhetoric” directly in one-to-one talks with the prime minister at the G7 summit this week and crucially in public as well.

Biden’s diplomatic rebuke is an echo of the Suez crisis

The diplomatic rebuke echoes American pressure on another Conservative prime minister, Sir Anthony Eden, over Britain’s intrigue with France and Israel to invade Egypt in 1956 after the Suez Canal was nationalised by president Nasser. Britain was forced to withdraw after US leader, Dwight Eisenhower, threatened to damage the UK financial system by selling the US government’s holding of sterling bonds.

Eden later resigned over the issue, which many saw as the moment that marked the end of Britain’s role as one of the world’s major powers.

Biden’s intervention is an extraordinary moment in the currently unfolding crisis over Northern Ireland. The Times has obtained a leaked copy of a memo setting out the contents of the meeting between Lempert and Frost and says:

“Government minutes of the June 3 meeting reveal that Frost was told of Biden’s “great concern” over his stance in a tense encounter at which Lempert was said to have “slowly and gravely read her instructions [from Washington] aloud”.

Johnson has been warned Biden intends to go public

Lempert told Frost and John Bew, No 10’s senior adviser on foreign affairs, that Biden intended to raise his objections to Britain’s “increasingly heated rhetoric” and threats to unilaterally suspend the protocol both in talks with Johnson and in public at this weekend’s G7 summit in Cornwall.

“[Lempert] warned that the increasingly bitter dispute between Britain and the EU over the protocol was ‘commanding the attention’ of Biden before his first bilateral meeting with Johnson today.

“The memo said that the US ‘strongly urged’ Britain to come to a “negotiated settlement’, even if that meant ‘unpopular compromises’.

“It added: ‘Lempert said the US was increasingly concerned about the stalemate on implementing the protocol. This was undermining the trust of our two main allies. The US strongly urged the UK to achieve a negotiated settlement’.”

In what The Times says is an olive branch but to Downing Street will seem more like a stick to be beaten with, she apparently said that “if Britain accepted demands to follow EU rules on agricultural standards”, Biden would ensure that the matter “wouldn’t negatively affect the chances of reaching a US/UK free trade deal”.

One can imagine how that went down with Frost. It would be an extraordinary thing if pressure from Biden forces a humiliating climbdown on the part of Johnson as it did with Eden 65 years ago, and just as the prime minister is embarking on a personal mission to try and restore our status on the global stage when we have barely finished applying the make up.