Since 2014, I have called Dundee home. Whilst dwelling in the City of Discovery I have voted in two referendums and nine elections, the current local council vote included. Before 2024 is done and dusted there will definitely be another UK general election. After hearing Scotland’s first minister Nicola Sturgeon address the Scottish parliament, I could be exercising my franchise at an independence referendum “before the end of 2023”.

At the approach of another year, another election, I hear the words of Brenda from Bristol in my head.

I used to think Americans were election-zombies, trudging off to the polls every two years to mark an ‘X’ for candidates from county sheriff to president, depending on the fixed term of office. It’s a safe bet they will even vote for local, state and national initiatives or referendums, which is something to be considered on this side of the pond. Although an American ballot can look somewhat like a takeaway menu, the voter only has to select one for each elected office along with a Yes or No for initiatives.

Voting in the UK depends on which of the four nations in which you reside, and in which election you are voting. The Elections Act 2022, that received Royal Assent on 28 April, is a game changer to how Britons vote, depending on the inevitable court challenges and counter legislation in Scotland and Wales.

Think of a horse race. It doesn’t matter if the horse wins by ten lengths or a nose, the winner takes it all. This is first-past-the-post (FPTP), the mandated process for electing members of parliament as well as England and Wales’ local councils.

FPTP is controversial in that it does not reflect a constituency’s popular vote. Lidda could win 35 percent of the votes cast, Jozan 33, Vadania 29, and others round out the result at 3. Lidda wins, leaving 65 percent of the electorate perhaps feeling alienated from the process.

It might be of interest that in the 2019 general election, only 37 of the 650 seats were won by a majority of the respective constituency votes.

If it’s not rocket science, why do I need a computer?

Constituencies electing more than one representative, such as in the Northern Ireland assembly or for local councillors in Scotland, use the single transferable vote (STV). At first introduction STV may appear daunting, and if not explained properly could well make the electorate long for the simplicity of FPTP.

However, is it rocket science?

In Dundee, for example, there are eight candidates vying for three seats in my ward. On the ballot, I listed the ‘pick-me pick-me’ hopefuls in order of preference – one, two, three, etc. I could have numbered all the way to eight if I wished to do so, but after four or five, it’s more of who I don’t like rather than an informed choice.

There’s a minimum number of votes needed to be elected – a quota – that’s determined by votes cast and the number of seats allocated to a ward. All first preference votes are tallied and candidates who reach the quota are elected. Surplus votes from the first round winners go to the second preference candidates. Also, following each round, the wannabe councillor with the fewest votes is eliminated and all their votes go to the second preference.

If the process and the tallying of votes seems confusing and difficult to keep track of, just fill out the ballot and let the computers do the hard part. Nevertheless, the end result is constituencies with three or four councillors that are a fairer representation of the overall vote than FPTP would have delivered.

An early electoral process casualty of the Elections Act 2022

The supplementary vote (SV) is how mayors are elected in England and Wales. Well, for now at least.

Voters select a first preference and a second choice. If your number one candidate receives 50 percent on the first count, they win and all the supporters can do the happy dance. If not, the two top vote getters have a runoff election. France, Brazil, Ukraine and tens of other countries seem to have no problem with this two-stage election.

But the UK’s conservative government does seem to have an issue with SV. The Elections Act 2022 will replace supplementary voting with FPTP in future when electing mayors, police and crime commissioners in England and Wales.

The London assembly, Welsh parliament (Senedd Cymru) and the Scottish parliament (Holyrood) use the additional member system (AMS) which is, to say the least, a complex method of electing a legislative body. Its redeeming feature is that lesser parties have a greater chance to have elected members sitting in the respective chambers.

In Scotland, AMS was introduced at the time of devolution. A coalition or minority government is more likely as it is very difficult for one party to form a majority government. Therefore compromise politics and legislation is the watchword.

In the 2021 Holyrood election, I filled in two ballots. On one, I put an ‘X’ beside the person I selected as my constituent MSP (member of the Scottish parliament). On the second ballot, I was asked to choose a political party. There are 73 constituency seats in Holyrood and once these were counted the AMS process kicked in to select the 56 regional MSPs; eight regions with seven MSPs per region selected from party lists.

The fun part is understanding – more so accepting, to hard core political party followers – that the more constituency seats a party wins in a specific region, the less chance they’ll have of winning one of the seven regional seats. The 2021 Holyrood election saw the Scottish National Party (SNP) win 47.7 percent of the constituency vote and pick up 62 of 73 seats. Contrarily on the regional side, they captured a strong 40.34 percent of the vote but won only two of 56 seats. Even with an overwhelming lead on both ballots, Sturgeon’s party was one seat short of a majority. However, the Conservatives, Labour, Lib Dems and Greens would have far fewer seats, if any, under FPTP.

Again, tick the boxes on the ballots and let the algorithms do their thing. 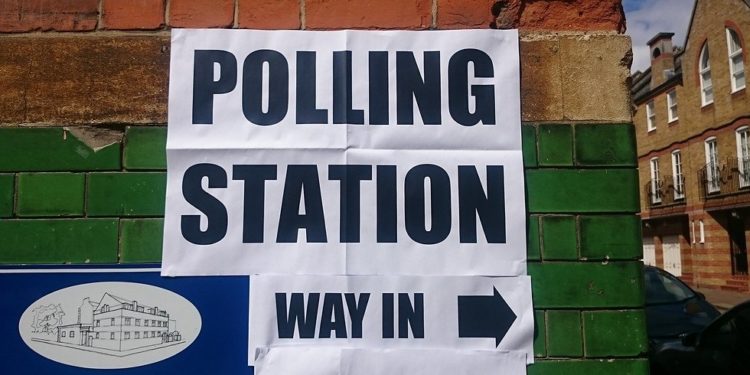 Parliamentary control of election standards subjugated by the government

As mentioned above, how we vote in the 5 May local and subsequent elections depends on which of the four nations we reside. How does one decide which is the best system for representative democracy? Truth be told, no singular method is perfect. Each has distinct advantages and challenges. Yet it is apparent the devolved nations have clearly demonstrated alternative electoral systems are workable, and deliver a stronger democratic voice and proportional representation that reflect a community’s choices.

The Electoral Commission is currently under independent supervision and accountable directly to parliament as a whole, not the government of the day. The Elections Act 2022 claws away at that legislative and executive separation of public oversight by annexing the commission. Sequestering it under the supervision of a government minister should raise the hairs at the back of the neck.

Not to belittle other controversial and alarming legislation the Johnson government has shoved through parliament since the 2019 election, future amendments to how we vote could well morph into when we vote. I’ll speculate that FPTP gives the Conservatives a fighting chance at winning elections. After all, a candidate just needs is one more tick of the box than the runner up.

Therefore one might cynically conclude there is little likelihood of moving away from FPTP regardless of any lip-service or spin from No 10. In fact, with a least two years remaining in the Conservative term of office and the Electoral Commission charged with a UK-wide mandate, FPTP may well become embedded across the realm.