The elections bill is a threat to democracy, making it more difficult to vote and weakening the independence of judicial review 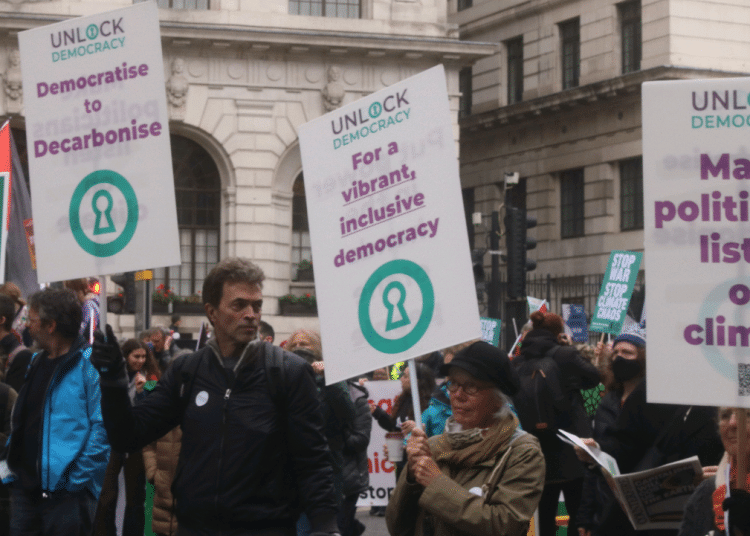 Protests against the elections bill

Weird times we live in, when our government uses the excuse that with their proposals to make it more difficult to vote and to weaken the independence of electoral review processes they are defending our democracy!

These are just a couple of the potential dangers in the elections bill – now at the report stage in parliament.

Insisting on voters producing some kind of proof of identity might seem, at first glance, to be an acceptable practice. After all, we don’t want people to be pinching other people’s votes, do we?

But when you look at the actual experience of some trials in a recent local election, and of its introduction in parts of the US, both show that it is the economically disadvantaged voters who don’t then vote – and this is markedly so for ethnic minority voters. Also, since there is no evidence of anything other than a tiny number of incidences of dishonest behaviour, why spend millions on ‘sorting it out’? It makes you wonder if the government has an ulterior purpose, doesn’t it?

Not everyone who wishes to participate actively in our democracy is met with similar hurdles. For example, the bill makes no attempt to restrict ‘big money’ influencing politics or to tackle the misinformation that is rife in our social media. It does, however, propose government powers to restrict what charities can campaign on, by insisting on limiting their scope for action.

A further highly significant move is to interfere in the independent review of our elections systems, by restricting the Electoral Commission’s powers and opening up the government’s ability to interfere in its activities. And no indication anywhere that its current inadequate level of funding is to be addressed.

The UK’s voting system: one step forward, two steps back

A last-minute insertion was to take voting for regional and metro mayors, and also police and crime commissioners, back to first past the post (FPTP) instead of the current more representative supplementary vote arrangement. So even where we have managed to make small advances in our voting system, the bill proposes to take us backwards.

We remain, with Belarus, the only country in Europe to use the FPTP system. So the ‘will of the people’ is said to have prevailed despite the fact that only 44 percent of us voted Conservative. Why? Because under FPTP Conservatives won 55 percent of the seats in parliament – and got a stonking 80-seat majority, which has been used time and time again to introduce provisions that privilege already privileged minorities.

How to truly ascertain and enact ‘the will of the people’ – basic planks of democracy – is at last being taken seriously by the Labour party. It has made some considerable progress in terms of addressing the need to change our electoral system. It was certainly an achievement that 80 percent of constituency party delegates voted to support proportional representation (PR) at the September conference. But regrettably some unions are still arguing for FPTP.

Thus, whilst there are certainly positive indications within the Labour movement, there is still some way to go before the party will be ready to commit to PR. 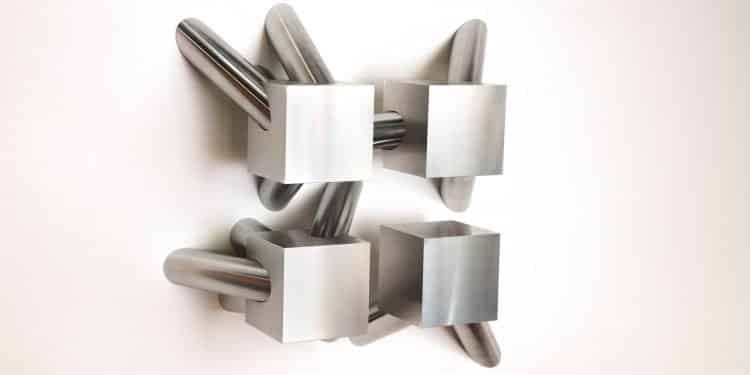 To safeguard democracy, there need to be further checks and balances that allow us to challenge authoritarian approaches, stand up against the abuse of power, and hold public bodies accountable. What is shocking is how many of these are also being undermined by our government.

Already, parliament is increasingly sidelined, with ministers assuming more powers through secondary legislation, with little time scheduled for debating such measures. For example, Coronavirus rules were introduced without MPs having any input.

Judicial review is another valuable mechanism. It gives ordinary citizens the opportunity to ask the court to rule whether government (national or local) has acted illegally, and if so to force change. This, together with widespread public demonstrations, was how Johnson’s proroguing of parliament was curtailed. The recently introduced judicial review bill attempts to make the legal process more difficult, and less able to give protections.

There are indications too that the Human Rights Act is in line for a government review. Would that be to extend those rights? Unlikely!

Even the right to protest is under threat. In a democracy, the right to take to the streets is an important part in having a collective voice. But the Police, Crime, Sentencing and Courts Bill gives the police even more powers than they currently have to intervene in demonstrations. And it is proposed that ‘causing serious annoyance’ – open to wide interpretation – would become a crime, punishable by up to 10 years in prison!

So how do we stand up against these manoeuvres? It does seem that the public mood, influenced by the Covid-19 pandemic, has been to concentrate on day-by-day, immediate issues – empty shelves in the shops; difficulties in getting medical appointments; how to meet our friends and families – leaving the government less scrutinised and unchecked.

While its actions might be causing us to feel downhearted, or in the words of Italian philosopher Antonio Gramsci, “pessimism of the intellect”, there are some “optimism of the will” points as well. Arguments are being made in the serious media against all these attempts to undermine our democracy, and even the odd Tory politician has spoken out.

Boris Johnson has so far led a compliant party; his MPs have known he will act against them if they step out of line. But the Owen Paterson case has challenged this. It is sad that it has taken blatant corruption for MPs to signal they have their limits, even on what cheeky chappy Johnson can get away with. But John Major speaking out has certainly challenged the Conservative rule of silence.

Also, more and more of the organisations that have a campaigning interest in a particular aspect of democracy are coming together to make common cause, and to show how their interests are relevant to the major issues of the day. ‘Democratise to Decarbonise’ is the latest of these initiatives.

But we have a long way to go! We need more campaigning and more protests! Join in if you can!