DeepMind and the future of medicine in the UK

Charlie McCarthy looks into the decision to award an important new project to London-based Google-owned AI company DeepMind. The project is a significant one for the future of medicine, and may have consequences for a potential UK-US trade deal. 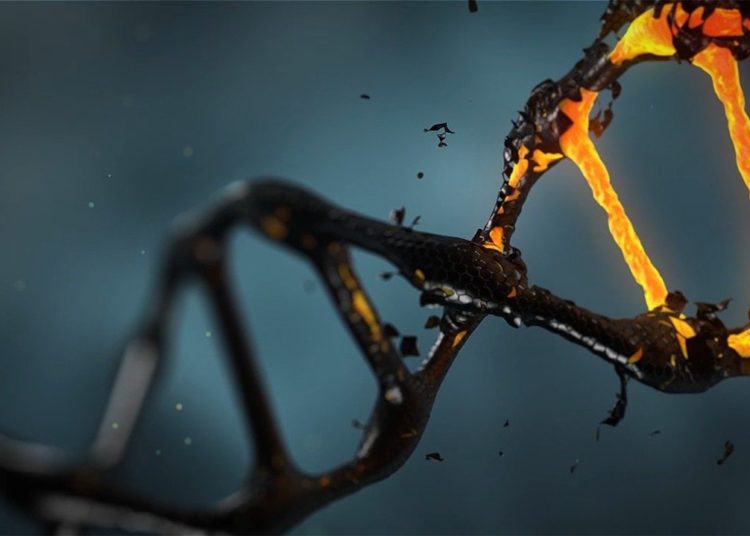 Image by lisichik for pixabay

News of another scientific breakthrough regarding biology’s ‘Holy Grail’ has slipped under the radar, on the back of the roll out of the Covid vaccination programme. It appears to be of interest only to a niche market of science geeks. The news is that Google’s artificial intelligence (AI) company DeepMind, has won an international competition to predict the three-dimensional shape of a protein molecule from its sequence of chemical building blocks called amino acids.

DeepMind’s achievement is important because proteins, the building blocks of life, are intimately involved in every biological process. Many cancers can be traced to an overproduction of certain proteins; insulin, another protein, regulates the body’s metabolism. Many of the world’s greatest challenges, for example developing treatments for diseases such as Alzheimer’s, or finding enzymes that can break down plastic waste, are fundamentally protein problems. Since how a protein works depends on its three-dimensional structure, being able to accurately predict a protein’s shape is a major breakthrough that could have a huge impact on drug development.

The fact that it has emerged from within commercial giant Google is in itself a major development, but one that we may not welcome with quite the same enthusiasm.

Established in 1994, the ‘critical assessment of protein structure prediction’ (CASP) race had long been a forgotten backwater of biology research. Attempts to find solutions have been made through the use of painstaking and laborious research, requiring multi-million-pound specialised equipment. Many workers in the field privately believed that they would not live to see a breakthrough in their lifetimes.

But now, DeepMind’s latest version of its AI system AlphaFold, has been recognised by the CASP organisers as a solution to this grand challenge. Professor John Moult from the University of Maryland, co-founder and chair of CASP, tried to capture the scale of this breakthrough for non-scientific laypeople:

“We have been stuck on this one problem – how do proteins fold up – for nearly 50 years. To see DeepMind produce a solution for this, having worked personally on this problem for so long and after so many stops and starts, wondering if we’d ever get there, is a very special moment.”

We do not know the full implications of this breakthrough at the present time, but it is likely that new drugs will be developed from our knowledge of the shape of proteins. This might also include the structure of the coronavirus spike protein that binds tightly to receptors in our nose. Knowledge of the protein’s shape may allow research scientists to identify the binding sites and thereby synthesise therapeutic drugs that prevent the initial binding process from happening.

DeepMind is a London-based, British AI company founded in 2010 and acquired by Google in 2014. It is at the forefront of a paradigm shift that is witnessing the rapid use of AI techniques in biological sciences research. This is bringing huge investment in the field and speeding up breakthroughs. However, it also raises the question of a return for this investment.

Progress in science has traditionally relied on the free distribution and sharing of knowledge, but DeepMind is just one example of a new breed of commercialised research companies. There is a possibility that the end results of research carried out in such institutions may not become freely available. In a future healthcare system dominated by big data and AI, there are growing concerns that, while breakthroughs such as DeepMind’s protein structure development may be achieved rapidly and new drugs and treatments may become mainstream faster than ever, there may be a high price to pay for this progress.

This comes on the back of fears in the UK that any post-Brexit trade deal with the US could involve our opening the NHS to US companies. Healthcare in the US is operated by private sector businesses who have long had their eye on the NHS, which is regarded by Americans as ‘socialised medicine’, much the same as Cuba’s healthcare system. Although a post-Brexit trade deal will now be negotiated with a very different president, we need to remember the words of President Trump – “When you’re dealing in trade, everything is on the table” – and the fact that America has a long history of negotiating trade deals that are advantageous to itself.

In the United States-Mexico-Canada (USMCA) trade deal, for example, the US negotiated greater protections for any new drugs it develops, stopping competition from other companies to develop generic versions of them for longer periods and keeping prices higher. Access to the NHS would be lucrative: planned spending for the Department of Health and Social Care in England was £201.7bn in 2020/21, up from £148.8bn in 2019/20.

With advances in medicine coming thick and fast but at high cost, and with the threat of private sector interests making further inroads into the NHS, healthcare in this country is at a potential watershed. Government ministers have loved to talk this year about “our NHS”. Faced with the challenge of funding increasingly expensive therapies and in the light of the news that President Trump is keen to see the beginnings of a trade deal with the UK before he leaves the Whitehouse, ministers may find the true nature of their commitment put to the test.