Cummings vs Ferrier: why the left’s fragmentation is its strength

If the left is to be a truly virtuous movement, it cannot solely criticise the Tories when they make moral errors. It must also be reflective. 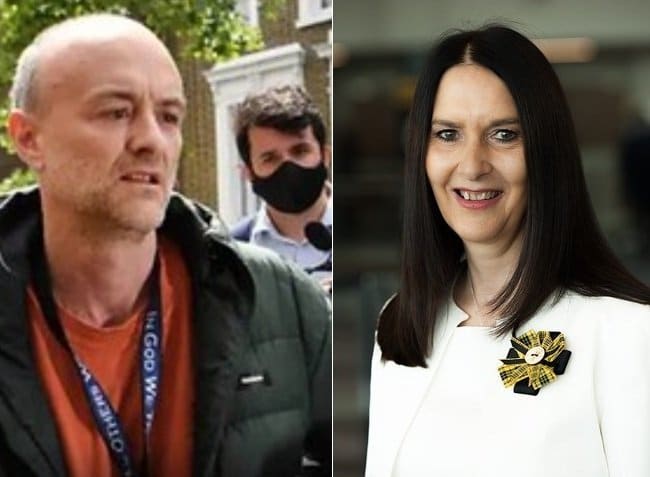 “If only the left could be more united” – a dozen columnists lament each year, whilst proposing Lib-Lab electoral pacts, progressive alliances, or a “new En Marche-style centre party to unite the left”. The political fragmentation of the British left is often cause for concern, particularly when faced with the monolith that is the Conservative party. The Tories’ electoral and parliamentary coalition comprises authoritarians and libertarians, social conservatives and liberals, whilst divisions are rife amongst their opponents.

But the response to the evolving scandal around the SNP’s Margaret Ferrier has shown why this fragmentation makes parties on the British left better and more moral. The Scottish MP was widely criticised following the decision to speak in Westminster on Monday whilst awaiting the results of a coronavirus test, before taking the train back to Scotland the following day after the test returned positive.

This criticism has come from across the political spectrum, with not only the former Scottish Conservative leader Ruth Davidson calling for Ferrier to resign, but with Labour’s Ian Murray accusing her of “astonishing recklessness”, and fellow SNP MPs Kirsty Blackman and Stephen Flynn also demanding that she step down. Since then, Ferrier has had the whip suspended, and First Minister Nicola Sturgeon has gone further, pressuring her to resign. At the time of writing, she has not yet, but that may well change by the end of the day.

This is not the first time that figures on the left have faced consequences for breaking coronavirus rules. In May, Labour’s Rosie Duffield resigned as party whip after breaching the regulations, as did Scotland’s chief medical officer, Dr Catherine Calderwood, under similar circumstances. In contrast, comparable actors within Conservative ranks have suffered no repercussions, most notably the prime minister’s chief adviser, Dominic Cummings.

Contrary to many opinion pieces on the topic, this is not because the left is “inherently good”, or that Conservatives are “inherently spineless”; it is due to the differences in the way that their movements are structured.

The very same disunity on the left that commentators complain about means that it’s in the interests of a left-of-centre party to criticise another when they make mistakes, to differentiate the two and make an argument for why they are the better movement. As a result, spokespeople on the left are much more likely to have to resign due to pressure from both ends of the political spectrum, as happened to shadow environment minister Lloyd Russell-Moyle following controversy over a series of comments he made recently about the author JK Rowling.

In comparison, it is in the interests of Conservative figures to rally around each other when they come under fire, to extend the expectation of solidarity should they become the subject of their own scandal. Provided they can keep their coalition intact, they can thus weather most political storms. This has been shown by the survival of ministers embroiled in scandal, such as Robert Jenrick or Gavin Williamson, who have faced a barrage of demands to resign from the opposition, but insufficient public objections from their own party to merit stepping down.

This fragmentation can at times be painful, and you need only look to the 2019 general election to see its consequences. The scale of the vitriol levelled in particular between Labour and the Liberal Democrats made both parties look worse, with Jeremy Corbyn attacking the Lib Dems for their support of austerity and the latter making antisemitism in Labour a prominent part of their campaign against them. The election’s result shows the consequences only too clearly.

But ultimately, accountability within parties makes them more credible and authoritative forces. The sidelining of transphobic figures in Labour, and the sacking of Rebecca Long-Bailey from the party’s front bench after sharing antisemitic content, show how the opposition has learned from its mistakes and improved as a result.

Politics cannot be about power alone, but also principles. Politicians consistently poll as one of the least-trusted professions, and we have to improve such metrics if we are to restore our democracy to any kind of good-health. Ensuring that those in power face consequences for their actions is the first step, and the fragmented nature of the left has led to it being much better placed structurally speaking to achieve this.

If the left is to be a truly virtuous movement, it cannot solely criticise the Tories when they make moral errors. It must also be reflective, and look for the errors within its own ranks, rather than attempting to adapt the staunch tribalism of the Conservatives. Whilst we should by no means decry pacts and pragmatism to elect as many progressives as possible in a famously flawed electoral system, we should embrace the pluralism of the left, and cherish the messiness of an ideologically diverse set of parties. Criticism and self-enforced accountability can result in a stronger movement, and one better-equipped to take power, both at a local level and in Westminster.