The PM’s former senior adviser will be giving evidence in the Wilson Room at Portcullis House tomorrow but his sights are firmly locked on Downing Street, just across the road, where he is headed like a heat seeking missile. 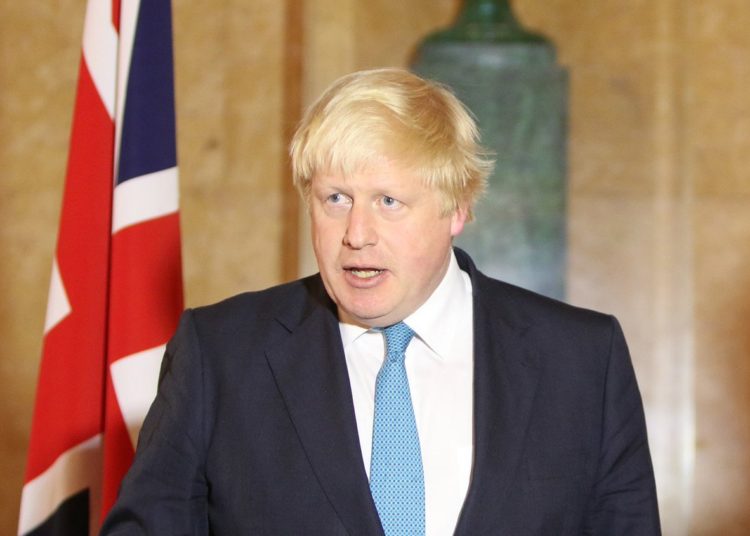 The eagerly awaited appearance of Dominic Cummings before the science and technology committee tomorrow promises to be explosive. The PM’s former senior adviser will be giving evidence in the Wilson Room at Portcullis House but his sights are firmly locked on Downing Street, just across the road, where he is headed like a heat-seeking missile.

The event has already prompted many column inches, in what is taking on the appearance of a proxy war using metaphors as ammunition and with some of Fleet Street’s most powerful press barons lining up on either side.

Opinion varies between those who are providing extra rocket fuel (The Times who would like to see Gove at No 10) and others who are doing their best to create an iron dome over Boris Johnson (The Telegraph for example, who prefer their former employee in Downing Street).

Cummings is certain to jangle nerves in Downing Street

One thing that unites them is the certain knowledge that nerves in the Cabinet Office will be jangling when the former special adviser sits down at 9am in front of MPs. Cummings, once thought the most powerful man in Britain, was an unelected Svengali who dismissed senior cabinet ministers and made all the big calls for the famously indecisive Johnson. He has all the secrets and nobody knows which of them might be revealed.

On Saturday, The Times ran an article by policy editors Steve Swinford and Oliver Wright headed, “Dominic Cummings ready to ‘napalm’ Boris Johnson over Covid lockdown.” It claimed he was motivated by revenge, with a friend quoted:

“[Cummings] thinks Boris is a clown who failed to learn the lessons of the first lockdown and even when we had all the data and knew what was going to happen, he did nothing. He’s not going to stop. He’s not going to get bored. I don’t think he’ll stop until Boris is no longer prime minister.”

The Times quoting an anonymous friend of Cummings, 22 May 2021

Last week, Rachel Sylvester, also in The Times, asked if Cummings was a maniac or a genius and said he has nothing to lose, while Johnson has nothing to gain from the confrontation. She quoted Sam Freedman, who worked as a policy adviser for four years at the education department alongside Cummings and knows him well:

“[Cummings] won’t have any compunction about using whatever he’s got. Once he’s in a fight, he will keep fighting. He won’t back down.”

Cummings apparently likes to quote Vladimir Lenin’s motto “The worse, the better” to make the argument that significant change comes only through disruption.

Heather Stewart at The Guardian thinks Cummings evidence could “settle Boris Johnson’s fate” and quotes an anonymous senior Tory who also knows Cummings well: “He doesn’t like the way he left: he thinks he should still be there,”

Asked about Cummings’ intentions, the senior Tory added: “I think he wants to get Boris out.”

Are Gove and Cummings working together?

Meanwhile, The Telegraph, always an unstinting supporter of their former columnist, publish a piece from associate editor Gordon Rayner: “Coup or conspiracy? Tories sense ‘shapeshifter’ Gove and Dominic Cummings are stalking No 10”. Needless to say, they answer their own question, it’s a conspiracy with Gove the beneficiary.

“Ministers are terrified of standing up to Michael [Gove] because they think Michael’s allies are everywhere and will ensure they get sacked in the next reshuffle. Boris is totally hemmed in by Gove’s people, and they will all have Dom on speed dial and WhatsApp.”

The Telegraph 24 May 2021 quoting a senior Tory MP

We know Gove doesn’t think much of the PM’s leadership skills, because he gave a press conference about that very thing in June 2016 which scuppered Johnson’s bid to replace Cameron. It’s hardly a secret. But if there is such a conspiracy between Cummings and Gove it would be even more explosive, and the fallout could destroy Gove’s ambition to take over the vacancy at the top of the Tory party.

Gove and Cummings go back a long way. The met apparently at a Business for Sterling breakfast, held at the Royal Automobile Club in Pall Mall. Gove was then a leader writer on The Times. Later, after Gove became an MP and then shadow education secretary, he asked Cummings to be his adviser. In 2010, when Cameron appointed Gove as education secretary, Cummings followed him into government.

Gove’s wife is Sarah Vine, a columnist at the Daily Mail which has been relentlessly attacking Johnson for months. She was also formerly arts editor at The Times.

Most don’t think the revelation that the government followed a ‘herd immunity’ plan is the smoking gun. In a 59-post Twitter thread, Cummings has already pointed out this was the official policy at the start of the pandemic (as Yorkshire Bylines did in April 2020). But he will criticise the prime minister for much of the inertia that led to many avoidable deaths.

The weekend allegations, again in The Sunday Times, that Johnson missed the first five COBRA meetings on Covid-19 because he was trying to finish writing a (still unfinished) biography of Shakespeare, and so avoid having to repay a £98,000 advance given in 2015 by Hodder & Stoughton, rings true and is typical of the disorganised and chaotic life and finances of Johnson.

But I don’t think even that will damage his popularity. It’s what people like about him. Cummings will know this.

Someone who is sympathetic to Cummings told Ms Stewart at the Guardian that, “The truth is, Dom is right on a lot of these issues: there was advice to lock down earlier, and that wasn’t taken, and ultimately that’s a matter for the prime minister.

“But with all of these things, it’s the narrative: and the overall narrative now is how we have come out of this. The public don’t want to hear it: that’s the blunt truth.”

Downing Street will be hoping that’s right. Cummings will be trying to prove him wrong.  You can be sure he will have a surprise up his sleeve.

Watch the session live streamed tomorrow at 9am HERE.