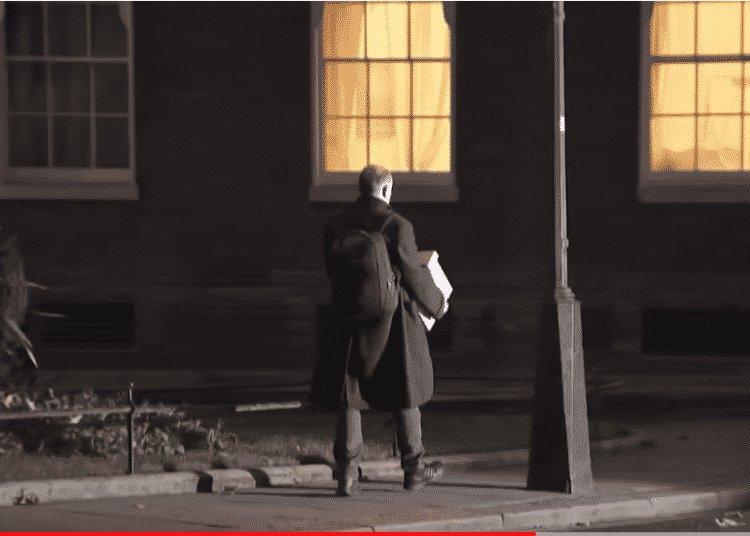 Dominic Cummings, the man Johnson fired last year after a No 10 power struggle, was engaged in a marathon pitched battle on Twitter yesterday afternoon. The storm followed a BBC podcast in which Lord Barwell, Theresa May’s former chief of staff, rejected Cummings’ suggestion that the Northern Ireland protocol was ‘opaque’, as nonsense.

Barwell’s criticism was enough to trigger the prime minister’s prickly self-obsessed former senior adviser into a furious engagement with all and sundry in a series of Twitter exchanges that went on for several hours, branching out into different arguments as the afternoon went on.

Cummings has 169,000 Twitter followers and at times yesterday it must have seemed they were all his opponents. He triggered the blast by continuing to insist that the protocol is opaque and a fudge, claiming that it suited both sides in autumn 2019.

David Gauke, a former justice secretary, who recently wrote an article in the New Statesman about Cummings always solving a problem by making things worse, then asked if the border checks in the protocol were ‘opaque’ and in response to some forensic questioning, coaxed some surprising answers.

Cummings eventually conceded that the Northern Ireland protocol “meant some checks [were] needed” but the blame for that is placed squarely on a “long string of errors in sw1”. He suggested that if Vote Leave had taken over immediately after the referendum it would have been a “VERY different story!”

Gauke then asks the killer question:

Northern Ireland has consistently been the biggest stumbling block to Brexit. As campaign director of Vote Leave, the super forecaster Cummings failed to anticipate any difficulties before the referendum and even now refuses to acknowledge the risks to stability in the province, or the integrity of the United Kingdom.

Cummings plays down the problems of Northern Ireland

He dismisses any suggestion that Ireland would have been anything other than a bit part in the negotiations:

Think outcome wd have been Macron insisting on checks between Ireland and the SM! Cos we'd have refused ANY checks anywhere & Ireland wd not have dared build anything either

Cummings seems unaware that border issues are an EU competence and that France, and President Macron, has no more influence than any other member state. This is apart from the international opprobrium of the UK being seen trying to force Ireland into a disastrous move that it would have dismissed out of hand.

Later he rubs salt into Irish wounds by saying other priorities, which he fails to identify, were “x10,000 more important”. Some “relatively minor problems in Ireland” were not a priority for Johnson’s government apparently.

This from the prime minister’s former senior adviser, who at one point had the nerve to accuse SW1 of “playing student politics”. You could not make it up. What possible issue could have been 10,000 times more important than Ireland?

Cummings plans for an open border would have breached WTO rules

When someone suggests the World Trade Organization (WTO) would never permit the UK or the EU to have an open border anyway without a free trade agreement and there would be a legal challenge from third countries under most favoured nation rules, he dismisses that with a swipe at lawyers and international law:

Any diplomatic backlash would apparently have been a bit of ‘noise’ and the rest of the world, including Washington, would have “focused on more important stuff, not [the] Irish border”.

As another Twitter user said, it isn’t just about the law, it’s also about international trust and biding by the rules. But to men like Cummings and Johnson the rules are for little people and little countries, not for the United Kingdom.

Cummings’ Court of Appeal claims about the Electoral Commission were “wrong”

Jessica Simor QC pointed out this was, in fact, not true:

Cummings seems to have spent close to nine hours yesterday flailing about on Twitter with a mixture of bluster, ignorance and falsehoods in a desperate rear-guard effort to ‘prove’ that the utter disaster of the Northern Ireland protocol was in fact the result of his brilliant negotiating skills, plucking victory from the jaws of defeat at the last minute in October 2019.

In doing so he only served to reinforce Gauke’s central charge: that Cummings solves one problem by disregarding everything else and by doing so, creates other more dangerous and intractable problems which require ever more reckless solutions.