It’s not just musicians who’ll suffer, it's all supporting businesses too. 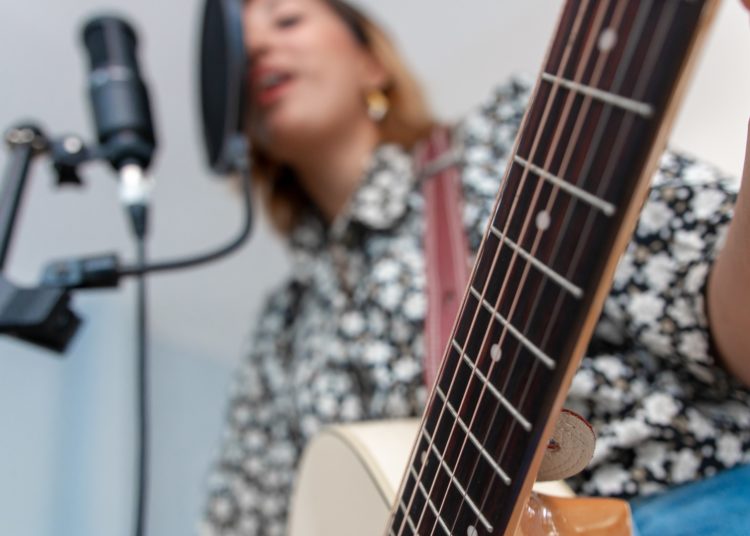 Photo by Kelli McClintock on Unsplash

When The Independent broke the story on 10 January that the UK’s Brexit negotiators had, incredibly, turned down the EU’s offer of visa-free access for creatives because they didn’t want EU artists coming the other way, the previous anger and sense of betrayal of members of this multi-billion pound generating sector of the economy flew off the scale.

For the last 12 months, many had resigned themselves to the new reality of Brexit. For touring musicians this means needing a Tier 5 temporary work visa (£244 if applied for three months in advance, or £500 for expedited visa) plus the return of the dreaded carnet, which requires every single item you’re travelling with (down to every last string, even broken ones!), to be itemised and checked at every border crossing.

Each time they visit an EU country.

The economics of this are simple: if you’re U2, you employ a team of administrators and increase the price of your t-shirts; if you’re a solo artist, or an emerging band, forget it.

However, the revelation that the EU offered such a big concession and was turned down, has turned the anger up several notches.

Johnny Campbell is a Huddersfield-based folk artist who used to spend about six months each year touring Europe with only a guitar and a rucksack full of merchandise. The tradition of pay-as-you-feel meant his living was precarious but feasible. It’s now gone completely. His response was one of exasperation.

“It’s short-sighted at best, malicious and calculated at worst. Britain has been a world player for decades when it comes to exporting art and music, and has long been a place where overseas artists aspire to perform. For little reason, this country is turning inwards and strangely, is proud of it.”

Attila the Stockbroker has made a living since 1981 touring all over the UK and Europe, both as a solo act performing standup poetry or with his band Barnstormer, who play punk on early music instruments. He can remember the days of the carnet and, predictably, doesn’t mince his words.

“I didn’t think it would be possible for me to hate this government more than I do. This simply beggars belief. No justification, no purpose, no benefit  – unless Brexit is literally being organised at the whim of ancient,  pinched-faced, music-hating Mail, Express, Telegraph and Sun readers.”

One counter-reaction to this is often to suggest that these artist types are just lazy and should all now get a “proper job”. Certainly, that seemed to be the government’s stand when the Fatima’s Next Job Could Be In Cyber ads went out in October. However, the numbers speak for themselves. Fishing is worth £1.4bn; creative industries £11bn.

The numbers of people employed is also significant: 12,000 work in fishing, whereas 46,000 earn a living performing and, of course, a far greater number work in industries that enable those performers to perform: stage managers, lighting designers, make-up artists, scene shifters, roadies. The list could go on longer than The Mousetrap.

Steve Pottinger, as well as being a renowned poet, used to earn most of his living running the stages at big festivals. It may come as a shock to consumers to discover that bands don’t simply turn up, plug in and start knocking out the hits. For an act on a big stage, there will be about a hundred who are needed so that the show actually happens. His response is damning:

“The UK music industry employs thousands of people, and brings in billions of pounds. However, it seems this government chose to take back control by turning down an agreement for visa-free travel to Europe for UK artists and crew because it would mean allowing EU artists and crew that same freedom to travel to and work in the UK.

“Every time you think this kleptocracy of posh boys have hit rock bottom, they find a new low. It’s not just musicians who’ll suffer if they can’t tour Europe. It’s the sound engineers, the lighting engineers, the backline techs. It’s the caterers and the wardrobe assistants and the production managers. It’s the drivers of trucks and tour buses. It’s the companies they work for, it’s the mechanics they employ. It’s PA companies, and lighting companies.

“And it’s the businesses here, in the UK, where we spend the money we earned working in Europe. Money we’re now much less likely to have the opportunity to earn. And it probably means less music for you to listen to, and fewer gigs.”

When the Beatles went to Hamburg In 1962, they had to pretend to be “students on holiday”, because they didn’t have the necessary work permits. Without their experience playing for beer in Hamburg dives, there’d have been no Swinging London, British Invasion, or pop music industry as we know it, let alone the millions of tourists wanting to see where it all happened and a reputation for exporting culture which has become part of our national identity.

The UK government has, at a stroke, deliberately prevented emerging acts from viably performing abroad. This, in turn, makes it virtually impossible for talent to develop and build audiences. Unless this state of affairs changes, it’s hard to see how the UK’s prominent position in worldwide popular culture can be maintained.