Alistair Cowan writes a satirical piece about Jeremy Corbyn and antisemitism within the Labour party. 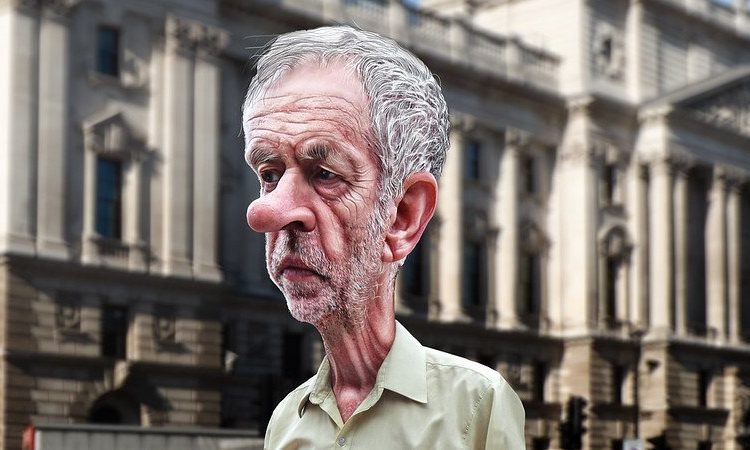 Jeremy Corbyn - Caricature by DonkeyHotey is licensed under CC BY-SA 2.0

Any political party, workplace, church, synagogue, fascist rally or average household in Islington will have its fair share of antisemitic racists. That does not mean antisemitism in the Labour Party was a problem when I was in it. It was no more antisemitic than any political party that requires people to have round-the-clock police surveillance, and that could be said of any organisation. Hezbollah for example.

When I heard that the EHRC had found that the Labour leadership, under the tyranny of Seamus Milne, was guilty of hate crime I was shocked and completely guilty. I almost dropped my copy of the Protocols of the Elders of Zion in deeply felt revulsion. A book that, I hasten to add, is a clever forgery. Really, really clever actually. Quite brilliant.

I have no truck with the suggestion that the world’s media and finances are controlled by a shadowy cabal of rootless cosmopolitans whose sinister tentacles encircle the world. However, the suggestion that the Labour Party, when John McDonnell exerted supreme command, was in any way racist is a fabrication spread by a sophisticated elite, many of them manifesting in human form, who have control of the levers of power throughout the cosmos. No longer will they scuttle around counting their gold (thanks Len! Xx). We see you and we will resist.

I’d came to this realisation after reading a brilliant book called “Mine Camp” the title of which is, presumably, related to the struggle of working class miners to escape from the grasping claw of international finance. It certainly seems to be about that although obviously it’s of its time and some of it may seem a little antisemitic. Which I utterly abhor. Although I feel my foreword in the new edition helps to set the context.

I know, my friends – even my beardy friends with all the guns, race hate and death – that the ultimate responsibility for the failure of the Corbyn project rests in only one place. The British public in its entirety. When faced with the choice of myself or the thief, the crowd called out as one for the thief.

Now, I am not saying I am Jesus Christ – despite my initials it’s for Owen Jones to say that – but I stand before you, watching you pleading with me to prune that tree in my garden, and I weep salt tears as I have no more words to squander. But if you love me as much as I do, you will believe me. I am the least racist person you’ve ever met. My wife’s foreign. I know a Muslim. I have seen Jews. How can I be racist?

And now, my friends, I return to my allotment to spend my autumn years. Sorrowfully rubbing my manhole.