Jane Thomas details the catalogue of corruption at the heart of the government's coronavirus response spending. 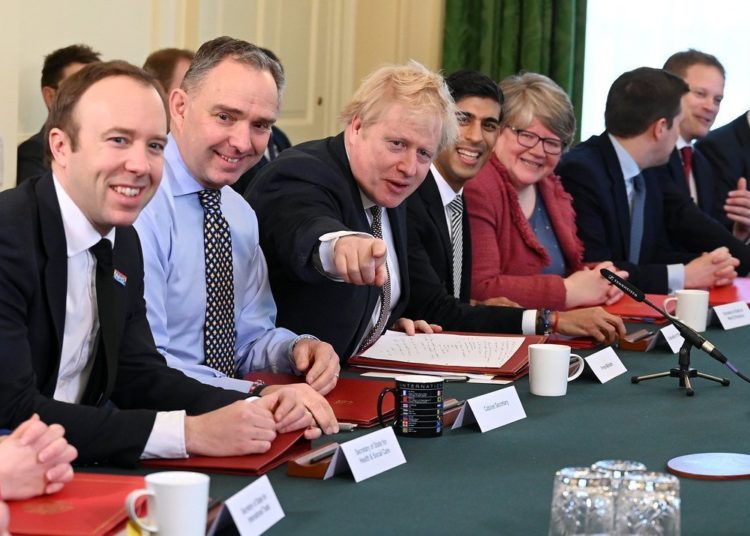 Boris Johnson texted Tory colleagues last week to “form a square around the prittster” as Priti Patel came under fire for bullying allegations. Matt Hancock said earlier this year he wanted a protective ring around care homes. But when it comes to a protective cloak, nothing matches the favours awarded to the government’s chums with recent coronavirus contracts.

Last week, the Nation Audit Office (NAO) published its own report of the Covid-19 procurement process undertaken by the government. It raised concerns over gaps in the documentation of covid contracts, with a number awarded retrospectively or “not being published in a timely manner”. Only a quarter had been made public within the recommended 90 days after being awarded. Over half of the £18bn spent on pandemic-related contracts was awarded without competitive tender.

But what is emerging alongside this lack of transparency is the extent to which contracts have gone to friends of government ministers – something that Yorkshire Bylines’ Anthony Robinson wrote about on Friday.

Between the start of the pandemic and the end of July, the government awarded around £18bn of contracts to buy goods and services to support its response to the pandemic. Under normal circumstances, the procurement process would have been relatively clear-cut and transparent, but using regulation 32(2)(c) under the Public Contract Regulations 2015 has enabled the government to fly under the radar with procurement. Among other things, this allows it to award a contract “directly” due to extreme urgency, as well as allowing for an absence of competition and extending or modifying a contract during its term.

While these measures are justified during a time of national emergency, what is more questionable is where these contracts have landed. Open Democracy has been following the awarding of contracts since the pandemic began. Following the NAO report last Friday they said that a number of firms given contracts without tender have later been found to have close links to the Conservative Party, citing the case of Tory Stroud councillor, Steve Dechan. His firm was given a £156m contract to import PPE (personal protective equipment) from China without any competition, even though the firm suffered significant financial losses in 2019. According to the Times, within months of this contract being awarded, Dechan was able trade his “modest home [in Stroud] for a £1.5m, 17th-century Cotswolds mansion with 100 acres of land”.

Gaining traction this weekend was the Good Law Project and Runnymede Trust’s legal challenge of the government’s appointment of Dido Harding as leader of NHS Test and Trace, Kate Bingham as head of the UK’s vaccine taskforce, and Mike Coupe as director of testing at NHS Test and Trace. As the Observer reported, the not-for-profit Good Law Project and the race-equality think-tank Runnymede Trust, are arguing the roles weren’t advertised or subject to open competition.

In what feels like a mates-rates weekend, the Sunday Times reported that Health Secretary Matt Hancock failed to declare that he appointed his closest friend from university as an adviser and later gave her a £15,000-a-year-role on the board of his department. According to the paper, the Department of Health and Social Care did not respond to questions about a number of possible conflicts of interest arising from her role.

All of this is against a backdrop of the continuing concern about the largely discredited test and trace programme that was outsourced to Serco. Along with Deloitte, they have been largely responsible for the roll out of testing and tracing, yet their success rate is dismal. A BBC report suggested that the contact rate is only around 50 percent in some places (and worryingly, in the places where the virus is most prevalent).

But this didn’t stop the government renewing contracts with both Serco and Deloitte. In October, Serco was awarded an additional £57m to provide Covid-19 test centres; and earlier this month, Open Democracy revealed that £338.8m has been given to Deloitte for test and trace (although no contract for this or any specification for the services procured has been published).

The Labour Party, having seen some of the documents held by the Good Law Project, is now demanding an investigation into a leaked dossier according to the New European. Shadow cabinet office minister Rachel Reeves has been leading the charge and yesterday tweeted

Unsurprisingly, Boris Johnson’s response to all this is to say he is “proud” of the way the government got supplies of PPE at the start of the coronavirus pandemic, according to the BBC. And on the Andrew Marr programme yesterday, Chancellor Rishi Sunak said “I’m not going to apologise for us acting in that way” when asked about whether the purchase was a misuse of public money to buy face masks that don’t work.

Today, the prime minister will make a series of covid-related announcements, including plans for a three-tier system for England once the national lockdown ends on 2 December. He is desperate to regain some positive news coverage after what can only be described as a miserable seven days – Cummings leaving, a new dose of quarantine, a self-inflicted gaff on devolution, the NAO report on procurement, and Pritigate. And that was the week the PM was hoping things might be turning a corner!

The prospect of a vaccine is welcome – not least to a beleaguered prime minister. But he has to reassure an increasingly sceptical public that when this programme is rolled out, it will bear none of the hallmarks of test and trace fiasco. As more evidence comes to light of the extent and reach of the chumocracy, there needs to be a concerted effort to make sure a mass vaccination programme is undertaken in public and by public agencies. It is after all the public’s money to be spent for the good of the public – not to line the pockets of the government’s mates.