The Organisation for Economic Cooperation and Development (OECD) recently warned that the economic shock from the present coronavirus pandemic was already bigger than the financial crash of 2008–09. 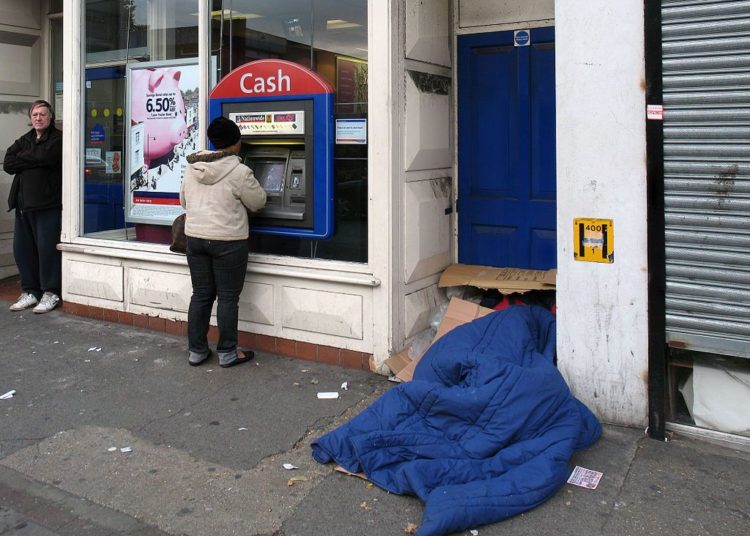 The Organisation for Economic Cooperation and Development (OECD) recently warned that the economic shock from the present coronavirus pandemic was already bigger than the financial crash of 2008–09. It means we are almost certain to be looking at another ten years of austerity at least, but this time on steroids.

Angel Gurría, OECD secretary general, recently told the BBC it was “wishful thinking” to believe that countries would bounce back quickly.

Chancellor Rishi Sunak, is finding himself in a situation similar to that faced by Alistair Darling exactly twelve years ago. On 11 March 2008, Darling was delivering his first budget. He confidently forecast a modest increase in borrowing for the coming year at a mere £43 billion or 2.9 per cent of GDP, falling to 2.5 per cent in 2009–10.

Unfortunately for Darling he was forced to rise to his feet in a crowded House of Commons the following year and deliver his second budget, at the height of the financial crisis. He told assembled MPs that the UK economy would shrink by -3.5 per cent (it turned out -4.2%) and his forecast for government borrowing had shot up to £175 billion pounds (it finished up at £158 billion) or 12 per cent of GDP, the equivalent of about a quarter of all government spending.

There were gasps of disbelief from the Conservative benches.

This was an enormous sum and led directly to ten years of belt-tightening austerity as government spending was squeezed and squeezed again. The public sector was systematically hollowed out while wages entered the longest period of stagnation since the Napoleonic wars . Food bank use rocketed into a small industry.

How could Darling have got it so wrong? Rishi Sunak is about to find out.

By an odd coincidence Sunak also delivered his first budget a few weeks ago on 11 March and he was very happy to quote the Office of Budgetary Responsibility’s (OBR’s) figures, which were surprisingly close to Darling’s in 2008. Borrowing was to be a perfectly manageable 2.1 per cent of GDP in 2019–20, rising to 2.4 per cent in 2020–21.

Within two weeks his Johnson-like optimism about the public finances was brought low by a tiny virus.

Six days after his impressive first appearance at the despatch box as chancellor, it all began to go wrong. Sunak had to announce a series of emergency economic measures intended to prop up the economy. Measures that apparently were not foreseen the week before. Four days later we got another one, an “unprecedented” job retention scheme.

The economics editor of The Sunday Times had a front page article on 22 March following these two hastily cobbled together rescue packages. David Smith said Sunak’s budget included a modest £12 billion to support industry through the pandemic. The first emergency scheme added another £20 billion plus £330 billion in loan guarantees. The job retention scheme announced on Friday 20 March would see the government funding 80 per cent of the salary of anyone in danger of being laid off – known now as retained workers. This last package, Smith said, “will dwarf the other two”.

There was yet more to come after that with a further announcement on 26 March providing help for the self-employed. We also know a big financial aid package is being put together to rescue the airlines. The price tag for all of this is unknown but rest assured it will be a very big one and comes as government tax revenues are about to plummet.

None of this is to argue that the level of support is unnecessary or even excessive. Governments around the world are doing exactly the same thing. But in 2021 Sunak, like Darling before him, will be presenting a very different second budget. Next year the gasps will come from the Labour benches.

Where will all the money come from?

Faisal Islam, the BBC’s economics editor, thinks most of it will be borrowed – assuming we can find the lenders – and by taxation if we can’t. Probably it will be a mixture of the two. But since borrowing is deferred taxation anyway, it means it will all come from you, your children, or your grandchildren eventually.

And don’t forget the economy was already flatlining in the last quarter of 2019 while Fitch, the ratings agency, recently further downgraded our credit rating to AA-, the same as Belgium and the Czech Republic.

Brexit will only add to Sunak’s problems. What Alistair Darling, and later George Osborne, didn’t need to worry about was the prospect of a huge, wilful but entirely voluntary disruption to the decades-long trading relationship with our largest customer and biggest supplier, the EU. In November 2018, the Treasury forecast that this would cost the UK over the next 15 years a reduction of 4.9 per cent of GDP with a free trade deal or 7.6 per cent of GDP without one, as set out in Table E2 EU Exit Long -Term Economic Analysis . Remember the painful 2008–09 crash cost a mere 4.2 per cent of GDP albeit over a short time period.

All of this will be on top of the massive economic cost of coronavirus.

After coronavirus is brought under control there will be a need to get trade back up to pre-existing levels as soon as possible. It will be a long, hard road for us all.

But no other nation will attempt to recover from a deep recession while at the same time deliberately erecting trade barriers with its nearest neighbour, in our case, the world’s largest and richest trading bloc. This will be the Conservative’s own entirely self-made crisis, but the government is still insisting there will be no extension to the transition period.

In a few years we may look back on the 2008 financial crash and the ten years of austerity that followed as halcyon days.

Incidentally, the national debt in 2008 stood at about £500 billion. The OBR’s fiscal outlook of March 2020 forecasts it to quadruple to £2.03 trillion by 2024–25 even without taking into account the impact of coronavirus.