Today’s daily press briefing was important, coming as it did on the eve of lockdown restrictions being lifted despite thousands of new Covid-19 infections every day. 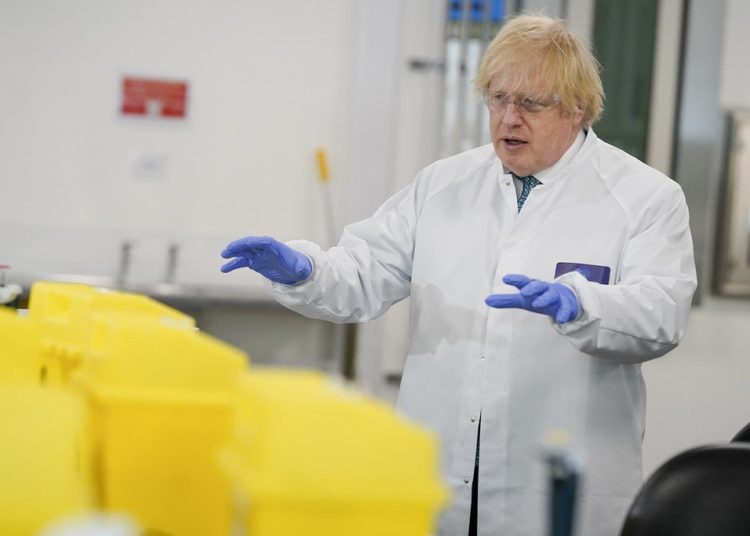 Today’s daily press briefing was important, coming as it did on the eve of lockdown restrictions being lifted despite thousands of new Covid-19 infections every day.

Indeed, Boris Johnson was only too aware that he had to tread a careful line between being upbeat and giving a sense of being in control of the pandemic. This was even more crucial given the public outrage at his father’s jolly to Greece this week.

Pubs are reopening, yet over the last 24 hours many local theatres have said they will be closing or going into administration. As Johnson was speaking to the nation, the National Theatre confirmed that it would be cutting 400 casual staff jobs, with front-of-house and backstage staff told they will be only paid until the end of August.

“The success of these businesses, the livelihoods of those who rely on them, and ultimately the economic health of the whole country is dependent on every single one of us acting responsibly,” said Boris Johnson at his press conference.

Little wonder then that Stanley Johnson’s trip to Greece was met with such widespread condemnation, reopening the old wounds about Dominic Cummings’ trip to the North East. One rule for the elite, another rule for the rest of us. Yet it is absolutely essential that we follow the guidelines. Chief medical officer Professor Chris Whitty warned us once again tonight that if we don’t take these guidelines seriously, it will makes a second spike more likely.

Equally shambolic has been the easing of quarantine and travel arrangements. Some 59 countries are now open to travellers from England, though half of those have restrictions when you arrive there. The complication is that the quarantine arrangements are different in Scotland, Wales and Northern Ireland. Indeed, the list the UK government drew up was not even shared with the devolved governments.

Hours before lockdown restrictions are eased in England, new figures showed the R rate had risen above 1 in London – meaning cases of the deadly virus could be growing again as reported earlier in the Mirror. The same report also suggests that the transmission rate may already be as high as 1 in Yorkshire and the North East as well as in the Midlands, the South West and the South East.

This may explain why Boris Johnson suddenly mentioned that the government was having to take big measures in Sheffield. Which came as quite a shock for someone who lives in Sheffield and has spent the last week writing about this. Indeed the figures released yesterday, for the week ending 28 June, show that whilst Sheffield is not complacent, the rate of cases per 100,000 people here is 24.4. For context, the rate in Leicester is 141.3, Bradford 45.8 and Barnsley 35.1.

Maybe he’s had a hard day at the office. Maybe the baby has been keeping him up. Or perhaps he doesn’t know the names of very many places in Yorkshire. But during a national pandemic we need reassurance that our leader is on top of his brief. This was by any measure a shambolic daily briefing. The prime minister simply rambled on, making no mention of the important daily stats; we saw once again his buffoon act, when what we really needed was clarity and leadership.

So remember, if you are thinking about going to your local pub tomorrow – think first about the 137 deaths recorded today. Our prime minister might not be quite sure of the right thing to do, but we are.

The impact of the covid crisis on men’s mental health

The impact of the covid crisis on men’s mental health