Construction workers are dying as a result of work continuing around the country: the profession already has high Covid-19 death rates. 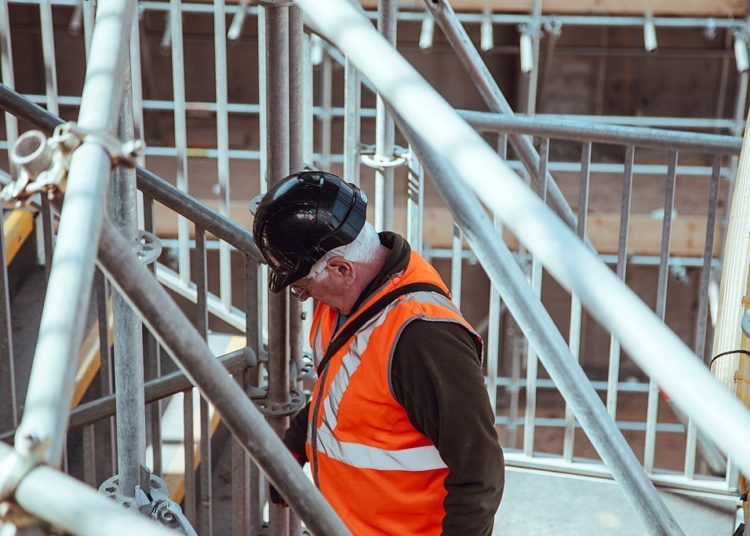 Back in late March, as the country had just gone into lockdown, and I was cycling to the House of Lords as we passed what is now the Coronavirus Act, central London was an eerie place. It was practically deserted. #StayHomeSaveLives had just been invented and was really being followed.

The noise of construction – drills and angle-grinders, pile-drivers and hammers – stood out loud and clear, robbed of the usual cloaking hubbub.

I don’t read that much science fiction, but it wasn’t hard to imagine this as the setting for a novel in which the humans had disappeared and the robots just kept working. But, of course, these weren’t robots at work, but flesh and blood, vulnerable human beings. And they had to get to those building sites.

The government had said that construction work should continue, and in central London at least, it largely seemed to. That was cue to an early row between the mayor of London and the prime minister over why the tube was so crowded, by some of those same builders. As it was again this morning.

Here in Sheffield, just down the hill from me, are the famous (and infamous) Park Hill flats, victim of Tony Blair’s privatisation drive. They’ve been sitting largely empty for decades, but through the lockdown, reconstruction work has been continuous. (I can tell from all the builders’ cars parked on my street. There’s food for thought there about why air pollution, which has left many more vulnerable to the coronavirus than they might have been, hasn’t fallen as much as might have been expected in our choked city.)

I’ve been in two minds about that particular construction project continuing. On the positive side, with homelessness rampant, it is good to see solid, good housing – derelict for decades but right in the centre of the city beside a public transport hub – being brought into use; even if it isn’t going to be the social housing that it once was.

But, what about the workers? Construction workers are dying as a result of work continuing around the country: the profession already has high Covid-19 death rates. And they are clearly a significant reason why the reproduction rate of the virus – the R figure that determines whether or not the epidemic is still growing – is thought to be hovering perilous close to the crucial 1.

Construction sites might have been operating under social distancing rules – in so far as that is possible – but some of those builders were going home to households with vulnerable members, and medical and care workers, at high risk of contracting SARS-CoV-2.

I’m a builder’s daughter, so I spent quite a bit of my childhood on construction sites. It is far from easy to see how social distancing can be consistently maintained. How do two people lift a short but heavy beam without getting closer than two metres? What if two people are needed to connect a pipe in a narrow excavation? How do you construct scaffolding that way?

When I walk past Park Hill it often seems that the behaviour you can see from the road is performative – a show put on for passers-by like me, saying “look, we’re at a distance”. But sometimes even that isn’t attempted. Images from a Sheffield city centre construction site have gone viral (we really need a new social media term for that) this morning. From these pictures, there’s not even an attempt being made to make it look like physical distancing is being maintained.

This follows Boris Johnson’s push last night to restart much of the construction that stopped during the lockdown, despite the government’s initial intentions. At least in England.

What makes this particularly ironic is that the controversial Sheffield construction is for student housing – housing that is (or was) likely to be used for foreign students, particularly the large number of students from China who make up a significant proportion of the communities of Sheffield’s two universities.

It seems highly unlikely they’ll be here in anything like the same numbers any time soon. If indeed there’s anything like a normal return to university in September by any students. And there was already concern about too much student housing being built in the centre of Sheffield: local Greens have been calling for a review since 2017.

That left me thinking about much of the construction restarting this week. Despite frankly risible attempts to talk about a V-shaped recovery, it is clear that we are heading for a ‘new normal’, involving a great deal of working from home, much less use of entertainment venues and restaurants, huge changes for our education sector, and potentially a move away from living in expensive cities.

Yet nearly all of the construction restarting this week is on projects begun before the epidemic was even thought of – central office blocks, ‘luxury’ city housing, retail outlets …

Some of this construction is of course essential. Up the hill from where I live is a major project of new family homes, the kind of properties that some households – now struggling through the lockdown in cramped, overcrowded flats – desperately need. That is the construction we must have.

But a delay of a few more weeks to ensure the safety of those building it – and all of us – should surely have been considered. We need a pause – a rethink about what construction we now need, and what we don’t.