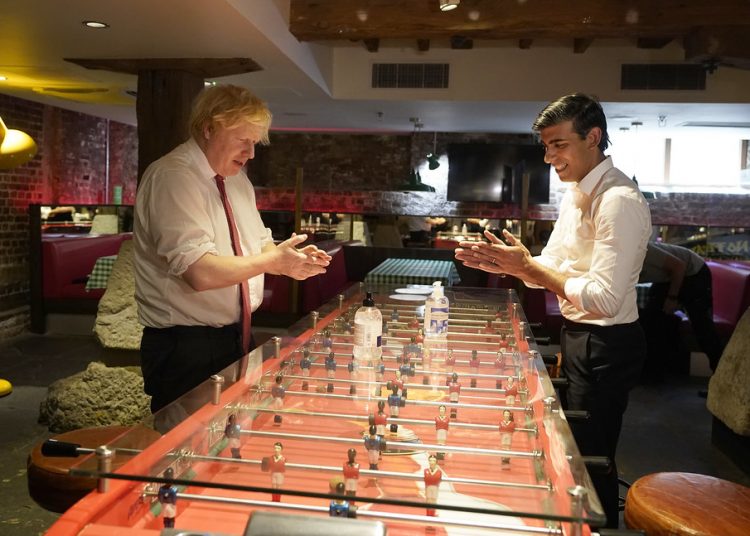 Like the first swallow of spring, one disgruntled outburst from the 1992 Committee does not make a Conservative Party leadership election. But with talk about Boris Johnson facing an imminent challenge for the leadership of the Tory party becoming louder and louder, here is a list of the runners and riders …

The success of the Conservative Party

The British Conservative and Unionist Party is arguably the oldest surviving political party in Western European history. Once memorably described as an absolute monarchy managed by regicide, the Tory party has survived centuries by continually adapting. One of the characteristics of that process of adaptation is the ruthlessness with which the parliamentary party treats its leaders. If it’s not working out with a leader, they get a new one. And no one is above reproach.

Take Margaret Thatcher for example. She faced a leadership challenge from Michael Heseltine in 1990, not because she was unpopular (although she was), but because many Tory backbenchers seriously thought they would lose the 1992 general election. Looking back at Neil Kinnock the thought may seem fanciful, but it didn’t seem that way in the summer of 1990. If Thatcher can find herself facing the axe from her own party, so can anyone.

Prime Minister Johnson is currently experiencing the sound of the axe being sharpened all around his ears. A celebrity politician and media figure who got lucky, he finds himself hopelessly out of his depth and in over his head. Regarding covid, on the one hand, there’s the science. On the other, there are the Tory backbenchers – rich, wealthy, elitist business leaders, many of whom are landlords and shareholders, and many of whom regard covid as an unpleasant encumbrance on the real business of making money.

Johnson’s hand was forced by the 1992 committee. They made it abundantly clear that if he locked down again, he would go on the way out. Johnson may have bought himself time with avoiding another lockdown but faced with the virus very much still with us (there’s a growing view that this is a 3–4-year pandemic), and many Tory MPs resent the tax increases and large public spending required, Johnson’s position is not safe.

Let’s have a look at some of the runners and riders. The odds on the following Tory MPs are based on the best odds-on offer from Oddschecker.com at the time of writing.

The most popular Conservative politician in the country by far. Perceived by the electorate as being responsible for furlough, the overwhelmingly successful maintenance scheme which kept families and business afloat during the crisis. Labour leader Keir Starmer unwisely chose not to associate himself as much with the furlough scheme as he could legitimately do (furlough was a proposal from John McDonnell, so Labour could credibly claim to be the co-parent of furlough). Sunak is, rightly or wrongly, seen as the ‘man behind furlough’. Now Sunak can mop up the votes from a grateful nation.

But there’s a problem: all that big spending hasn’t endeared him to the libertarians on the Tory backbenchers. The recent budget, with its reversal of tax increases, was a cynical attempt to placate the backbenchers ahead of a leadership election. His biggest challenge will be getting on the ballot. 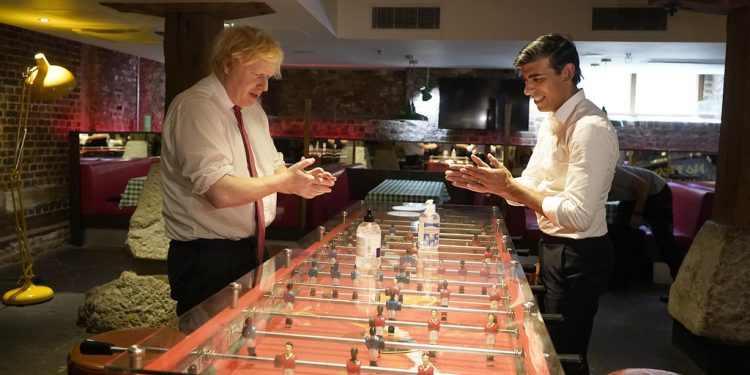 The anti-Sunak and currently the most popular Tory hopeful amongst Tory Party members according to Conservativehome.com (though it’s neck and neck), Truss has been doing her very best to appeal hardest to the Tory faithful, for whom, only Mrs T will do. The Murdoch press has been pushing Truss hard in recent weeks. Her flying around the world signing treaties with other nations has endeared her to the libertarians in the Tory party. If she gets on the ballot, she’ll be a tough opponent. Her biggest problem will be she may have fired her big guns too soon.

Michael Gove, really? Still baring the scars of his brutal assassination of Johnson’s leadership hopes in 2016, he narrowly missed out on getting on the ballot two years ago. Believed to be one of the most pro-lockdown members of the cabinet, it’s hard to imagine him getting on the ballot, or being the choice of the membership. However, Murdoch is believed to be still keen on creating his own ‘Murdoch free school’ for budding journalists. Prime Minister Gove would be able to push it through. Don’t count him out.

Johnson’s opponent in the 2016 leadership race. Often credited with more competence and compassion than he deserves, would be an ideal ‘anti-Johnson’ candidate. He hasn’t been on the scene much since 2019, after he turned down the role of defence secretary in a Johnson government.

A Tory hardliner par excellence. She’ll certainly appeal to the so-called ‘Red Wall’. However, several gaffs and scandals have engulfed her, including accusations of bullying civil servants undeclared trips to Israel No one doubts her right-wing credentials, but she’s perceived as a poor departmental governor.

A long-shot candidate. His odds have plummeted in the last year or so. But who knows?

How does the election process work?

The election works like this, a field of hopefully Tory MPs must win the support of the parliamentary party is a straightforward vote. From that field, the two MPs with the most votes from their parliamentary colleagues are put to a ballot of Tory party members. Tory members will ultimately pick the next prime minister, but for the candidates the real challenge is getting on the final ballot that goes to Tory members.

The parliamentary Tory party can only be really relied upon to do one thing: to pick the candidate most likely to win an election. That should by rights be either Rishi Sunak or Liz Truss.

But many Tory backbenchers, including ‘Red Wall’ Tories, are in a bind. They voted for a post-Brexit Britain of a low-tax, light-regulation economy. However, things didn’t work out exactly like that. The last two years have seen massive spending to manage covid and meet the ‘levelling up’ agenda. Equally there are some Tory MPs who are enthusiastic about the idea of big infrastructure projects for the north. Finding a leader with the skill and ability to reconcile these two conflicting views won’t be easy.

Perhaps there won’t be a leadership election at all, Sir John Curtice says the recent slump in the polls is due to Tory collapse rather than Labour gain. In other words, the opposition hasn’t moved at all. But that collapse is due to Johnson. Perhaps the Tories will choose to stick with what they’ve got, but it’s hard not to conclude that Prime Minister Johnson is on borrowed time.