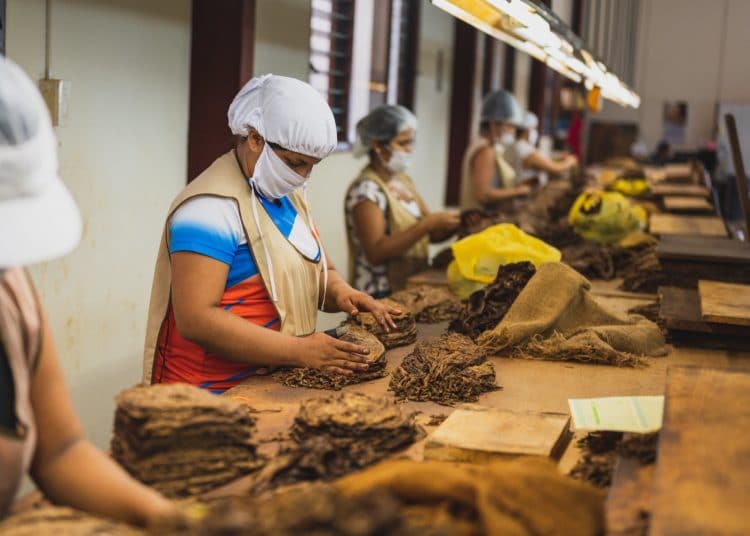 Photo by Thibault Luycx on Pexels.com

In September, the Food Standards (FSA) reported over 40 outbreaks of Covid-19 in food processing plants in the UK. Commenting on Sky News, virologist Professor Young of the University of Warwick mentioned working conditions in plants as a key factor. This is alarming, for it indicates a decline in the overall attention our society now gives to workers’ health and safety.

Meat processers work closely to each other on production lines, making social distancing difficult; additionally the workers are often migrant labourers who billet together in close proximity. Many are on minimum wages paid on an hourly basis, which makes them reluctant to take time off and then have to survive on sick pay. This situation chimes with a recent statement by the chief executive of the British Meat Processors Association, Nick Allen, who said that having to rely on the statutory sick pay of £94.24 a week was a disincentive for workers to take time off, even though they may be ill and possibly infectious.

The UK food industry employs some 400,000 workers. Both the Guardian newspaper and the Public Interest Research Centre suggest the figures for infections and deaths within the food industry are higher than officially acknowledged, suggesting there is some false safety auditing. These recent British statements echo international concerns. The USA has the highest recorded rate, where over 60,000 foods processing workers have tested positive for covid with at least 265 fatalities, according to the Food and Environment Reporting network.

Even Germany, generally admired for its approach to covid, is not exempt. An outbreak at Germany’s largest meat processing plant in North Rhine Westphalia resulted in 1,700 workers testing positive. The German government responded by introducing fines for violations of safety; but more constructively, it introduced a law banning food processing plants from sub-contracting work, which means that from 2021 all work must be done by direct labour employed by the firm.

The Committee on World Food Security (CSF), acting under the auspices of the UN, is currently conducting an enquiry into ‘Resilient food supply chains and workers’ health during Covid 19’. It is worth noting that the UN’s own 2020 report on the ‘State of Food Security’ contains the alarming forecast that the pandemic, coupled with the resultant economic recession, could push over 83 million people worldwide into ‘food insecurity’.

All countries list food production workers as ‘essential’ or ‘key’ workers; but despite this, their safety doesn’t seem to be a high priority. On the contrary, we are seeing the re-emergence of the ‘behaviourist’ approach to workplace health and safety, whereby accidents at work are deemed to be caused by workers’ negligent behaviour and not by negligent management practices.

This view was firmly rejected by the 1974 Labour government’s Health and Safety at Work Act (HASAWA) – a progressive piece of labour relations law that is still on the statute book despite anti-trade union legislation from subsequent Conservative governments (we hope we are not tempting fate by bringing this to general attention).

HASAWA laid the responsibility of providing a safe workplace on employers. Moreover, it says that strategies for making a safer workplace should be put in place in cooperation with workplace representatives, such as trade unions. The mid 70s and into the 80s saw a proliferation of trade unions and further education college courses in workplace safety as a result.

The 1989 EU Strategic Framework on Health and Safety had the same general intent and crucially, in the light of the present pandemic, contained the following instruction:

But the rule of law depends on enforcement beyond that which can be achieved through negotiation between employers and employees. All workplace health and safety depends on a trained inspectorate – in the case of the UK, the Health and Safety Executive (HSE). The House of Commons library reveals that the funding for HSE inspectors has declined during the Tory period of office (since 2010) from £239m to £136m and the number of inspectors has been reduced from 1,495 to 978.

Behaviourism has been making a comeback in the pandemic – witness Johnson’s own slimming down and advocating “lifestyle” changes to combat Covid-19. Of course, a healthier lifestyle contributes to general health and should be promoted, but there is more than a hint of victim blaming to this approach, as similarly implied with accidents at work. Additionally, such behaviourism relieves the employer of their responsibilities under British and European statutes.

In its evidence to the CSF enquiry mentioned above, the International Food Workers and Producers Union said food workers’ conditions should be complimentary to food safety, particularly during a pandemic, and not regarded as a possible add-on.

We must ensure that the lessons from the Covid-19 pandemic lead to an increase in attention to all workers in the food industry – and beyond – and lead to a tightening of the regulations of health and safety at work.

Michael Hindley is a former Member of the European Parliament and now freelances as a writer and lecturer on international politics. He can be followed on twitter @HindleyLancs

Peter Hurst is a health and safety expert in agriculture and food and advises the International Labour Organization and the International Union of Food, Agricultural, Hotel, Restaurant, Catering, Tobacco and Allied Workers’ Associations.