The Common Sense Group are the Tories' recent attempt to silence historians and progressives from telling the truth about the British Empire. 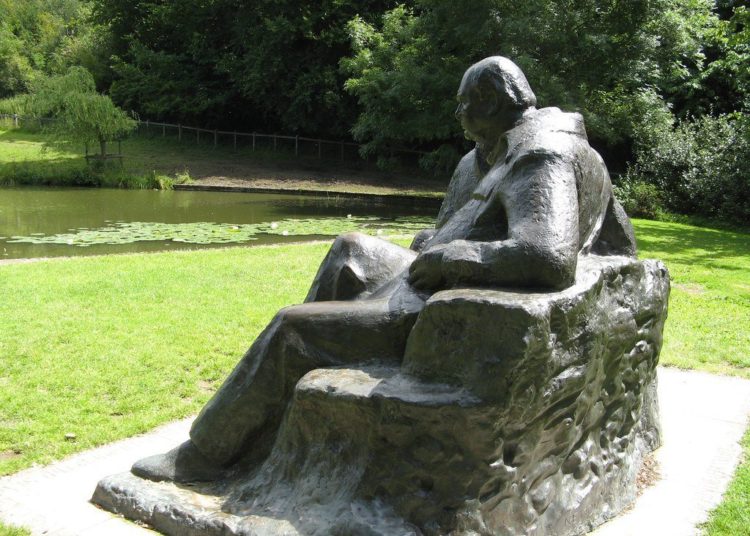 Image by  iknow-uk for Creative Commons.

A new group has emerged within the Tory ranks who are attempting to rewrite history under the thinly veiled disguise of standing up for “common sense”. The so-called ‘Common Sense Group’ (CSG) is a relatively new group of 59 Conservative MPs and seven peers. This cabal of right-wing politicians is just the latest page in the populist playbook, attempting to undo the progress we have made over many decades … and rewriting history in the process.

The CSG was apparently set up as a voice for the ‘silent majority’ whom, we are told, believe that “elitist bourgeois liberals” are condescending and patronising on issues like immigration and race. The CSG’s latest, and first major, move has been to accuse the so-called “snowflake” generation and “woke’ agenda” of “rewriting history” to suit their “Marxist dogma” and liberal preoccupations.

Which MPs are in favour of the Common Sense Group?

Some 25 of the 59 MPs signed a letter, which challenged the notion of discovering alternative historical perspectives. Rather than considering a range of evidence from archives and historians, the CSG believe that history can be recorded in a single way that coincidentally seems to fit their worldview, from a white, Euro-centric perspective.

The language in the letter touches on both racist and antisemitic tropes, which perhaps gives us an indication of the intended audience.

The National Trust, Churchill and colonialism

As a recent Yorkshire Bylines article by Andy Leach points out, National Trust directors included Winston Churchill’s home in Chartwell on their list of properties with links to colonialism and slavery. The CSG’s response was to say that this was an insult to their beloved anti-fascist war hero. While we acknowledge Churchill’s indispensable role in WWII, it seems absurd to suggest it is “rewriting history” to tell the story of Churchill’s support for British imperialism and his obsolete views on race.

The most often quoted example of Churchill’s attitudes is his response to the 1943 Bengal Famine, where an estimated two to three million Bengalis died. At the time of the famine, a group of British officials accused Churchill of causing the impoverishment. His response to this was to reverse the blame, instead accusing Indians of ‘breeding like rabbits’.

After the National Trust saga, one of its members said that she would be revoking her membership, claiming that the charity had become “too political”. This is ironic, given the trust’s mission to educate and encourage people to delve into social and political history through their historic sites. The National Trust commented that they were simply offering “multiple perspectives on history”.

Among the signatures to the CSG letter is a sadly familiar face from Yorkshire – Phillip Davies, MP for Shipley, who can always be relied upon to court controversy. He is the pro-gambling champion of men’s rights who called for sex education to be banned in schools (because he wrongly believed it led to higher rates of teenage pregnancy), and thinks employers should be allowed to pay disabled workers less money – because they’re not as productive. The list of his questionable views goes on, of course. Davies is joined from Yorkshire by two of our newer MPs – Imran Ahmad Khan (Wakefield) and Nick Fletcher (Don Valley).

A ploy from the Tories to win back voters?

The Tories are in a tricky situation: the Blue Wall MPs must retain their seats, but given the current climate of Brexit and a pandemic, simply being conservative may not be enough to ensure the necessary votes. The formation of groups like the CSG – appealing to a more populist agenda – may pull on many of the silent majority’s heartstrings.

With the Black Lives Matter protests continuing and some of their efforts using vandalism or removal of statues (respectively Winston Churchill and Edward Colston), the CSG have already begun to harness the fear and anger of people opposed to the movement, by suggesting that they are ‘rewriting history’ for their ‘snowflake’ agenda.

The letter from the CSG also comes after the vandalism of the Churchill statue in London and the push from Black Lives Matter protesters for a more balanced, truthful history curriculum within schools across the nation. What the CSG call ‘rewriting history’, can also be called simply discussing history: we ought to learn from historians who every day learn about the past and its untold stories.

What does ‘erasing history’ really mean?

After the removal of the Edward Colston statue in Bristol, there were similar cries from the right that this was an explicit example of the left ‘erasing’ history that did not suit their current views. In fact, this move did the opposite: the removal of the statue and the consequent media coverage genuinely prompted healthy, productive and factual discussions about Colston – who he was, what he did, and ultimately the role of British leaders in colonialism and slavery.

History is not stationary: events cannot be isolated, because history exists and affects the future. There can be an unhealthy obsession with glorifying our past and refusing to recognise that history can be told through multiple lenses; this perhaps highlights our current insecurity about where Britain sits as a world power.

John Major’s recent speech was uncannily well timed. He pointed out that Britain is no longer a leading global power, but in fact, a ‘second-rank nation’, and that we must learn to embrace and cope with new history. He is convincing. Rather than eliciting feelings of shame or guilt, thoughts of the British Empire still seem to be a source of pride over our global power and presence.

Many would admit that at school, when learning about British imperialism or slavery, we often failed to discuss the true role our country played. For this, the Mau Mau uprising comes to mind. One of the bloodiest conflicts in imperial history, where British colonial rule led Kenyans to take action against the government after white European-colonists settlers in Kenya occupied their land.

The beauty of history is its subjectivity

We are taught that history is objective and that facts are facts. In reality, history is constantly evolving with alternative arguments. In many ways, the history that we currently learn is already the ‘rewritten’ version that focuses on white heroes like Churchill and Horatio Nelson. We overlook the role that Empire – now commonwealth – countries played in our victories.

Nelson, who with the British Navy defeated France and Spain at Cape Trafalgar, is considered a hero. Yet current history narratives often forget the indispensability of the crews from the West Indies and Africa. Malcolm Godfrey, a retired naval officer who has spent time researching the black sailors who served alongside Nelson, has said, “The problem is that the records at the time show the country where they joined the ship, but not their ethnicity”. So, would the CSG argue that taking Nelson off his pedestal (quite literally) and honouring the fleets from other continents, would be rewriting history? If so, they are troublingly wrong.

History: a reflection of current societies

Evolving historical perspectives are a good indication of how society is constantly changing. History is not simply made up of cold hard facts – it is true that, for example, the outbreak of WWII started on 1 September 1939, but the reasons for the war are still debated and are composed of multiple stories and personal accounts. It goes without saying that it is important to preserve and continue to teach and learn about history, but this is not to say we should refuse to learn new, more deeper reasons as to why things happened.

So what is the motivation behind this move? Is this simply a populist tactic, or are these views deeply held? By denouncing ‘rewritten history’, the CSG are attempting to harness the patriots of the nation who believe that all parts of British history are a cause for pride, despite solid evidence that much of the British Empire committed atrocities, with the support of figures like Winston Churchill.

Dangerously though, this will threaten accurate and positive discussions about history and may thus be a hindrance to younger generations learning the truth about past events. In the words of Jonathan Lis, deputy director of the pro-EU think tank British Influence, “We do not tackle the past with silence”.