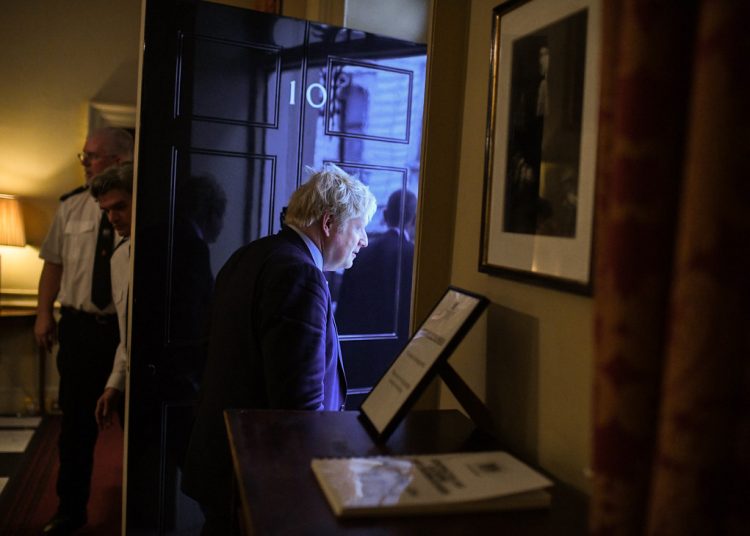 The prime minister’s end is in sight. On Thursday he confirmed he would stand down as soon as the Conservative Party gets round to choosing a new leader. The last episode of The Boris Johnson Show, a long-running production in which the British people were merely bit players and where the hallowed institutions of the state were systematically trashed for effect, is about to start.

He who lived by the lie, has now died by the lie – or at least been mortally wounded. It was all so predictable three years ago except apparently to the 92,153 mostly older white male members of the Tory party who blindly elected him as leader on 23 July 2019.

Uniquely in British political life, he is a prime minister who has been brought down not by questions of policy but because of a lack of basic honesty, integrity, truth and competence.

There have been a lot of damning political obituaries, but I think two that the Guardian have published are well worth reading. Jonathan Freedland says: Everything tainted by Johnson’s lies needs to be undone. That includes his Brexit and the Irish writer Fintan O’Toole is on fine form when he writes: Boris Johnson has vandalised the political architecture of Britain, Ireland and Europe.

The damage Johnson has visited upon this country socially, economically, diplomatically and reputationally may not be fully recognised for years, but it is colossal and unrivalled in our history.

And the final episode may still hold some surprises.

Few things about Johnson retain the power to shock. It would not be a surprise if it turned out he has been a long-standing Russian asset inside the British establishment.

Johnson’s appearance before the liaison committee last Wednesday was fascinating for the exchange between Dame Diana Johnson (Lab, Hull North) and Meg Hillier (Lab, Hackney South) and the Prime Minister over his visit in April 2018 to Evgeny Lebedev’s Italian Castle. Evgeny is the owner of the Independent, the Evening Standard and the TV channel London Live.

Did Johnson, when he was foreign secretary, meet ‘former’ KGB officer Alexander Lebedev, Evgeny’s father, without officials on 28 April 2018? It was the question that Holly Lynch (Lab, Halifax) has been trying to get answered via a written question since March without success.

The PM was defensive throughout and at first said he would have to check and get back to her because it was a “very specific question” as if he had met so many ex KGB officers privately in April 2018 that he couldn’t recall which one without being reminded by his diary.

He also didn’t seem to know if he was foreign secretary or not in April 2018. Eventually, he grudgingly admitted the meeting did take place and in Italy.

Yvette Cooper (Lab, Normanton, Pontefract and Castleford) the shadow Home Secretary, then raised the issue the following day using an urgent question in the Commons and appeared to add extra information. She described Johnson as having “a complete disregard for basic national security and the patriotic interests of the country” and put several questions to Vicky Ford (Con, Chelmsford) minister for Africa at the Foreign Office:

“Did the Foreign Office, the Home Office and the Security Service know about the meeting in advance?”

“Was a detailed record made of the meeting after the event — there are rumours that the Foreign Secretary was too drunk to properly remember? Is that true?”

“There are also rumours that Alexander Lebedev was trying to arrange a phone call from the meeting with the Russian Foreign Minister, Sergey Lavrov. Is that true? Did that phone call happen?”

“The record of Ministers’ interests says that the Foreign Secretary accepted hospitality in Italy for himself and a guest, but he travelled home alone. Who was that guest? Did that put him in a compromising position?”

Ford at first said the PM “had subsequently reported those meetings to officials as required” but was passed a note a few minutes later to correct the record, telling the House, “the Prime Minister says that he ‘thinks’ he mentioned this meeting to officials”. I think you can be sure he did not because nothing appears on the transparency records of the Foreign and Commonwealth Office for April 2018 according to Chris Bryant (Lab, Rhondda).

To the other questions there was no answer at all. Who the mysterious ‘guest’ was we do not know, or whether he spoke to Sergey Lavrov by telephone at the time either.

Remember Johnson travelled to Italy directly from a NATO meeting in Brussels, where Russia was the top item on the agenda after the poisoning of Sergei Skripal and his daughter Yulia with the chemical weapon Novichok in Salisbury. An entirely innocent person, Dawn Sturgess later died.

The Daily Mail in 2019 also claimed Johnson was seen in Perugia airport the following day, alone, waiting for a Ryanair flight and “clasping a war strategy manual and wearing ‘last night’s clothes’”.

Alexander Lebedev was placed under economic sanctions by Canada last month for “directly enabling” Russia’s war in Ukraine, although he has not yet been sanctioned by any other major country, including Britain.

Johnson’s relationship with Evgeny has also come under investigation. Parliament’s Intelligence and Security Committee is inquiring into Evgeny’s peerage given to him by Johnson despite serious concerns raised by MI5 about his father’s connections to the KGB. It is often said there is no such thing as a ‘former’ KGB officer.

This story is going to run for some time yet. Johnson’s Russian connections go a very long way back according to this disturbing Twitter thread by the author of Recovering Oswald’s Suitcase and Operation Boris, Jack White. 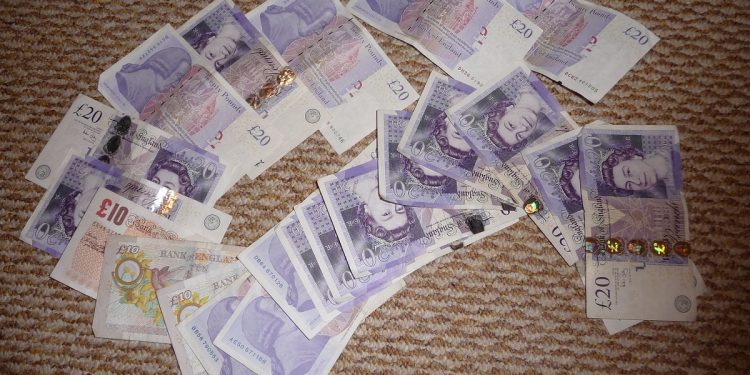 The future of Brexit

Lords Adonis and Heseltine have openly claimed that when Johnson goes, Brexit will go with him. Others, like professor Chris Grey, surely Britain’s foremost authority on Brexit, are not so sure that it will make much difference.

What I think his departure will do is to belatedly open up the space for an honest debate about the UK’s relationship with Europe; it is a pre-requisite for that. A prime minister sets the narrative and the tone of the government they lead. Ministers do not disagree with them in public and, given the quality of Johnson’s Cabinet, probably not in private either.

Brexit, as the FT’s policy editor Peter Foster said recently, “required a chronic state of dishonesty” to succeed. And who better to lead the campaign than Johnson, a liar of prodigious talent, indeed “the most accomplished liar in public life,” according to former Tory MP and leadership candidate Rory Stewart writing in The Times Literary Supplement in 2020.

Let us be frank, the 50+ MPs who resigned last week didn’t quit because Johnson was dishonest or lacked integrity. This has been known for years, it is hardly new. They resigned because Johnson’s spell was broken, the public had simply stopped believing, or overlooking, the lies. Support for him only fell away when he was no longer an electoral asset.

Deprived of Johnson, Brexiters are now concerned for their project. Sherelle Jacobs, assistant comment editor at the Daily Telegraph fears Brexit – a “leap of faith” in her words – will be “crushed”. She thinks Keir Starmer “is powerless to stop the rejuvenation of the Remainer campaign” as she openly admits support for Brexit “has seeped away in recent months”.

It’s almost as if we live in a democracy where voters’ opinions can change.

I have worked with and competed against salesmen (it was invariably men I’m afraid), good and bad, for most of my adult life and recognise in Johnson a man who thinks he’s a great salesman. Tell a lie, get an order and move on quickly before the suckers twig. He makes the impossible sound perfectly achievable. But good organisations don’t employ dishonest salesman because they don’t need to, it’s not good for business or their reputation. They let their product or service speak for itself.

What does it say about the Tory party and Vote Leave, that they thought they needed such a liar as a frontman?

Brexit – a Ponzi scheme of lies?

Johnson built several Ponzi schemes, some bigger than others, not of money but of lies, each needing a new and bigger one in order to cover previous ones and to allow him to survive a little longer, to get through another week or month. As long as the new lies can bear the weight of previous ones, the whole shaky edifice can remain upright, until it doesn’t.

In 2008 when the Wall Street fraudster Bernie Madoff was arrested by the FBI, they asked if he had an explanation for running what turned out to be the biggest Ponzi scheme in US corporate history with estimated liabilities of $65bn. He allegedly answered, “No, it was one big lie”.

In the end I suppose he couldn’t say very much else. I wonder if we will see that level of honesty from Johnson who is surely the Madoff of Brexit, a swindle whose accumulated value will one day make Madoff’s effort look like nickel and dime stuff.

A Ponzi scheme by the way, for those unfamiliar with the case, is an investment fund that doesn’t actually invest in anything, it simply pays an impossibly large ‘return’ to existing investors using money deposited by new ones. A type of pyramid scheme. Provided gullible and/or greedy investors keep contributing new funds, and most of the existing investors don’t demand full repayment, the scheme survives.

Madoff, a former chair of the NASDAQ stock exchange, was eventually brought down by a Greek-American financial analyst, Harry Markopolos, who recognised years earlier that the amazing 12% returns on offer through good times and bad were simply impossible and could only be explained by insider trading or a Ponzi scheme.

Unfortunately, nobody listened until it was too late.