Treating people with respect, and celebrating difference, makes economic and financial sense and adds value to any workforce. The DWP is a government department responsible for welfare, pensions and child maintenance policy. Welfare is part of its remit, yet it is failing its own employees. Certainly, unconscious bias training for its civil servants appears to have largely fallen on deaf ears. 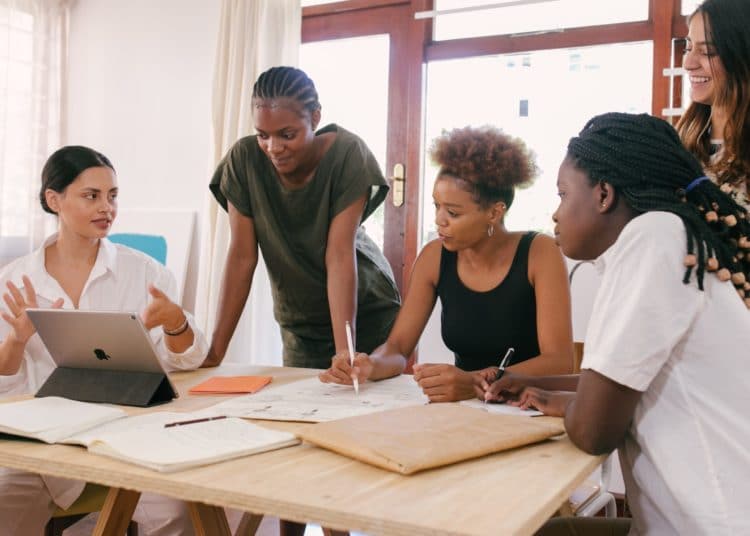 The government has claimed that unconscious bias training for civil servants had doubtful value and effectiveness, with no evidence that the training changed attitudes. It has therefore taken the decision to scrap it.

Yet, the urgent need for some kind of anti-discrimination action is evident. A BBC Panorama investigation found that, between  2016 and 19, Thérèse Coffey’s Department of Work and Pensions (DWP)  lost more disability discrimination cases at employment tribunals than any other public or private sector employer in Britain and paid out almost £1m in discrimination cases to former employees with disabilities.

One DWP employee who suffered with claustrophobia found himself in the confined space of a tiny meeting room, and despite informing his line manager of his phobia, he was ignored, and had a panic attack. The employee was then demonised and discriminated against by his manager and team – later winning a disability discrimination case in the courts. This case featured in a BBC Panorama  investigation broadcast on Monday 9 March 2020, which highlighted that the DWP lost one in eight disability discrimination cases that its own employees brought against it.

Another former employee who won a case against the DWP said that the department spent its time forcing disabled claimants into work and had disdain towards disabled staff – which was clearly shown in the programme.  All these cases against the civil service department made it clear that disabled employees were not welcome.

In another civil service department – the Home Office – 16 percent of employees claimed they had been discriminated against at work, while 14 percent said they had been bullied or harassed by managers and their leaders in the previous 12 months, according to their own staff survey.

Bullying by the home secretary herself resulted in a report from the government’s independent adviser on standards concluding that “Home Secretary Priti Patel had not met the requirements of the Ministerial Code to treat civil servants with consideration and respect.” And yet, the prime minister backed her.

The Panorama programme makes interesting viewing, since DWP managers and leaders evidently demonised disabled staff and tried to ruin their reputations. It proposes that there were instances in which managers and teams ganged up on disabled employees and lies were told – as subsequent tribunals showed.

Why, then, was a government decision made last year to scrap unconscious bias training in the civil service? In a statement from the Cabinet Office, minister Julia Lopez said: “Unconscious bias training does not achieve its intended aims. It will therefore be phased out in the civil service”. They claimed there was no evidence that it changed behaviour.

Evidently, because no one’s behaviour changed.

This decision to scrap the training was criticised by race equality campaigners and the FDA – the civil servants’ union. Lucille Thirlby, the FDA’s assistant general secretary, urged ministers to explain what would replace the training, asking, “How will they ensure people are not discriminated against? It’s easier to attack something than do something positive about it”.

Chief executive of the Runnymede Trust think-tank, Halima Begum, also warned the government not to “backtrack” on anti-racism training.

From the evidence in the departmental survey and the number of discrimination cases previously mentioned, discrimination and stereotyping was prevalent in the civil service and the training, such as it was, aimed to address this issue. But according to the government (and supported by the evidence), the training added no value to eradicating the issues.

So, if the unconscious bias training for civil servants wasn’t fit for purpose, what should replace it, when systemic change needs to happen?

Treating people with respect, and celebrating difference, makes economic and financial sense and adds value to any workforce. The DWP is a government department responsible for welfare, pensions and child maintenance policy. Welfare is part of its remit, yet it is failing its own employees. Certainly, unconscious bias training for its civil servants appears to have largely fallen on deaf ears.

This is because the training paid lip service to the issue – it was a paper exercise, not a tool for change within the civil service. Making colleagues feel comfortable should be endemic in the ethos of the organisation: something you do as one professional to another. In contrast, forcing people onto a ‘diversity course’ defeats the object and just makes people resentful.

In a country with extensive equal opportunities legislation, the civil service should set a positive example. The 134 disability discrimination cases brought against the civil service 2016–19, of which almost 13 percent were upheld (compared with 3 percent on average for other employers), is ample evidence that something is wrong, and that there is a need for action, particularly in respect of those in senior positions. They need to acknowledge that they have a systemic problem – and take radical action to resolve it.

Having more diversity courses is not the answer. An overhaul of the civil service is needed – with zero tolerance of harassment, discrimination and prejudice from the top-down and bottom-up, throughout all levels of the organisational structure. Where necessary, fresh blood and fresh ideas should be brought in – new, progressive talent injected into government departments that have antiquated views.

The world has moved on. People’s experiences, however diverse, are equally valid. Accepting the differences of all people creates a united workforce.

From the leadership down, these sloppy and discriminatory attitudes need to change. That much is obvious – from the disgruntlement, complaints and cases already cited, and the negative news coverage and reports. But so far, the tormentors have been protected, and interventions to address issues of institutional and systemic discrimination have been half-hearted, merely astroturfing over the cracks instead of creating solid foundations.

If the government is aware of all this evidence, yet is scrapping training and backing up known bullies like Patel – are they simply gaslighting us?

Dawn-Maria is an accomplished award-winning journalist, broadcaster and travel writer who is passionate about children's rights, women's rights, equality and diversity. She has written a Yorkshire-inspired children’s picture-book series (The adventures of Jenny and Philip), which features a self-assured and confident Yorkshire little girl and her best friend Philip a talking cat.