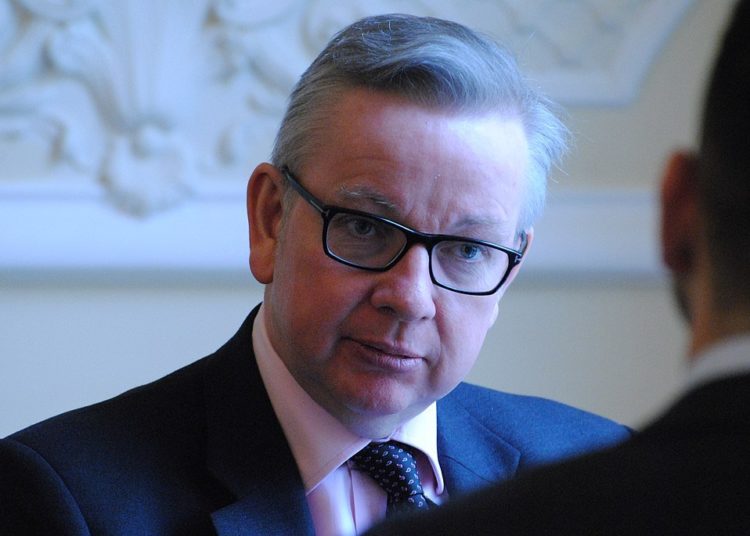 On 28 June Michael Gove, cabinet office minister, delivered the Ditchley Foundation’s annual lecture entitled the “privilege of public service”. It generated considerably more interest than would normally be expected for a speech on civil service reform to a rather obscure think tank, as it followed accounts of Dominic Cummings’ determination to come down on the civil service, and in particular the cabinet office, “as hard as rain”. Mark Sedwill ‘stepping down’ as cabinet secretary, coming so soon after Gove’s speech, sparked further interest. The speech is now therefore seen as an outline of the future direction of travel for the Johnson-Gove-Cummings triumvirate.

The starting point for the speech is the unstable 1920s and 1930s during the Great Depression. Gove outlines today’s parallels – the shift to the right, feelings of disenfranchisement, the crumbling on confidence in democracy, and scepticism about globalisation and international approaches to problem solving. Having reinforced populist prejudices that the ‘elite’ are those who think for a living and who are over sensitive to “micro-aggressions”, while the ‘left behind’ are hard workers concerned about real crime, he goes on to attribute the loss of confidence in political institutions to the Iran and Iraq wars, the loss of church authority, MPs’ expenses scandals, the media phone-tapping scandal, the migrant ‘crisis’ and the 2008 financial crash and subsequent failure to reform financial institutions.

Gove tells us that he takes the presidency of Franklin Roosevelt as his model for state intervention and suggests that the scale of post-coronavirus government intervention may need to be equal to that of Roosevelt’s New Deal. However, he fails to develop his thinking further, other than to say it will require new institutions with “capacity to change course and experimentation”. Gove criticises politicians who “go for the sugar rush that comes from announcing radical initiatives, unveiling dramatic overhauls, launching new spending programmes, ramping up this or rolling out that,” saying, “we risk the hunger for new policy announcements becoming insatiable”.

While momentarily critical of ministers, they are not the object of his speech. His target is what he considers to be an innumerate and data illiterate civil service lacking the capacity to evaluate policy outcomes and without programme delivery experience. “For many decades now the civil service has neglected to ensure its senior members have all the basic skills required to serve government, and our citizens, well” as they are “lagging behind many others in terms of numerical proficiency. But so many policy and implementation decisions depend on understanding mathematical reasoning … We need to ensure more policy makers and decision makers feel comfortable discussing the Monte Carlo method or Bayesian statistics … read a balance sheet.” He also comments on the turnover of civil servants at a senior level, a problem that has bedevilled the Westminster civil service for decades. He argues for more in-depth rather than generalist expertise at senior levels.

Gove maintains that, “the whole culture of government and the wider world of political commentary is hostile to risk, adventure, experimentation and novelty”. He argues for more experimentation and for government to learn from failures, saying his programmes while minister for education (which included failures such as improving the curriculum, building Schools for the Future and proposals to bring back O-levels) all resulted in better solutions emerging as a result.

The speech actually says very little, and on the face of it very little that is controversial. It echoes some of the findings of the Institute for Government report on how the government has managed Brexit so far and many of the reforms suggested in the speech would be easy enough to achieve. Civil service churn can be reduced by requiring staff to stay in post for longer (although that would also force ministers to continue to work with civil servants uncongenial to their way of thinking) and it would not be too difficult to build a recruitment or reward system that values expertise or scientific or mathematical skills (assuming the government will pay competitive salaries). It is also easy enough to increase mathematical literacy through in-service education, and delivery capabilities through extending secondments.

The speech makes no attempt to set out the challenges the UK faces as a result of coronavirus or as we move forward with Brexit. Nor does it articulate the skills needed for the new world other than to say civil servants don’t have them. It is not that some of the criticisms are not justified (as the Institute of Government report evidences) but that Gove is unclear about what is needed other than saying it is not what is currently in place. At its most basic, his only justification for turning the civil service upside down is that there are insufficient mathematicians and scientists among its members.

The speech is most peculiar and this peculiarity lies in what the speech does not say. It is as though government was suspended when Gove left the education department and has had no responsibility for anything that has happened subsequently. In recognising that trust in government is low, his critique of the causes stops at a point far short of the present. The handling of coronavirus, Brexit, Russian interference in UK politics and the scandals surrounding Jenrick, Johnson and Cummings are all unremarked.

Similarly, in discussing how civil servants’ skills might fall short of what they need to be, he ignores the work of the current administration. There is no recognition of, for example, the work of the civil service in preparing twice for cliff edge ‘no deal’ disasters or the skill and speed with which civil servants in the treasury developed the package of measures to cushion the potential devastation of closing down the economy as coronavirus threatened to engulf the country. There is also no mention of Department of Health’s handling of coronavirus and its civil servants’ considerable use of mathematical models and scientific expertise in understanding the problems and formulating responses. There is no reference to the trade deals and the newly learned skills these have required, or that this government is currently, and successfully we are told, negotiating with various countries around the globe.

Whatever model or image of government and the civil service was impressed on Gove when at the Department of Education, it has fossilised. And herein lies the key to the speech and the government’s thinking. Gove was sacked as education minister by David Cameron midway through his educational ‘reforms’. This followed a pernicious campaign of abuse towards teachers and everyone in the state education sector – the ‘blob’ – by Gove’s special advisor, Dominic Cummings. Cummings himself slunk away and re-emerged in the Vote Leave campaign. He has since returned to government following the 2019 general election and on his return made it clear he would only work for Boris Johnson if able to complete his unfinished business of civil service ‘reform’.

Rather than wanting to eliminate ‘group think’ from government, Gove, Cummings and Johnson want to secure Brexit group think across it. The danger for the UK is that current challenges – coronavirus, our exit from the EU, current social unrest and international threats – will not hang back until their management can be addressed through the correct ideological lens. Gove’s speech gives no hint as to how he expects civil servants and the machinery of government to tackle these problems, other than they must change to do so.

Ostensibly, his speech is about the need for civil service reform. But the continued use of the ‘elite’ versus the ‘left behind’ tropes of the Brexit campaign five years ago is a further indication of the extent to which Cummings and Gove are stuck in Brexit campaign rather than governing mode. This, together with the removal of Mark Sedwill from the cabinet office because Dominic Cummings considered him a ‘remainer’ and his dismissal of Keir Starmer as a ‘remainer lawyer’, indicates how little the triumvirate has moved on since 2016.