The Church of England should lead by example, including delivering more truly affordable homes on its own land, to help solve the housing crisis, says a landmark report published today by the Archbishops’ Commission on Housing, Church and Community. 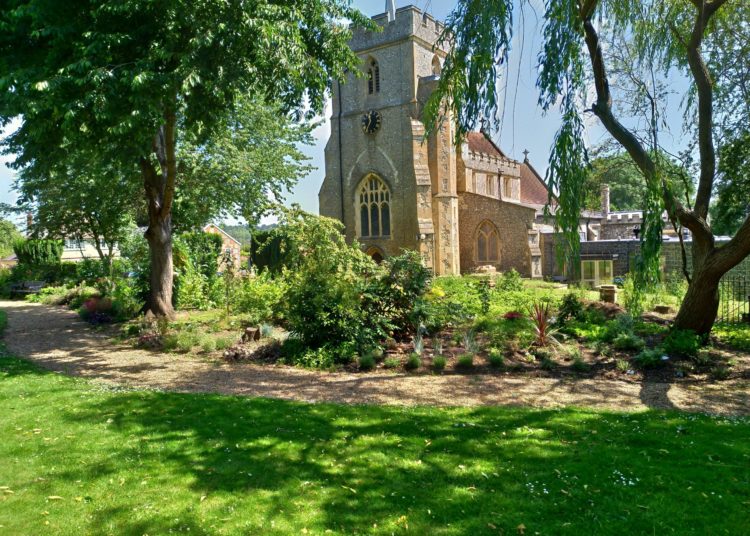 Photo by Bruce A on Unsplash

The Church of England should lead by example, including delivering more truly affordable homes on its own land, to help solve the housing crisis, says a landmark report published today by the Archbishops’ Commission on Housing, Church and Community.

A collective effort at all levels of society including government, local authorities, landowners and property developers as well as the Church is needed to help tackle an acute shortage of truly affordable homes, the report ‘Coming Home’ says.

Published after two years of research, the 10-strong commission warns that the housing crisis has left an estimated eight million people living in overcrowded, unaffordable and sub-standard accommodation with increasing numbers of families unable to put down roots in their communities.

In a series of recommendations for both national and church policy, the commission says that action should be taken by the Church of England to deliver more truly affordable homes. To achieve this, it has examined what needs to change if church land is not simply to be sold to the highest bidder.

It has identified new ways in which the 6,000 acres of strategic landholdings of the Church commissioners could be used and recommends a new ‘church measure’, which would ensure that dioceses and parishes can use church land for social and environmental benefit.

The commission has also been working closely with dioceses to encourage and equip them to work in partnership with other organisations on projects to provide affordable homes and housing support and advice services.

During the work of the commission, 40 church-run or supported projects were documented, some of which are on course to expand their work to other dioceses and parishes across the country.

These range from almshouses in Berkshire to modular homes in Cambridge on church land and a church hall converted to accommodate homeless young people in Lancashire. Churches are also running housing advice services in South London and are leading successful community campaigns to secure affordable housing in London.

To provide direction for these initiatives, the Archbishop of Canterbury will ask the general synod, the church’s national assembly, to confirm that meeting housing need is an integral part of the mission of the Church of England.

The ambition of commission members is that this work, continuing a long tradition of Christian involvement in housing provision dating back to the alms houses of the Middle Ages, will be as mainstream to the Church’s mission as its response to crisis homelessness, such as winter shelters, and food banks.

The new report says good housing should be sustainable, safe, stable, sociable and satisfying. But far too many people are living in conditions that fall far short of this vision, with the pandemic further highlighting inequalities.

The report notes that the situation has been getting progressively worse for at least 20 years, despite many reports calling for substantially more truly affordable homes.

The commission concludes that successive governments’ focus on simply building more homes is not going to solve the problem of affordability.

While three million new homes have been built over the last 20 years, by far the largest consequence has been nearly 2.5 million more households renting privately.

At the same time, in housing policy, ‘affordable’ has become a word for a discounted price, says the commission, instead of the common understanding of the word in which an affordable price is related to income.

The commission urges the government to set out a 20-year housing strategy, including a specific target for the number of homes which are truly affordable, ten and 20 years out, and who should bear the financial burden for achieving this.

Such a 20-year strategy, created with cross-party support, is urgently needed to:

•     ensure there are more truly affordable homes, and
•     improve the quality and environmental sustainability of existing housing stock

In that context, the commission has made recommendations about both public subsidy and how the planning system might be used progressively to reduce land prices.

To make an immediate impact on the crisis, the commission recommends further reversal of cuts to social security support for housing and – after years of piecemeal changes – calls for a review to ensure adequate housing support for low-income households. Successive welfare reforms have left many low-income households forced to choose between paying the rent and paying for other essentials such as food and heating, the commission notes.

The commission recommends new protections for private sector tenants, including longer-term security of tenure and a duty of care on all landlords.

The cladding crisis must also be addressed with much greater urgency, with a commitment to remove unsafe cladding on residential blocks by June 2022 and protection for leaseholders from the costs of remediation, the report recommends.

Given the depth of the housing crisis, and the injustice it represents, the commission also encourages others to join the church in a collective effort: doing what they can now, selflessly, to deliver better housing, and not simply to wait for new government policy.

“The Commission has laid out an exciting and compelling vision for housing in our nation. I welcome the challenge to the Church, which is uniquely placed thanks to our resources and our committed and continuing presence in every community, to work to build not just more houses but truly affordable houses and stronger communities. My prayer is that the work of this commission will help us achieve God’s desire for all of His children to find ‘home’ here on Earth as a taste of the eternal home we are offered in His Kingdom”.

“The statistics regarding the housing crisis are grim, four million households in England live in a home that the government defines as ‘non-decent’, for instance. But there is hope – the past two years have revealed that there is a quiet revolution happening within many parishes.

“Right across the country, churches are responding to local housing need by building, innovating, repurposing and advocating for those who are vulnerably housed.

“And we want to see more of this; because together – as the Church, as individuals and as sector partners – we can tackle the housing crisis. Together we can drive a spoke into the wheel of housing injustice.

“Together local churches can play a vital role in ensuring everyone has a home that is sustainable, safe, stable, sociable and satisfying.”