Christmas is ‘cancelled’, along with trust in our boastful yet incompetent prime minister

Boris Johnson staked what remained of public trust in him in the idea of 'saving Christmas'. Now, Andy Brown writes, this has been lost. "Like so many rash bets, it hasn’t worked out. We’ve ended up with a cabinet full of boastful yet inadequate ‘yes men and women’, just at the time when the nation most needed quiet competence." 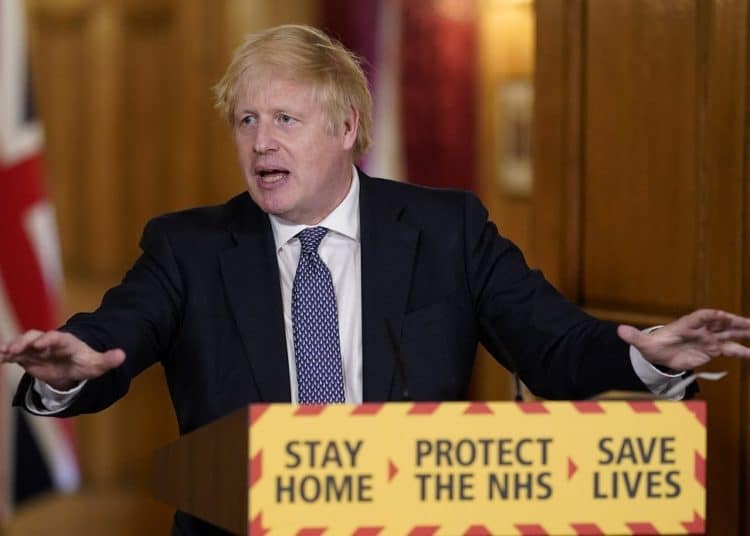 Politics is rarely entirely fair. Which will be scant consolation to Boris Johnson just at the moment. For the best part of a year, he has unfairly benefitted from the desire of the majority of people to get behind the national leader in a crisis and to want to believe that those at the top know what they are doing and will eventually get us out of this mess. People don’t like to be over critical of leaders in a genuine crisis. They need them to succeed and they are often very ready to forgive some mistakes that are made in the heat of the moment, provided they believe in the necessity of difficult actions.

That is why the Conservative Party’s opinion poll ratings have stood up so well despite a catalogue of errors that would shame any normal person. The government’s track record is as follows:

Throughout all this astonishing catalogue of failures, large sections of the public have kept on backing the government. Then along comes his Christmas U-turn, and suddenly it is starting to look like Johnson might have been rumbled by a lot more of the nation.

Curiously, people aren’t impressed when their leader announces weeks before Christmas exactly what they will be allowed to do, and encourages them to make arrangements to meet those they care about most, only to make them cancel these arrangements less than a week in advance. Days after telling us that it would be inhumane to cancel Christmas at short notice. A few months after cancelling Eid celebrations the very night before they were due to be held.

Since this proved such an important and difficult decision, the government put a lot of effort in … to selling the idea, rather than to making sure it was well organised. We were told that emergency action was necessary because a new strain of the virus had broken out and was suddenly spreading rapidly across London and the South East.

The idea that the need for stronger controls could not have been foreseen, could not be further from the truth. The statistics for infection in London have been rising on an exponential curve for weeks. Anyone who looked at the data with any care could see that the curve was reaching that dangerous moment where a slow and steady rise suddenly becomes an out of control spread that sees doubling every few days. Anyone who knows anything about statistical variation could tell you that the virus hasn’t suddenly switched in one jump into a new and virulent strain without any advanced warning.

The virus has been mutating constantly and there are slightly different variants in virtually every locality. There is a competitive advantage for any version that is slightly better at transmission, which needs to be guarded against. The London variant hasn’t suddenly emerged out of nowhere. It has been slowly developing, and the indicators that something unpleasant was happening have been there in the data for weeks. Changes to the virus were first noticed way back in September, not on Friday 17 December.

The prime driver for the sharp increases in London is most unlikely to be a change in the virus. It is much more likely to be a change in human behaviour. If you leave London’s shopping streets open in the run up to Christmas, you are going to get crowds. If you get crowds, you are going to get increased spread. Pictures were widely shown on TV a couple of weeks back of crowds of Christmas shoppers. That is the most likely cause and effect.

In late November, 55 Conservative MPs voted against toughening restrictions. Many of them were motivated by the desire to ensure there was sufficient Christmas trade to keep retain businesses alive. That rebellion put serious limits on how strongly Johnson could act in early December and ensured that he could not shut down large stores in London. Now we are all suffering the consequences.

The rates of infection in London and the South East have become so bad that Johnson simply couldn’t allow millions from that region to travel back to family homes in the provinces, carrying infection with them. He was backed into a corner where he had no choice other than to ruin the Christmas plans of the vast majority of his supporters. Sadly, acting so late caused a panic about leaving London, which may well have caused the virus to spread even more quickly, as very few people were able to keep safe distances in packed railway stations.

Using the excuse of a new strain of virus has backfired very badly. Some other European countries have leaders who don’t make up casual excuses quite so readily. They took Johnson at his word that Britain was riddled with a new strain of the virus. Consequently, ports are closed and supplies of food are rapidly becoming unreliable. Just at the time when the ports were already in chaos because of a rush to get supplies in before real Brexit happens.

Johnson tried so hard to please, by promising us all that his wise leadership had ensured we could enjoy Christmas. Now he has created an utter shambles that impacts on huge numbers of people.

He must be thinking that life is pretty unfair. The rest of us are entitled to think that the nation took a huge gamble when he became prime minister. Like so many rash bets, it hasn’t worked out. We’ve ended up with a cabinet full of boastful yet inadequate ‘yes men and women’, just at the time when the nation most needed quiet competence.

Still he did manage to sign an oven ready deal that guaranteed we would no longer need to talk about Brexit. Or was that just another baseless promise, a rash gamble that will end up with lorries parked up at borders and food shortages for many months to come?