Andy Brown breaks down the problems with the Chancellor, looking at its impact on care, education, waste management, and the government's use of back room deals, cheap tricks, and pork barrel politics. 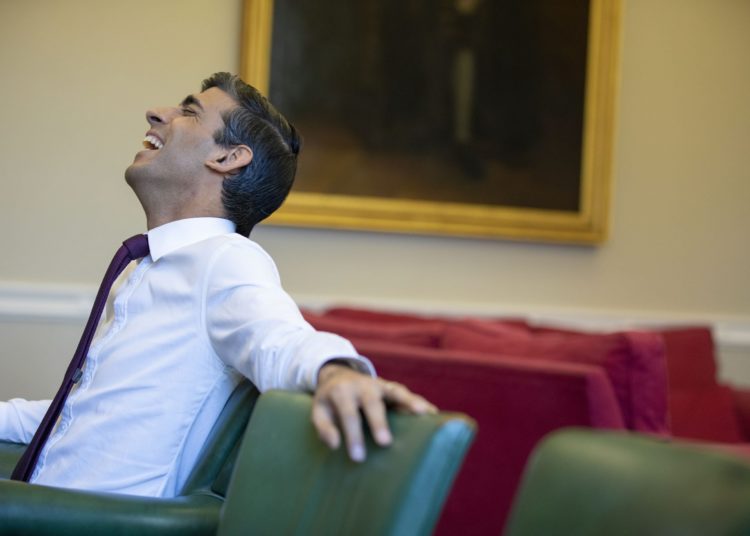 There is something immensely patronising about the government’s approach to levelling up the north. Local leaders have to go cap in hand to Whitehall, with bids written by expensive consultants, if they want to win a share of funding that’s supposed to support regeneration of their local communities.

For the last ten years or more, this government has been starving local government of funds. Local government is now struggling to supply the most basic services. According to the Local Government Association:

“By 2020, local authorities will have faced a reduction to core funding from the government of nearly £16 billion over the preceding decade. That means that councils will have lost 60p out of every £1 the government had provided to spend on local services in the last 8 years”.

The impact of cuts to our public services

The impact of cuts on this scale has been felt in every area of work.

Local authorities are responsible for delivering care services. You remember care – staffed by frontline workers who’ve been pushed to the limits of exhaustion by incompetent central government decisions to move infected covid patients out of hospitals and into care homes. The most obvious result of this was that a lot of people died unnecessarily.

Provision of care services costs local authorities a fortune. Estimates of the extent of the need for additional funding just for adult social care range from £6.1bn to £14.4bn. But in last week’s budget, Rishi Sunak made no mention of it. He took no measures to try and ease the funding crisis in care. I doubt care home workers will easily forgive this.

Local authorities are also still responsible for most schools, though more and more are run by remote academy chains, with no democratic control of proper transparency of governance. Schools have faced the costs of delivering online and physical services during lockdown, including supplying huge numbers of laptops to those in need.

There was also no mention of new funding for schools in last week’s budgets.

Waste management is another area of local government responsibility. At a time of huge concern about plastic waste and an increasing national awareness that we simply can’t ship our waste abroad, the costs of dealing with it in Britain continue to mount.

Desperate for funds, local authorities up and down the country have taken to burning much of their waste in incinerators under the theory that waste for energy is some kind of panacea. This week a report came out confirming what every environmentalist already knew. Burning waste is a hugely damaging approach that creates almost as much CO2 as generating energy from coal. That issue doesn’t even figure on the government’s radar.

In area after area of their responsibilities, local authorities have been systematically stripped of cash. Now, instead of letting them decide what to do with a fair share of any available funding for regeneration, the government is relying on patronage. Johnson’s government isn’t interested in using objective and honest criteria to drive decisions about funding – like how many people the service is delivering for, or how deprived the local population is. His style is to distribute funding via back room decisions made on the basis of political convenience.

It is one of the cheapest tricks a government can indulge in. So Johnson indulges in it to the full.

Finally, the minister and the local MP get to appear on the local media and bask in the glory of having generously supported a local project.

That kind of approach means that neglected communities without friends in high places miss out. Relatively affluent areas like Richmondshire get a big share because they happen to have the ear of someone important, like the chancellor. That means that to all intents and purposes public money is used to enhance the electoral prospects of the political party that’s in power at Whitehall.

This is the pattern that is developing with the Johnson government. It is not what you know it is who you know. It is not the most cost-effective contractor but the one with the ear of the minister or the political advisor. It is not talent and qualifications that gets you appointed but connections with the right people. And it is not the needs of your community that determine what share of funding you get. It is the narrow political self-interest of the people in government.

Is that really the best way to plan a secure and sustained improvement in living standards across northern communities? Is it really the most effective use of public money? Or is Johnson more interested in politically stitching up the north than in genuinely levelling up the north?