The EU Settlement Scheme registration has now closed, with many EU citizens now in limbo or facing deportation 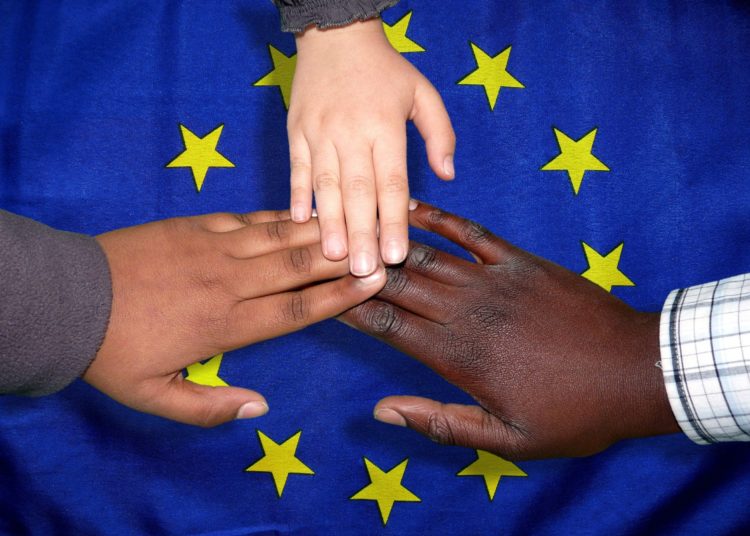 At midnight on 30 June, there were over 400,000 people in the settled status queue and an unknown number (but possibly thousands) of people waiting to register or to obtain help with registering.  Many hundreds of people remain unaware that they should have registered. How has this policy, so central to the UK taking control of its borders, been such a mess?

The EU Settlement Scheme EUSS was launched in 2019 and was open until midnight on Wednesday (although the Home office announced that all those attempting to make an application prior to the deadline would be able to proceed with it).

Settled status: over five million applicants, but many missing

Since 2019, there have been over five million applicants. Those with good English, a steady employment history and a good understanding of Brexit, found the application fairly straightforward and were quickly given their identification code. While most EU citizens were well placed to meet the deadline, a significant minority, possibly hundreds of thousands, were not. The risk of another Windrush catastrophe is now considerable.

Some of the problems derive from the UK’s archaic and ineffective border management systems. Almost every other country in Europe requires residents to register and to obtain a resident card – those who do not are deemed to be in the country illegally. Following Brexit, those with resident cards in the EU were given automatic rights to remain and those who didn’t have a resident card given time to obtain one (and pay their taxes).

The assumptions on which the estimates were based are unclear, but were employment related. Many EU citizens arrived in the UK before we joined the EU and are now retired. Many children born in the UK do not have British passports (a child born in the UK is not necessarily entitled to one). And there are EU citizens who have never worked in the UK. Inevitably, this underestimate has been partially responsible for the backlog of cases, but it is not responsible for the current fiasco which has been building for months.

EU citizens at risk of slipping through the net

The Home Office has been repeatedly advised about those most likely to be at risk of failing to register, but has only recently addressed the problem. It was not until May that it approached local authorities to undertake the necessary checks that would identify older people, or children in care homes or with foster carers who may not have heard of the scheme. It has also provided funds to organisations working with vulnerable people, such as Polish support groups or homeless charities, but this is only recently. And this doesn’t take account of the amount of work required to help someone who may be confused or who has a number of other more urgent problems.

Many EU citizens simply don’t know of their obligation to apply for settled status and aren’t connected with any organisations that might alert them. For example, people from ex-European colonies such as East Timor – who were given asylum in Portugal and have since migrated to the UK – may not understand that they are categorised as EU citizens (or why that might be). Other people, who obtained indefinite leave to remain decades ago and rightly assumed that it meant that their leave was without time limit, have been surprised to discover they must apply. Many are still ignorant.

The need for help

The charity Settled, along with other organisations helping many EU citizens, relies almost entirely on donations and volunteer effort. It has been inundated with requests for support and cannot help everyone who needs it.

Settled tweeted yesterday that there were 16 Roma children in just one advice centre who needed to get their applications in by the end of the day and that, for each child, there was a 30 minute wait just to get into the system to start the process which takes about 25 minutes to complete. In other words about 14 hours of work ahead. The EUSS website was too overloaded to take on applications yesterday and people were advised to try again later – with no guarantee of being able to access the system before the deadline.

The Home Office knew of the dangers

All of this was predictable and predicted. Letters of concern to the Home Office or to MPs have been met with indifference, usually outlining the money spent by the government on the scheme and the number of applications that have been dealt with. In the last month, increasingly concerned letter writers (people supporting EU citizens) have been advised that steps are now being taken, less than a month before the deadline, to try and ensure those most vulnerable are protected.

The registration of over five million EU citizens was a mammoth task and the efforts of Home Office staff need to be recognised. The fault lies not in lack of effort but in lack of understanding, at the highest levels, of the nature of 21st century migration and the assumption that, because most of the EU citizens in the UK are in employment and speak good English, that this will be the case for the majority.

That many of the most vulnerable people have manged to register before the deadline is entirely down to the efforts of pro-EU organisations and individuals and often in spite of ministerial and Home Office intransigence. Contrary to David Frost’s recent assertion that “remainers” should “get behind” Brexit to make it a success, it appears that it is the government and those who voted for Brexit who are reluctant to ensure this flagship policy works. They appear to be content for a humanitarian disaster to unfold.