When the government is away with the fairies surely it is the job of the opposition to challenge their blind faith in myths and illusions? 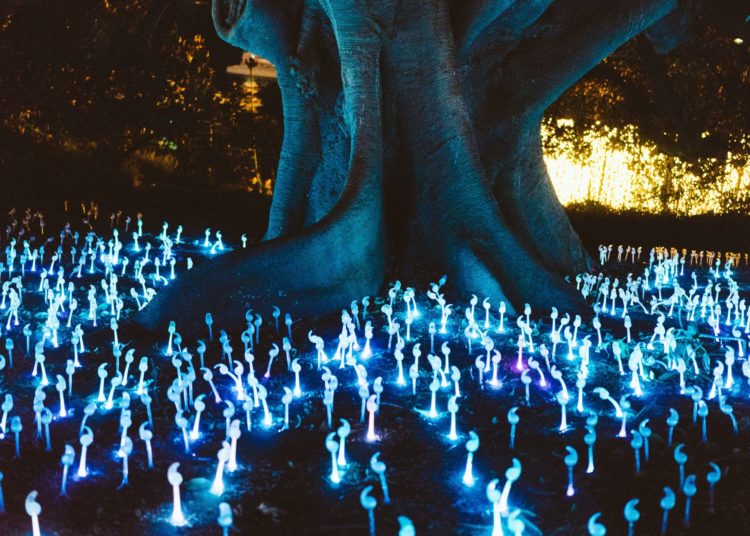 A tree surrounded by luminescent mushrooms, photo by Jie on Unsplash

Even the most intelligent people are capable of believing astonishingly daft ideas. Sir Arthur Conan Doyle invented the brilliant amateur detective Sherlock Homes and wrote some wonderfully complex plots that have astonished and delighted millions of readers and filmgoers for over a century. Yet he believed that there were fairies at the bottom of a garden where some young Yorkshire girls lived. He went to his grave convinced that these children had taken genuine photographs of real-life fairies. They had actually used cardboard cut-outs.

When someone wants to believe something badly enough, it’s astonishing how tenaciously they can cling to their illusions.

There was a time when this was a particular characteristic of the most naïve left-wing thinking. Plenty of sincere socialists went through the 1920s and 30s believing that ‘Uncle Joe’ Stalin was running a workers’ paradise. Stalin was in fact having socialists shot in cellars and shipping millions off to labour camps where they were worked to death.

Many repeated that mistake in the 1960s and thought Chairman Mao was organising a great leap forward, after letting a “hundred flowers bloom and a hundred schools of thought contend”. He was actually pursuing policies that led to a famine that killed around 30 million and was busy sending millions to be worked to death in re-education camps.

These days it is the far right that seems to latch on to daft ideas and pursue them with astonishing persistence.

In America, millions of otherwise sensible people managed to convince themselves that God wanted their country to be run by a billionaire with a liking for young wives. When rational Americans got fed up with having their country in the hands of a rambling egotist, and used the first available election to get rid of him, the reaction of the true believers was amazing.

Rather than accept that the majority disagreed with their delusions, they bought into the obviously daft narrative that a man who lost the election by seven million votes must have somehow been cheated during the count.

All of which brings me to Brexit, where the world of the fairies is never far away. And where, as soon as one piece of hard evidence has been put forward to demonstrate the flaws in an argument, the true believer simply moves on to the next illusion.

I’ve never blamed anyone for thinking that there were problems with the EU, and for voting for Brexit in the hope that all the nice things we were promised would actually be delivered. There have always been difficulties in working together across Europe. The EU has a whole series of clumsy and unhelpful rules and it’s understandable that many believed things could be organised more easily by cutting loose and just worrying about our own affairs.

But there is no wisdom in persisting in this hope in the face of glaring evidence to the contrary. Evidence that nations do need to work together with their nearest neighbours, and life isn’t remotely as simple and easy as the Brexiters promised. The problems that Project Fear warned about are real and serious.

There is now clear evidence that a customs border has been established between Northern Ireland and the rest of the UK. Farming communities have been treated with contempt in a trade deal with Australia that permits imports from competitors who are allowed to use crude mass production techniques and chemicals that are banned in the UK. Fishing communities have experienced massive problems in selling their catches to their main European markets and discovered that promises of huge increases in fishing quotas were simply outright lies.

Anyone depending for their living on a financial services business has seen massive amounts of work leak away to Europe. Even bigger problems have been encountered by those working in the creative industries.

Anyone trying to run a care service, a hospitality business, a carrot farm or a fruit farm is struggling to get staff and crops are being dumped because there’s no one to pick them. And there aren’t enough people to deliver them because thousands of EU drivers can no longer come into the UK easily or economically. Wages in shortage sectors and prices of such things as power are starting to rise in ways that are dangerously inflationary.

To the true believers in Brexit none of this will matter. These are just teething troubles and the good stuff will eventually arrive. Faith doesn’t always shift in the face of logic, reason or facts. Fortunately, not everyone in the UK is a fanatic. The majority have common sense and can be convinced by the evidence of their own eyes. Plenty of people don’t like it when big promises turn sour. Ordinary British people don’t like having their affairs run by enthusiasts for a cause who have lost contact with realities.

In such circumstances, those of us who retain our critical faculties and our memories must surely keep pointing out the extent of the gap between what has been promised and what’s being delivered. Failure to engage in the argument amounts to shutting up and agreeing that fairies are real. We don’t have to believe in a fantasy, simply because it is a popular opinion. When others are with the fairies, it’s important to keep your feet on the ground and keep putting forward the evidence.

Johnson is selling us cheap visions of fairy dust. He is running a cardboard cut-out government that only looks real in soft focus. It will never be a good idea for the opposition to stop pointing that out. It’s time for Keir Starmer to challenge the Brexit fairy story.