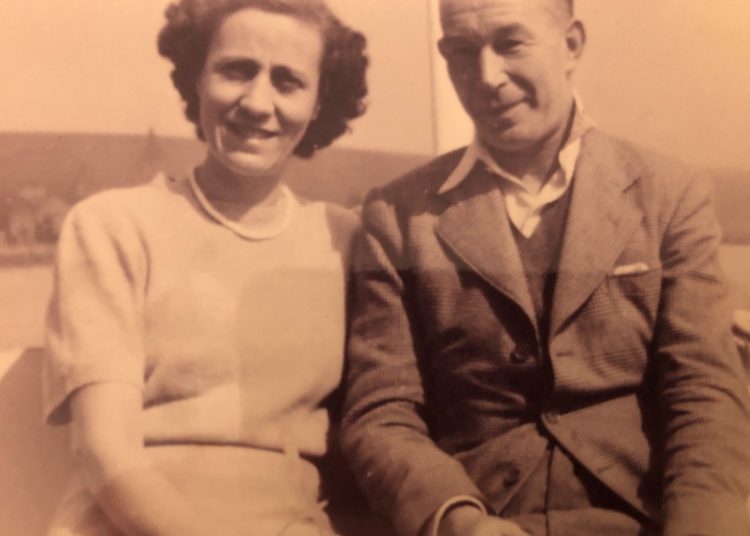 One of the stand-out episodes for me in historian David Olusoga’s series Black and British: A Forgotten History was when he traced the descendants of 18th and 19th century black Britons.

One man, Cedric Barber, could recite the names of his father’s father, his grandfather’s father and so on, going back to a Georgian gentleman, a freed slave, who was, as contemporary paintings show, indisputably black.

Cedric is to all intents and purposes white. “We’re going around in disguise”, he said, “in camouflage. Many people don’t know”. And we were told, the black Georgian population once numbered thousands.

Cedric was proud of his past, because, he added: “They’re mine, and it’s my history and I feel sorry for people who don’t know”.

I am also to all intents and purposes white. But I have always been aware of my non-white ancestry, something which was brought home to me again – officially – in the latest census form.

The question began: What is your ethnic group? With the options:

Ticked this instinctively, but maybe I got it wrong for the next option read:

For me the ‘white’ qualifications are interesting, so too is the suggestion of mixed or multiple background. My father was born in Rangoon, the son of an English father (from Fulham, north London) and an Anglo-Burmese mother.

When my sisters were young, before I was born, they remember my grandmother, who was living with them at the time, being visited by Burmese relatives. That paternal grandmother died a few years later and sadly the link with our Burmese cousins wasn’t maintained.

Next question: Which one best describes your White ethnic group or background?

Any other White background

Once again, I ticked the first box. But my great-grandfather on my father’s side was an Irishman who came over to Britain probably to escape poverty in rural Ireland. He married a Scottish woman.

A generation on and that Irish and Scottish blood mixed with that of my paternal grandmother. My father’s Burmese origins were evident in the cast of this eyes and his high cheekbones. His Celtic origins probably accounted for his fair, freckled skin and reddish hair.

So his son is a mixture of Irish, Scottish, Burmese and English; my mother’s family were rooted for generations in rural Buckinghamshire.

And to top it all, I was born in Germany. It’s on my birth certificate.

My father was serving there after the war. I wasn’t in Germany for long – we relocated back to Britain when I was only a few months old. But I was asked ‘where were you born?’ in the census and duly responded.

Who is a British citizen?

It’s unlikely I will get a ‘right to remain’ form. But you never know. Will the fact that my birth certificate is signed by the then British consul general swing it for me? And the fact that my parents were both British citizens? I hope so. Because I certainly haven’t kept the sort of detailed employment records that many black Britons, originally from the Caribbean, are meant to produce.

I went on to describe my nationality as English. Probably because it seems to me that ‘British citizen’ is what we have on our passports. It is a nationality, important when we travel and for those who settle here. But it doesn’t really speak to who we really are. Our sense of belonging.

I would have liked to have been asked which English region I most identified with. I would have opted for Sussex – because this is where I have settled for the past 20 years after a peripatetic working life. If my parents hadn’t opted to leave Worcestershire when I was young, I would have been proud to have owned that.

We all look for somewhere to define us. Yorkshire, London, Liverpool, Cornwall, are examples of proud geographical belonging. It often cuts across race and class.

The census’s job is to define us, as we are now. It doesn’t consider the mix of ethnicities and backgrounds in each of our complex pasts.

We are, many of us, the sons and daughters of a far-flung, long disintegrated British Empire. But now we’re beginning to see the disintegration of Britain too, as Brexit drives a wedge between our four nations.

Could it bring with it – if England is all that remains of the UK – a renewed sense of who we feel we are? No longer British, but rooted in our sense of ‘we are where we are’?

The census, in asking the questions it does, shines a spotlight on our post-imperial past. And in a diverse, multicultural world, it in turn raises questions of identity, of who we are and how we all continue to fit in.