Care homes have been deprived during the coronavirus pandemic; they are a matter of public health and must be taken care of more. 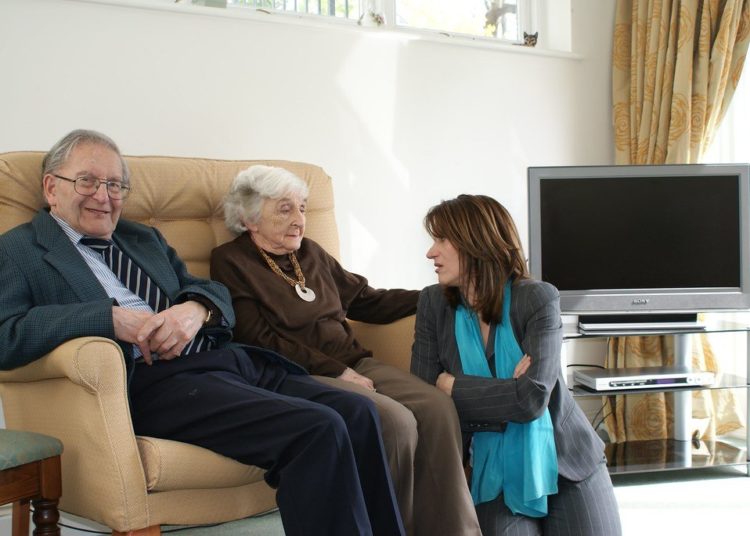 "Meeting residents at Abbeyfield Care Homes in Muswell Hill" by lynnefeatherstone is licensed under CC BY-ND 2.0

The second part of the term ‘care home’ is too often forgotten. Such facilities are home to about 400,000 people in the UK. And we all need a secure home. But the government regards the care home that your grandmother, or your disabled son – or maybe one day you – call home, as part of a market, its provider a ‘player’. Should it close down, forcing you to move, well that’s just how markets work. Tough luck.

That’s according to minister Lord Bethell, who was speaking yesterday in the House of Lords answering a question about low occupancy rates in care homes. You can watch it directly here. His words as recorded by Hansard: “It is not the responsibility of central government to raise the occupancy rates of care homes. This area is supplied mainly by the private market. Players may choose to leave the market if occupancy rates fall.”

I was listening live, waiting to ask a question on this short debate, although unfortunately time ran out before I had a chance to challenge him directly on it. It was so breathtaking I had to go back to watch it again to ensure I hadn’t misheard.

It is heartless and disturbing to allow people to be ripped away from their secure home, without control over their own fate. Separating friends, among fellow residents as well as staff. Forcing often-vulnerable people out of their familiar, comfortable environments.

Closing down care homes is a matter of public health

This is not just a question of humanity, but of public health – and Lord Bethell is a health minister. For there’s strong – and widely reported – evidence that closure of care homes, particularly the rapid, chaotic closure of homes, is deadly for a significant number of residents forced to move, and is damaging to the health of all residents who lose their homes.

As several peers pointed out in the debate, with an ageing population there is a clear need for further care home provision in future (there are already problems, with the number of care home beds per 100 people over the age of 85 falling from 33.7 to 28.7). This is the opposite direction of travel to that proposed by Lord Bethell.

The Institute for Public Policy Research said in 2019 that an extra 75,000 extra beds would be needed by 2030, a figure that’s unlikely to significantly change despite the disastrous Covid-19 toll in nursing homes caused by government mismanagement.

So why do homes close, when there’s clearly such long-term demand? The key fact is that 84 percent of care homes are now in the hands of privately owned, for-profit companies. It is a market, as Lord Bethell said; one increasingly occupied by private equity owners. Recent figures show that in the past decade, these private equity owners have put more than £1.7bn into the sector across 64 retirement and nursing homes deals.

The attraction is windfall returns of up to 16 percent, as the brilliant Centre for Research into Socio-Cultural Change (CRESC) report of 2016 set out so clearly. Those are achieved by burdening the homes with unsustainable debt loads, which works out very nicely indeed for the financiers, until it all falls apart. Seldom has the human cost of financial engineering been clearer.

The Institute for Public Policy Research in 2019 called for all state-funded providers of care to maintain a “safe” level of cash reserves and demonstrate they are paying their fair share of tax in the UK. It was a point made by the Conservative Lady Altmann in the House of Lords debate. She suggested that the government “urgently investigate the financial stability and debt levels of care home operators, which, too frequently, seem to have no controls on the amount of leverage, excessive debts or lack of equity”.

Should we move to a different model of care home ownership?

But I’d go further, as CRESC and the Green Party did in 2016. We need to move towards a different model of ownership of homes and provision of care, one that puts public good – the needs of some of our most vulnerable people – before private profit.

Making profits from the care of the vulnerable is nothing less than obscene. That’s money that could go into providing care, ensuring quality facilities and paying staff decently (as most are not – for what’s often difficult, draining, highly skilled work). That successive governments of different political hues have been comfortable with the privatisation of care homes (just 18 percent were private in 1980) is evidence of the dominance of neoliberal ideas in the UK.

But as in so many areas, the level of exploitation, of profit-taking, of brazen disregard for any moral standards, has accelerated in the past decade. And it is the vulnerable who are paying the price, again.