Andy Brown questions the desire to get 'back to normal', looking at how this normal was leading the human race to catastrophe. 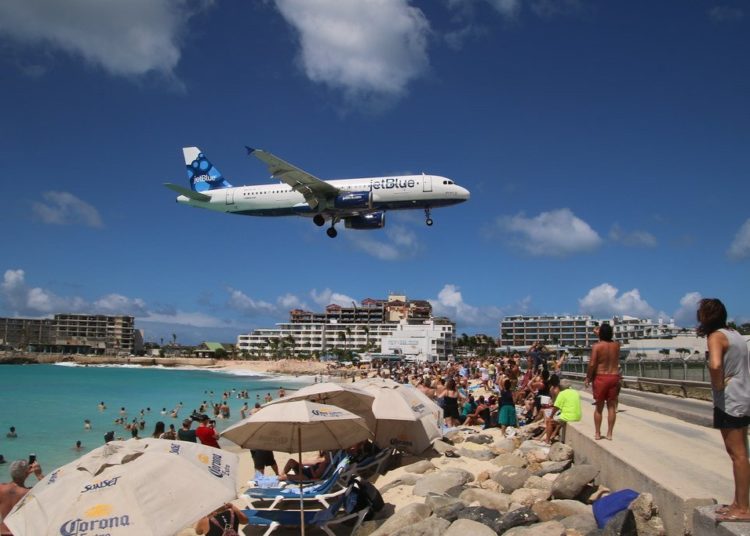 Image by cseeman for Creative Commons

After a year of restricted movement, it is hardly surprising that the mood of much of the nation is that people just want to get back to normal.

There are, however, some serious problems about this. Not least of these are some very legitimate concerns over whether it was the abnormal way we were living before the pandemic that caused it to break out and to spread rapidly in the first place. The next disease to cross over from one species to another might prove even more unpleasant, and might attack the young or kill higher proportions of the population. Since human behaviour is believed by most scientists to have created the environmental conditions that has fostered a whole series of new diseases for humans, it might make sense to avoid going straight back to bad practices.

At the most basic level, this means stopping the international trade in live wild animals and rapidly halting the destruction of forests. Unless we prevent creatures that have never previously encountered each other in the wild from mixing in food markets, it is only a matter of time before the next pandemic. Unless we stop bringing humanity into closer contact with previously remote forest creatures, the same is true. Treating the environment as a resource that can be exploited costs lives and damages economies.

All those impractical idealists who campaigned for animal and woodland protection, turn out to be the practical hard-headed ones who spotted the danger in advance. Incredibly, their messages about the causes of the pandemic are now being ignored in a race to get back to the same bad practices.

That isn’t the only message that is vital to our future which is struggling to be heard. We have had a very unpleasant object lesson in how disease spreads and there can be only one conclusion from this. It moves incredibly quickly, because of the enormous amount of air travel. Any responsible government should therefore be asking itself questions about the extent to which it wishes to rebuild the airline industry.

Does it really make sense to encourage as many people as possible to get on dirt-cheap, lightly taxed airlines and fly for pleasure quite so often? Is it really a great idea to encourage so very many elderly people to fly across the world to mix together on cruise ships, causing immense damage to the environment and contributing little to the economy of the ports where the ships berth? In a world of Zoom, is there really a need for large numbers of face-to-face business meetings and for costly first class flights across the world’s oceans?

There are enormous environmental costs to flying which are not visited on the people who buy tickets, but are being inflicted onto every species that seeks to survive on this planet. Getting back to normal volumes of airline traffic isn’t wise. It would be massively more sensible to tax flights and cruises properly, nationally and internationally, and to devote some of the revenue to retraining the highly skilled and talented people who work in those industries.

‘Less is more’ is also a message that we should have learned about vehicle traffic during lockdown. It is actually rather pleasant to live in a world where there is less traffic noise, where we can breathe cleaner air, and where commuters don’t have to waste huge amounts of time, money and energy on battling their way into offices five days a week. It also results in fewer people dying on the roads. It isn’t enough to incentivise people to buy an electric car. What is needed is to reduce the number of car journeys and the amount of road freight.

That means a real focus on improving public transport. Somehow, people who have become scared of mixing on public transport have to be persuaded to leave cars and travel by bus and train. That requires an efficient cheap service. The UK has some of the most expensive rail fares in the world, because almost the entire cost of the journey is placed on the rail traveler, whilst drivers don’t pay the social costs of using cars. Instead of changing that, the UK government’s response to this problem has been to cut investment in public transport by £1bn, whilst spending £27bn on roads. That is a very strange way to conduct a green revolution.

One of the other big lessons to emerge from this crisis is that you can’t manage everything by relying on markets. Governments are actually rather useful things when you need collective action, and local governments have proved even more effective despite decades of demoralising cuts. The supposedly rapid response of the private sector has been seen to be a mixed blessing. There are places where markets have responded brilliantly to challenges set to the private sector by governments and by society. There are also some horrible examples of overpriced, clumsy failures, that bear all the hallmarks of cynical exploitation of a moment of national crisis.

We must avoid going back to the fashion of rubbishing public sector workers as somehow automatically inefficient, when collectively they have proved to be the most spectacular success story of the entire crisis.

Similarly, communities have also stepped up to the challenge, with enormous efforts being made to look after neighbours. Again and again the government or the press have treated the public as if it can’t be relied upon to behave responsibly. But the vast majority of the public has then exceeded expectations and proved far more responsibly than the government.

As always, a small minority of people proved that they really didn’t give a toss about anyone other than themselves. It turns out that many of those anti-vaccine campaigners come from the far right, and there are people at the heart of government who think they are too important to obey simple rules, like not shaking hands with Covid patients and not driving long distances to test your eyesight. It would be good to get back to a society that valued those who do selfless work in their community rather than those who chase their own self-importance or the largest profits.

We also should have learned during lockdown that working together across international boundaries is absolutely vital in a pandemic. A virus isn’t under control when it is being managed in only one country. Unless it is under control in all countries, it is not securely under control anywhere. There is a constant risk of simply importing new strains that have developed elsewhere.

International collaboration amongst the scientific community is the prime reason why we have made rapid progress on vaccines. The decision of the Chinese government to open source to every scientist the genetic code of the virus has been of enormous importance. It enabled the first vaccine available in the UK to be manufactured in Germany, transported across France into Belgium without border controls, and approved under EU laws on regulating drugs that are still in force in the UK until 1 January. After that date, vaccine imports risk being held up in queues at lorry parks at entry ports because the British government insisted on inflicting the first real impact of Brexit in the middle of a pandemic.

The fantastically successful international collaborative work that produced the vaccine, has produced some deeply concerning statements by two leading members of the UK government. Jacob Rees-Mogg informed his acolytes that the only reason we had the vaccine, is because Brexit had lightened regulatory rules in the UK. That was a blatant lie. Gavin Williamson told us that we had the vaccine because Britain was a better country than all the others. That added mindless nationalism to the lie.

I’m sure the Syrian refugees working in the German factory who manufactured the vaccine that is being delivered to the UK across open trade borders will have their own views on the behaviour of British politicians. And on the suitability of putting someone so daft and so irresponsible in charge of teaching British children to value scientific factual evidence and responsible behaviour.

We must all hope that casual lying from government ministers wasn’t what the UK prime minister had in mind when he told us that we would soon get back to normal.