Daphne Franks writes about her mother who was victim to predatory marriage. Family members are often not believed, due to being 'hysterical'. More must be done to change the law around marriage. 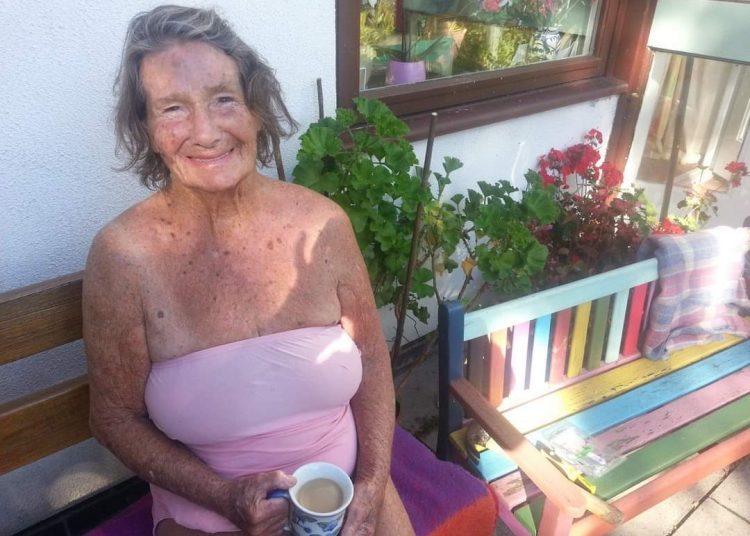 If you’re going to campaign, it’s not enough to be a bit cross. You have to be burning with injustice. Blazing with fury. Heartbroken.

I was all those things when I learned, two days after my mother Joan Blass’s death, that a much-younger man had married her in total secrecy five months earlier. She was nearly ninety-two with a five-year history of diagnosed vascular dementia. The man was 67. The marriage gave him total control. Because a marriage revokes a will, he inherited her entire estate and then had her buried in an unmarked grave. There are more details in my previous pieces for Yorkshire Bylines.

Once we realised that there was very little in place to prevent such marriages, plus a huge legal incentive in that marriage revokes a will, our family guessed that there must be other such cases. We had a lucky break early on: an old friend knew someone from Radio Four’s PM show. Soon I found myself telling the story on air to a very sympathetic Eddie Mair. Other cases contacted the programme.

A friend of our son’s designed a website. More cases started contacting us, all devastated emotionally and financially. Telling stories of never being believed, of being told they were just interested in the money, of being asked, as I was, “But did she have a diagnosis of dementia?” (Yes, actually, for five years, all through her medical records.) How the predator is always calm, and how the families are incredibly upset and slightly hysterical, and how the predator is always believed.

I wrote to anyone we thought might have some power to change things. Most seemed to be received by the Department of Fobbing-Off, who generally told me that everything was fine. I kept writing back “No, it isn’t fine … because …” and finally began to break through a few barriers.

We drew up a list of changes needed. Marriage no longer to revoke a will. Much better training, and clearer procedures, for registrars, with accountability if these aren’t followed. The notification of marriage to be published on an easily searchable database, rather than in individual register offices. A link between marriage and power of attorney – if there had been any link, I would have been told about the forthcoming marriage.

We took our list of changes to our MP, Fabian Hamilton (Labour, Leeds North-East). He was great – he took them to parliament in a private member’s bill, which was passed unanimously for a second reading but then ran out of parliamentary time. We had a lot of newspaper publicity – much of it of the ‘Toyboy Marries Dementia-Ridden Granny’ type but it all helped to raise awareness. Television, too – we’re grateful for all the coverage. Most recently, the Guardian – an excellent article by Anna Moore last week.

Gradually we have gained support – MPs, academics, barristers, solicitors, safeguarding professionals, mental capacity experts. I was asked to give a talk to a safeguarding conference for Bath University in April this year and as a result have been asked to give many others to safeguarding groups, and to police trainees. I’m really grateful for the opportunity to do this, and I’m pleased to say that my talks have been very well-received with a mixture of astonishment and horror, plus a desire for change.

In June this year, Fabian Hamilton raised the topic again, directly to Boris Johnson at prime minister’s questions. As a result, Fabian had a productive meeting with the deputy registrar general and I have had a meeting at the Ministry of Justice with people responsible for policy for both marriage and wills. They thanked me, and said they are now well aware of the issues, and that they weren’t before, and that they are considering them seriously. We’ll see.

The Law Commission has had consultations into both marriage and wills and we are awaiting their reports. Meanwhile, thanks to Nottingham University, we have a national online summit, ‘Predatory Marriage: a Call to Action’, coming up in October. Fabian Hamilton MP will be speaking, plus experts in safeguarding and the law, and some high-level people have agreed to attend.

Changing the law on marriage and wills: a safeguarding issue

It’s been five and a half years since Mum died. We are now making real progress, but it has been a long, slow process. Yet predatory marriage is surely not a controversial topic: it’s a cross-party safeguarding issue. We want to protect our elderly and vulnerable from exploitation – from grooming, from those who see them as a source of easy money. All the other relatives of victims to whom I have spoken say the law protects the predator: marriage gives total control. They are correct.

I am still blazing with fury and burning with the injustice of it all. Predatory marriage must be stopped.