The Sizewell drama has a long way to run yet, with huge issues at stake. 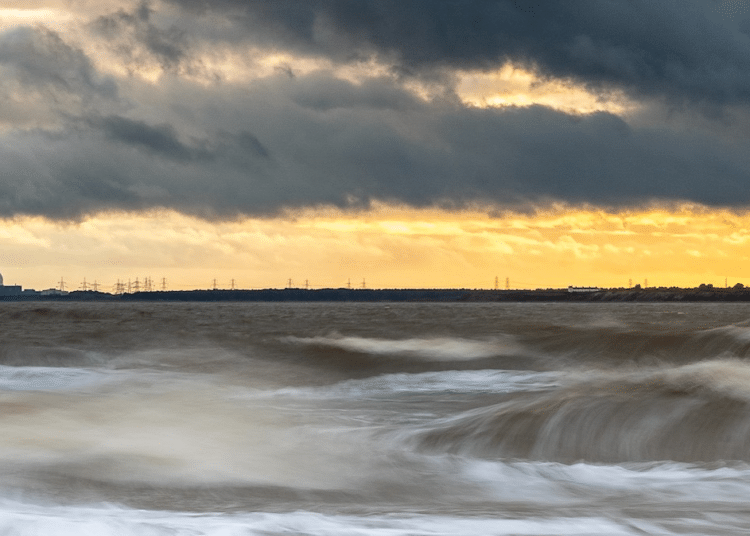 The coast of East Suffolk is one of the most rapidly eroding sites in Western Europe and it is difficult to predict what will happen to it as climate change accelerates and sea level rises take place. These are among the various factors being considered in the future development of nuclear power at Sizewell.

Sizewell will become an island within a century according to the Environment Agency (EA). It already sports two nuclear plants – Sizewell A, an old half-decommissioned Magnox station dating back to 1966, and Sizewell B, the only pressurised water reactor in the country, which came on stream in 1995 and will generate electricity until 2035. Now the site has been earmarked for yet another plant, Sizewell C (SZC), a controversial French-designed reactor known as the European Pressurised Reactor (EPR).

SZC’s developers, the 83 percent French-government-owned company Electricité de France (EDF), have somehow convinced the UK government that Sizewell is a good potential site for its new and hugely powerful design. The EPR is seen by EDF and the French government as the saviour of the French electricity industry, which currently relies on nuclear power for 75 percent of its capacity, and which is anxious to sell its new design to the 30 other nations still using nuclear power. So far only three – China, Finland and the UK – have expressed interest.

In reality, the site is already too small, even if we take no account of the EA’s prediction for the future. It also sits within an area of outstanding natural beauty (AONB), which will be hugely compromised by any development. The only access to the site is via a road system that was built to carry summer tourist traffic, rather than the 1,000+ HGVs a day predicted to be required for building the massive twin-reactor EPR project.

The ‘nuclear renaissance’ was announced by Tony Blair in 2006, naming Sizewell, along with Bradwell in Essex, Hinkley in Somerset, Wylfa in Anglesey and Moorside in Cumbria amongst others, as sites for nuclear development. He argued that reviving the nuclear option would remove uncertainties around security of supply of electricity and would help address the climate change issue. Yet nuclear power is probably not even ‘low carbon’, let alone ‘zero carbon’ as its apologists maintain. Long-standing analysis, most recently by the social policy research unit at Sussex University, indicates that the continuing government fixation with nuclear power is in fact largely driven by the UK’s desire to maintain the skills and materials supply chain critical for the renewal of the country’s nuclear weapons arsenal.

A campaign group ‘Together Against Sizewell C’ (TASC) was established in 2008 by a group of residents, nuclear opponents and people from all walks of life in the area whose quality of life, livelihoods and homes were threatened by further development of the Sizewell site. The group has built a strong environmental case highlighting the site’s intended location on an eroding heritage coastal AONB. The construction activities will devastate large tracts of land, infringe sites of special scientific interest and encroach on the UK’s primary bird sanctuary, Minsmere, the RSPB’s ‘jewel in the crown’ reserve. To construct SZC, the anticipated 1,000 HGVs a day required to bring material to the site will necessitate road widening, new roundabouts, a park and ride, road straightening and compulsory purchase orders. In short, it will turn a rural, tourist-friendly area into an urbanised building site for the 12 years.

But even more fundamentally, SZC may turn out to be a huge white elephant. By 2050, the entire energy sector will have been totally decarbonised by law, and there will be no carbon in the system for nuclear power to offset.

Moreover, electricity demand is falling and has been doing so for a decade or more as more energy efficient lightbulbs and appliances begin to have an impact, and energy prices rise. As Carbon Brief reports, “Generation in 2018 was some 63TWh (16 percent) lower than in 2005, a reduction equivalent to 2.5 times the output of the new nuclear plant being built at Hinkley Point in Somerset. This is despite the UK population increasing by 10 percent from 60 million to 66 million people”.

All our future targets for electricity generation, climate change reductions and costs can be adequately met without any nuclear component in the energy policy we pursue. With decentralisation, increased efficiency, and more investment in renewable sources, we can avoid going back to nuclear and also avoid adding to the mountain of lethal radioactive waste which we seem only too content to pass to future generations.

We can only hope that these issues weighed on the government’s mind when it made its ‘Ten Point Plan’ announcement recently. The document was billed as a “green industrial revolution”, but after many long years, government has produced a document of dither and ambiguity. It promised to “deliver new and advanced nuclear power” but did not name SZC, thereby increasing the uncertainty for EDF as well as for those communities threatened with nuclear developments.

As for ‘advanced nuclear power’, that no doubt refers to the small modular reactors (SMRs), designed to be scattered around the country. The prospect of nuclear waste on the doorsteps of many hitherto nuclear-free areas is a recipe for trouble. Planning consent will be hotly contested, as it is with all nuclear developments, and the mention of SMRs is seen more as a sop to rabidly pro-nuclear trade unionists than a realistic policy option, just as Johnson’s recent renewed mention of SZC is being interpreted as an overture to the French in a bit of classic Brexit-related horse trading.

Following up the announcement of the plan and the publication of the long-awaited Energy White Paper, the Times newspaper announced, “The government is considering backing SZC, a twin-reactor plant in Suffolk. It could generate 3.2 gigawatts of electricity, enough to provide 7 per cent of Britain’s energy needs. The move is a vital part of the prime minister’s pledge to reach net-zero emissions by 2050. Most reactors are due to shut down this decade, leading to fears of blackouts in the 2030s”.

Whether the government backs SZC or not, there is the small matter of a yearlong planning inquiry to carry out first, at which the incontrovertible case against SZC will be played out. Even this government has to abide by some norms and protocols. TASC is actively fundraising to pay for lawyers and experts to represent it at this critical examination stage. If built, SZC will not provide 7 percent of Britain’s energy needs: it will generate 7 percent of its electricity needs, which is a wholly different issue. In energy terms, SZC will contribute around 1 percent of energy needs.

The Sizewell drama has a long way to run yet. There are huge issues at stake, not the least of which is how the energy and electricity sector should be structured for coming decades. This is an excellent opportunity to accept that nuclear power presents us with insurmountable problems of waste, siting and rapidly emerging health issues, and to shine a spotlight, yet again, on the depressing reality that nuclear power generation is inexorably linked to the nuclear weapons industry.

Renewables, decentralisation, increased efficiency, conservation and innovation represent a cheaper, quicker and more people-friendly means of generating our electricity and combatting climate change. Moreover, a renewables sector will create tens of thousands of jobs as opposed to the hundreds available with nuclear power: the 900 long-term jobs that could result from the Sizewell development will cost a breath-taking £22m each to create.

Finally, it may have escaped the government’s attention that we are in the middle of a climate crisis. Crises demand immediate action, not choices that will take the best part of 15 years to come to fruition. Time to bin it, Boris.

You can sign the petition to stop the Sizewell C nuclear development via this link.

Pete is co-founder of Friends of the Earth and Greenpeace UK and architect of what one journalist called "some of the most imaginative and successful environmental campaigns of the 80": radioactive waste dumping at sea ended, UK fur trade curtailed, dolphinaria banned, seal culling in the Orkneys abandoned, liquid radioactive waste discharges to the Irish Sea dramatically reduced, Antarctica declared a mining-free zone until 2041. Consultant to many government departments and industries. Author of two books. Member of Defra’s committee on radioactive waste management 2003–2007.