John Cole shows how "doughnut economics" might be the key to our way out of the upcoming economic crisis, with help from the York Green Party 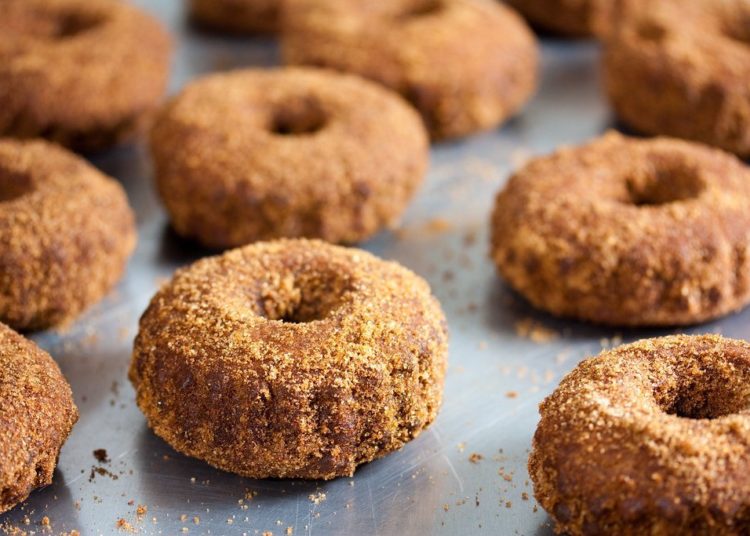 Image by Veganbaking.net for Creative Commons

The coronavirus pandemic has been hugely disruptive, and this is particularly true of the world economy. Once the pandemic is past, should our task really be to restore the status quo or to ‘Build Back Better’?

In a world of great inequality – both within nations as well as between them – we can anticipate that the wealthiest one percent will want things to be just as they were. The old system suited the rich and powerful – after all, that’s how they became rich and powerful.

In 1945, as peace returned, the task of reconstruction began. Europe in particular had been devastated and this was seized on as an opportunity to build back better. In the UK for example, a reforming Labour government effectively created the welfare state from scratch, including setting up the NHS and free secondary education for all. On the continent, the European coal and steel community was established: the body that later morphed into the common market. This was building back better by establishing a collective that would greatly reduce the danger of a further war on the continent.

The early decades of the post-war period saw relatively benign economic management of a Keynesian variety, living standards rose and inequality was reduced. However, from the arrival of Margaret Thatcher in 1979 onwards, policy makers turned away from Keynes and adopted the more market-orientated economics of monetarism. This led to the heyday of ‘neo-liberal’ or ‘neoclassical’ economics.

Neoclassical capitalism has not served most people well – nor the environment. All forms of standard economics, Keynesian and neoliberal, ignore resource depletion and pollution. But now the growth in inequality was added to the mix. Letting markets rip, has brought us to a pretty poor pass. The obsession with growing world GDP – at the expense of the environment – is in serious danger of adversely affecting our future quality of life. And let us not forget the global financial crash in 2007/08 that highlighted the significant faults in the present economic system.

Is there an alternative? Going back to 1970, EJ Mishan wrote The Costs of Economic Growth. Since then, a growing number of economists have questioned the quest for growth and the attendant negatives that a market-driven push for growth brings with it.

In 2017, Kate Raworth published a book Doughnut Economics… Seven Ways to Think Like a 21st Century Economist. Four years earlier, in 2013, economics students at Manchester University set up their own “Post-crash economics society” in protest at what they saw as the narrowness and unreality of the undergraduate economics syllabus. In the words of their manifesto:

“Economics education is monopolised by a single school of thought commonly referred to as neoclassical economics … alternative perspectives are still close to non-existent in undergraduate programmes.

“There is also a distinct lack of real-world application of economic ideas, with the focus being on abstract modelling that often seems devoid from reality.

“The study of ethics, politics and history are almost completely absent from the syllabus. We propose that economics cannot be properly understood with all these aspects excluded”.

What began in Manchester soon spread to other universities, with the students finding that some of their teachers were very willing to offer support. And not just lecturers and professors. Andrew Haldane, chief economist at the Bank of England, in his foreword to the student manifesto said: “It is time to rethink some of the basic building blocks of economics”.

The dry-as-dust mathematical models taught in universities had managed to filter out all human dimensions and thereby attained the rigour of rigor mortis. What had been forgotten was the wisdom of the old saw: “The market is a good servant but a poor master”. However, the advantage of neoclassical economics from the point of view of the financial elite is that it gave some sort of academic underpinning to a system that was enriching the top ten percent.

In “Doughnut Economics”, Kate Raworth identifies and addresses a whole variety of issues that neoclassical economics ignore. The book is widely researched and rigorous. The solutions it proposes are grounded and feasible because they have been the subject of critical discussion prior to writing. It is dedicated to meeting the needs of all, within the means of the planet. It provides a totally new paradigm for running the economy – in short, it builds back better.

Raworth pictures a ring doughnut with an inner wall (the social foundation) and an outer wall (the ecological limits in a particular context). The space between the two walls is the “safe and just space for humanity”. Should a society suffer, for example, from insufficient educational opportunity, that shortfall takes it out of the ‘safe and just’ space into the empty hole in the middle of the doughnut that she designates as the “critical human deprivation” area. Unmitigated climate change, by contrast, penetrates the outer wall and shoots society out of the safe ring into unsustainability.

Raworth identifies 12 potential shortfalls and nine potential environmental overshoots. The doughnut image brings ecological and human potential into a relationship that mathematical models simply ignore. It is potentially a far more holistic and sustainable approach to running a country’s economy.

On 29 November, the Green Party in York set up a webinar meeting with ‘Doughnut Economics’ as its theme. Kate Raworth contributed a video in which she outlined the general principles of doughnut economics and explained how it could be scaled down to city or county level. Kate had worked very closely with three cities, engaging collaboratively with local councillors to see what was feasible.

Cllr. Edwina Hannaford is a Green county councillor in Cornwall and is the portfolio holder for planning and the environment. The cabinet in Cornwall is a mixture of Liberal Democrats and independents – including Greens. A ‘doughnut collective’ has been set up with a view to infusing doughnut principles into a whole range of agencies. I was struck by the modesty – humility almost – of Cllr. Hannaford who, with cabinet colleagues clearly sought to make progress by education rather than force-feeding.

As a result, there was wide support from officers, with 150 ‘green ambassadors’ across the council. An early convert had been the director of economic development, and his department had been at the forefront of moving in the doughnut direction. Additionally Cllr. Hannaford is a member of the Cornwall and Isles of Scilly Local Development Partnership, hence engaging directly with private sector business in the county. The council has developed its own decision-making wheel that includes a prioritised checklist for any policy decisions.

From Amsterdam, Cllr. Imana Nadif reported and it was clear that (in consultation with Kate Raworth) Amsterdam is making significant progress. Parks and public spaces are being improved in the hope that residents “see outdoor space as their second living room”. Housing supply is a concern and needs to be tackled in a ‘doughnut friendly’ way. Education is seen as an important way forward and doughnut principles are being taught in schools. Adults, too, are increasingly supporting the concept, and councilors have a target of reducing consumption. “We must use what we have more sparingly and make the most of discarded products”.

A network has been set up whereby any family that over-caters can register the fact that spare food is available. This not only reduces waste, but also has the effect of connecting people. Amsterdam enjoyed the process of establishing doughnut economics and the councillors see a duty to spread the word to other cities. A challenge now is to win greater support at national government level and devolve more decision-making powers to localities.

From Cambridge, Clara Todd reported on her ‘Doughnut grassroots’ group. Over time, 40 people have become disciples of Kate Raworth, but this group is so far in its infancy compared with Amsterdam and Cornwall. As a group they are planning to move from “despair to transformative action” – possibly doing this by allying with a sympathetic art group that could be a good way of getting out the message. They want to win over local councillors, who tend to come under pressure from “a powerful property lobby”. In Clara’s words, “brave and radical thinking is needed. If authorities ask ‘but can we afford to do it?’ our reply is, ‘we can’t afford not to’”.

As in so many other fields, innovation in economic thinking very often comes from below, and takes time to reach the national mainstream. But it is very instructive to follow progress in such concrete examples.

Three cheers for York Greens, who organised a first-rate webinar.