‘Build back better’ – but for whom?

The pandemic has done one good thing for us: it made us stop, take stock and wonder if life should be different from before. Both the Conservative and Labour parties agree on the need for change. 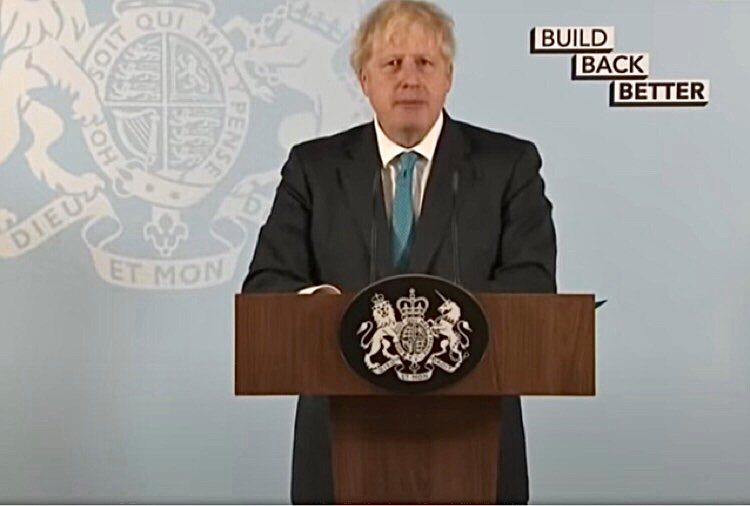 The pandemic has done one good thing for us: it made us stop, take stock and wonder if life should be different from before. Both the Conservative and Labour parties agree on the need for change. For Boris Johnson, “it won’t be enough to just go back to normal”. For Keir Starmer, we’re at “a fork in the road [and] our collective sacrifice must lead to a better future”.

The government’s proposals for the country’s future have been published under the title Build Back Better: our plan for growth, focusing on what it claims are “the people’s priorities”. A closer look at these proposals suggests that, as with many current government initiatives, they may be divisive – and in a way that may set Johnson against his own party.

Build back better: “the people’s priorities”?

A strong case is made in the government’s proposals for the need to ‘build back better’. Economically, for example, the UK is described as performing poorly: the contribution of hours worked in the UK to gross domestic product (GDP) is less than in the USA, France and Germany. In addition, performance varies widely across the UK, and the gap between the contribution of London to national output and that of other UK regions is increasing. Between 1998 and 2018, London’s contribution rose from 20 to 24 percent, with corresponding declines in most other regions.

The plan describes three essential “core pillars of growth” for the future: increased investment in infrastructure, better skills training and the creation of a favourable context for innovation. Building on these will allow a focus on the so-called “people’s priorities”. These are:

The section on levelling up paints a depressing picture of struggling towns, inadequate regional public services and disparities in educational opportunities and earnings. An uninformed reader might be surprised to learn that the governing party proposing to tackle these horrors of regional inequality is the very one whose policies helped them to grow.

Still, the proposals claim these inequalities are all now to be addressed, with areas regenerated, strengthened, driven-forward, and with siloes and barriers broken down in three-pronged approaches to delivering a step-change.

It is not a good omen that one of the levelling-up proposals – the creation of freeports across the country – has already been shown to be flawed, which may somewhat shake our faith in the others.

The plan has also been criticised as “vague” and unlikely to succeed, given its dependence on top-down, one-off, thinly spread spending schemes controlled from Westminster.

In claiming to represent the people’s priorities, the ‘build back better’ proposals beg several questions. They assume that people actually want change, that we all want the changes proposed, and, in particular, that we want the country to be levelled up. Do we?

To explore the reality of what people most want to see happening in our country, the Mile End Institute (MIE) at Queen Mary University of London commissioned Ipsos Mori to survey 1,200 adults across Britain. The MIE report on the findings sheds an interesting light on the government’s plans.

Answers to the survey’s first question reveal that not everyone wants things to change. The report suggests some of us may just be happy to get things back to how they were before the pandemic.

People were then specifically asked about the government’s plan to ‘build back better’. What should the main priorities be? Two of the government’s targets (net zero and global Britain) were not offered as options but others come within the levelling-up agenda:

At the heart of the concept of levelling up is an awareness that people who live in different parts of the country have different levels of opportunity, earnings and access to public services. We might therefore expect people who were concerned about this to prioritise the need to tackle inequality, especially since a previous question revealed a definite awareness of its existence: 52 percent of respondents said they felt that people were either a little less or much less economically equal than before the pandemic.

And yet, only 16 percent of all respondents rated it as a main priority.

The report presents an interesting further analysis, distinguishing between whether people voted Conservative or Labour in the 2019 election. Note the differences of opinion. It puts a dent in the notion of ‘the people’ in “the people’s priorities”.

With regard to inequality, only 11 percent of Conservative voters chose it as a main priority, half as many as Labour voters:

For Conservative voters, policing and criminal justice and government debt were chosen more often as main priorities. In other words, what we might think of as traditional right-wing concerns may still take precedence for these voters over any newfound passion in No 10 for levelling up.

This leads to another question. When 31 percent of Conservative voters prioritised town/high street regeneration – which is indeed a target for the government – were they thinking “my town” rather than “all those struggling towns in the north of England”?

Southern discomfort with levelling up

This may not just be speculation.

While the council elections went well for the Conservatives overall, there were signs of voter dissatisfaction in southern ‘blue wall’ areas, where there is a worry that levelling up will benefit the north of England at the expense of these traditional Conservative heartlands.

Tim Loughton, Conservative MP for East Worthing and Shoreham, told the Financial Times, “We have got a problem … All the focus has been on the red wall, winning and cementing gains up there, which is great. But levelling up can’t just be about the north”.

There is a tension arising from pushing a strategy like levelling up, which goes against the Conservative grain, against the political pull of funds towards the blue heartlands. And the outcome is all too predictable. For example, the recent “overwhelmingly skewed” allocation of a £4.8bn levelling-up fund to Conservative regions, despite their not being classed as ‘most deprived’.

Build back better: red or blue?

The claim that the ‘build back better’ proposals represent “the people’s priorities” is at best wishful thinking. The ‘people’ seem not to agree. Johnson will not mind if Labour voters’ priorities are different from those of Conservatives, but he will be in trouble if his key levelling-up strategy fails to find favour with his own core vote.

If further funds are allocated towards already better-off, Conservative-voting areas, then the policy will be revealed as a cynical, political stunt.

As a person not known for decisiveness, Johnson is likely to have to choose which ‘people’ are to have their priorities met and hence where to focus his building skills. Will it be blue wall maintenance or red wall repair?