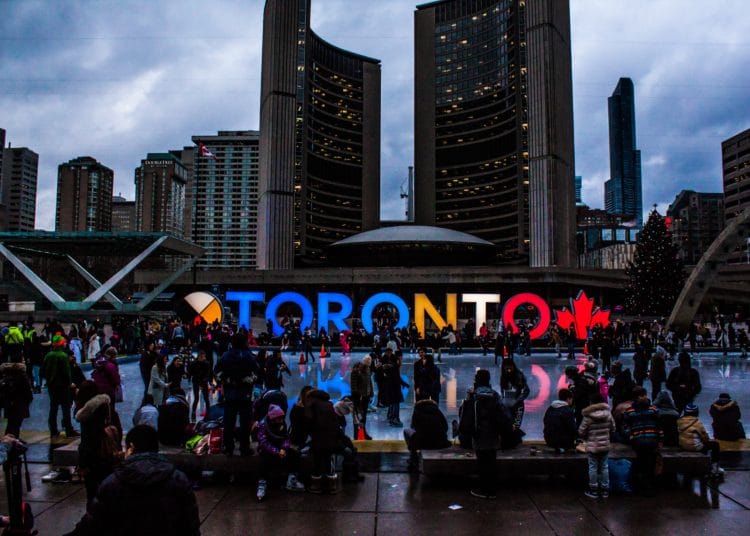 Photo by Vincent Albos from Pexels

From Boris Johnson’s statement on Friday we can see the developing narrative that the government intends to adopt in the coming days, as Brexit reaches its unhappy denouement. The prime minister said that from the outset we wanted “nothing more complicated than a Canada-style relationship” – shorthand for CETA, the Comprehensive Economic Trade Agreement signed in October 2016 between Canada and the EU.

After 45-years membership, the ‘intransigent’ EU is trying to punish us by not conceding to our entirely reasonable request, is the line being taken. Which only reveals the stunning extent to which the two sides have been talking past each other for the past eight months.

Johnson claimed the EU summit appeared “explicitly to rule out a Canada-style deal”. Coming in October, this an amazing statement. As far back as February this year, Barnier told Frost that we could not have a Canada-style deal, it was even reported on the BBC with the headline: “Michel Barnier: UK can’t have Canada trade deal with EU”.

This weekend Michael Gove, the cabinet minister responsible for the negotiations, writing in The Sunday Times repeated the claim that we had “hoped to conclude a Canada-style free trade agreement” before 1 January.

To add to the confusion it is being suggested that Britain has never actually asked for a Canada style agreement, as confirmed by Tony Connelly, RTE’s Europe editor, in a report on Saturday.

Connelly claims a baffled EU official told him a Canada-style FTA was “never asked for, and was never on offer”.  This must obviously come as a shock to many Brexiters for whom CETA had become the Holy Grail and who have accused the EU of bad faith.

The reason for the official’s bafflement is clear. The Canadian deal took seven years to negotiate before being signed in 2016, so there was never enough time during the 11-month transition period, even recognising the close current regulatory alignment.

The reason it took so long is that it was negotiated commodity by commodity and line by line, to eliminate or reduce tariffs and quotas where possible and to agree tariffs where it was not. Although provisionally in force since 2017, it has yet to be fully ratified by all member states, even now.

Mrs May rejected the idea of a Canadian-style agreement in her September 2017 speech in Florence, saying CETA represented “such a restriction on our mutual market access that it would benefit neither of our economies”.  She went on to negotiate something much closer but, as we all know, failed to get parliament’s approval.

A free trade agreement was initially shown as one of the options in December 2017 on Barnier’s stairway to Brexit, as a tiny icon of the Canadian flag, representing nothing more than the loosest possible deal, short of World Trade Organization terms, allowing the UK to have an independent trade policy.

When Johnson came to office he immediately talked impatiently about “getting Brexit done”, and wanted to have accelerated trade talks completed by the end of the transition period in December 2020.

Although the prime minister himself appears not to have understood, this compressed timeframe implicitly ruled out CETA. Brexiters have continued to believe it was an option and actually represented the outcome they had always sought, but it was never achievable in eleven months.

The EU has proposed the only possible alternative solution that respected the UK’s red lines and was available within the time limits set by Johnson: a zero-tariff, zero-quota agreement. This eliminated at a stroke all the negotiations on tariffs and quotas. But, in return for the high level of access to the single market, the quid pro quo was that Britain had to follow through on the political declaration and agree to “robust commitments to ensure a level playing field” because of the UK’s “geographic proximity and economic interdependence”.

By June 2020, when the government finally ruled out extending the transition period, any slim possibility there might have been of negotiating a deal like CETA, even if the EU had offered it, which they did not, was finally closed off.

What we know also, because Barnier has said so several times, is that Britain has been asking for far more than CETA. “The truth is that in many areas [Britain] is demanding a lot more than Canada, Japan or many of our other partners”, Barnier told a forum in Brussels in June.

For example, we want to continue in the EU energy market, enjoy cabotage rights for our haulage companies and mutual recognition of professional qualifications, none of which are in CETA. We want to diverge from EU rules, but CETA has an entire section on regulatory cooperation which speaks of convergence.

And as the EU regularly points out, we are not Canada and every trade deal is bespoke, tailored specifically to the partner. Trade deals are not a matter of cutting and pasting one country’s name over another in a standard agreement.

Finally, CETA was a “mixed agreement” (see box) which meant all EU member states had to ratify it. It came into force provisionally, but subject to the unanimous approval of all regional and national legislatures. For Britain, such a mixed agreement would mean uncertainty stretching potentially for years ahead.

A “mixed” agreement refers to an agreement – for example, a trade agreement that also deals with regulatory or investment issues – between the EU and a third country that touches both on powers, or competences, exclusive to the EU and on those exclusive to EU member states. They must be approved by both the EU and by all member states. In some cases, the approval of member states includes the authorisation by regional bodies, as in the case of Belgium. The EU have yet to confirm if the UK-EU trade deal will be mixed or not.

So we now have the insane prospect of Johnson threatening to flounce out because the EU hasn’t given us something it ruled out before the talks started, that we never asked for, was never on offer and isn’t suitable anyway.

Another bizarre twist in Brexit wonderland.

Northern Lib Dems: PM must get a grip of coronavirus spread in the North