Why Boris Johnson's choices are limited to securing a deal at any price and an extension to the transition period. 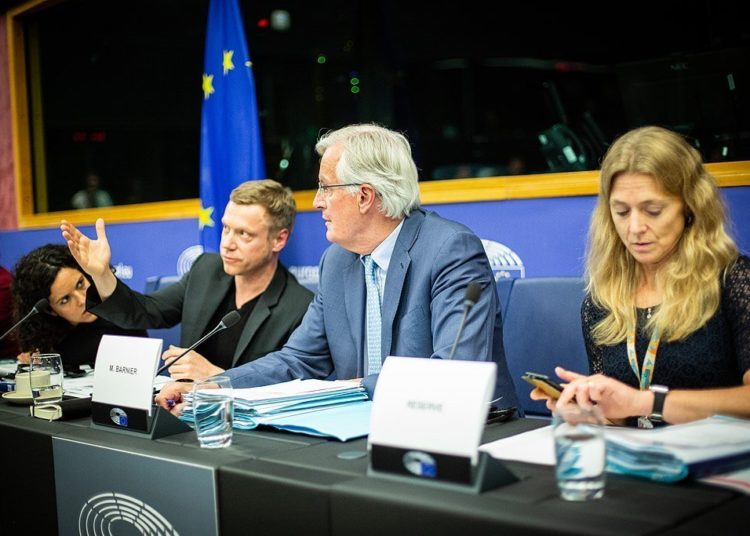 Michel Barnier briefed EU commissioners yesterday with the two sides in the trade talks said to be locked in a “final push”, as EU diplomats warned a deal needs to be struck by tomorrow otherwise EU governments would press the Commission to launch no-deal preparations.

The sorry Brexit saga is drawing to what looks like an ignominious close with Britain, incredibly (after four years), totally unready to leave the transition period – even if a deal is agreed – while a mystified Europe looks on, its ducks having been neatly lined up in a row for months.

It doesn’t take a genius to see who will be making the concessions very soon. Warning sirens are starting to wail from every corner of the UK economy.

We learned recently from the NAO and the Institute for Government that Britain is woefully underprepared in virtually every sector. With six weeks to the end of the transition, these reports are becoming almost routine.

Yesterday, the future relationship select committee was told categorically that business and agriculture in Northern Ireland will not be ready for 1 January. In recent surveys, only 9 percent of farmers and 7 percent of members of the NI Chamber of Commerce felt they were prepared for Brexit.

With the future of fishing still a big stumbling block, the industry has written to DEFRA Secretary George Eustice to warn it faces devastating delays over the way catch certificates are validated, apart from all the other bureaucracy like export health certificates. It will mean after Brexit the fishing industry may be unable to export fish to the EU, its biggest market whatever happens.

West midlands Conservative mayor Andy Street seems to have finally realised the UK car industry faces tariffs, because what we think of as British cars are actually made of too many parts supplied by non-EU countries to qualify for tariff-free access, even with a free trade deal. Likewise, Nissan is warning again that the prospect of additional costs from tariffs and possible border delays threatens the viability of its UK business.

According to Sky News, British ports have said that post-Brexit customs checks on food imports, similar to the ones carried out for non-EU countries at the moment, will be impossible.

The Lords EU goods committee heard this week from hauliers warning that the logistics industry is not ready. The Customs Declaration Service IT system won’t be available for GB-NI trade and several other IT systems, including the Goods Vehicle Movement System, might just about be tested, but nobody will be trained to use them – especially the 85 percent of foreign drivers responsible for the Ro-Ro (roll-on, roll-off) traffic across the short straits.

Support for Brexit among voters has dropped to a record low, with just 38 percent thinking it was the right choice and 51 percent now believing it was a mistake.  Meanwhile, in Scotland the last thirteen polls show a majority would now vote for independence. Every time Johnson appears on the television, he increases support for the SNP and hastens the break-up of the UK.

The UK’s top counter-terror chief warns a no-deal Brexit will make the country “less safe” if we lose the security tools that the EU databases provide.

The FT claims Britain faces the worst hit to its public finances since the Second World War and a report by accountants KPMG suggests Brexit – even with a deal – will shave £50bn off UK growth next year, rising to £100bn without a deal.

This is the calamitous backdrop to the choice that Boris Johnson faces.

A no deal disaster would probably see him out of Downing Street within weeks, despite the ERG believing it’s the only true Brexit. A charismatic prime minister might be able to rally people behind him in adverse circumstances, but not when the adversity is a direct result of his government’s flagship policy.

To borrow a phrase from Dominic Cummings, a hard rain is coming in January, even if we get a deal. There will be serious disruption at best, but failing to secure an agreement would be significantly worse. And not only would the nation be plunged into chaos, walking away would destroy the biggest lever we have on our side, even if it was always mainly self-harm. You cannot threaten to go over the cliff again when you are already on the rocks. When talks resume, as they eventually must, the UK would be in an even weaker position than it is now.

He could of course try to point the finger of blame at the EU, but there is a problem. James Johnson, a former No 10 adviser and pollster, told an IfG webinar recently that focus group work in 2019 indicated people were up for leaving without a deal at the time because they believed we had a “grievance” with the EU who they thought was somehow trying to “keep us in”.

But, after Johnson’s election winning slogan of “get Brexit done”, focus groups show voters are confused and can’t understand what our argument is with Brussels any more.

This is confirmed in polling by Pew Research, which shows British respondents’ view of the EU rose to its highest level of approval since regular polling began in 2004; 64 percent now having a favourable opinion of the bloc as we exit.

The PM endlessly proclaiming that we will “prosper mightily” without a deal cannot have helped. Blaming the EU for forcing us to prosper mightily is quite a difficult argument to sustain – even for someone with a silver tongue like Boris Johnson.

So, he will be forced to agree a deal and will then have the monumental task of convincing the public the deal is a fantastic one, to be followed within days by significant supply chain disruption, queues of trucks at the border, empty shelves and possible food and medicine shortages. Not easy is it?

The only way to avoid the chaos and the launch of Brexit into an avalanche of bad news – is to negotiate an extension to the transition period. This is, in my opinion, inevitable.

It will not be called an extension of course, and may be heavily disguised, but it will be an extension nonetheless, because nothing else will allow Brexit to stagger onwards a few more steps and for Johnson to survive few more months.