Steve Pottinger speaks with people on the ground as British importers struggle with the reality of trade outside of the European Union. 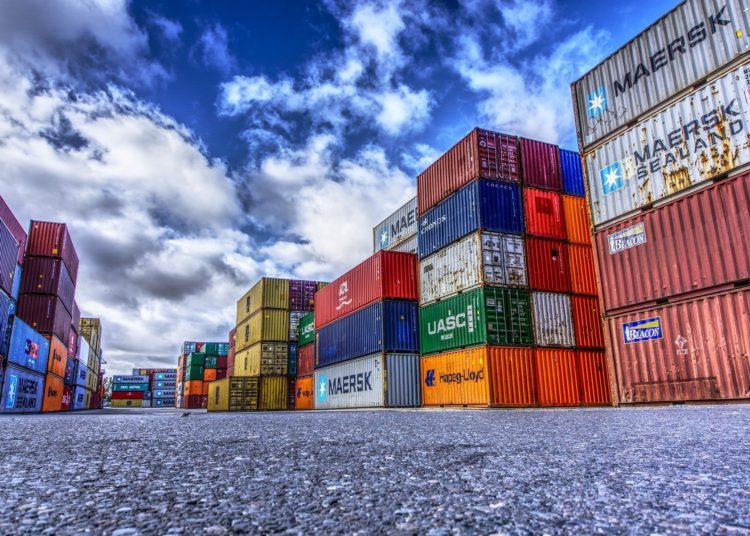 Image by distelAPPArath for pixabay

Two and a half weeks after the “easiest deal in history” was finally agreed, and the impact on the UK’s ability to trade is becoming clearer. It doesn’t look much like the promised sunlit uplands.

Unsurprisingly, given that much of the brinksmanship over an agreement with the EU was centred round fishing, and the “happy British fish” Rees-Mogg is so proud to boast of, the impact of the deal on the UK fishing industry has had considerable media coverage. Delays have led to shipments of fish being binned, Lochfyne Langoustines has warned it may go bankrupt, and – with prices plummeting at UK quaysides – Scottish fishermen are reported to be making a two-day round trip to Denmark to sell their catch.

Moving away from decades of frictionless trade with our neighbours in the EU is bringing a series of interlinked problems, each of which make trade more complex and costly. Together, they’re creating something akin to a perfect storm. The transport manager of a freight forwarding company in the Midlands which employs over 20 people told me:

“I’m not sure, as a company, we could have prepared any better. We employed people, got a system set up, had training every day on the system, but until it actually went live, people didn’t realise the problems we were going to have. It’s the sheer volume of paperwork. In groupage, you can have hundreds of different customers’ goods on one trailer. Each individual customer’s paperwork has to be done for each individual shipment. Some of those shipments now have 30-page invoices, where you’ve got to enter weights, measures, quantities, value of goods, commodity codes, and so on. For one shipment.”

One incorrect piece of paperwork means a whole trailer being stopped. Under the old system, his company would receive one or two trailers from the EU each day, unload them, distribute the goods, reload them with goods awaiting export, and send them on their way. Not now. The few trailers that have arrived to date have been half empty, and, since the start of January “We’ve shipped four trailers. As far as I’m aware, none of them have got across yet”. Trucks are being held in Kent, but customs are overwhelmed.

“We’ve had trailers stuck at Ashford for two days. Waiting. We’ve had a driver get called through, and then the system’s gone down and they’ve had to send him back to the holding area again”.

Previously, their warehouse would be empty at the end of each week, with trailers of goods on their way to customers in Europe, but now “In the German bay alone we’ve got three, possibly four trailers’ worth of goods. Waiting to be exported, waiting for the customs clearance to be done”.

Imports have been hit, too. In 2021, the first of what should be a daily round-trip trailer to the Midlands from Germany arrived on Thursday 14th, and entered customs at Birmingham Airport that evening. “As of when I left work Friday at 5.30 it still hadn’t cleared customs. They’re swamped. They’ve parked him off-site and they’re calling trucks in one at a time. I don’t even know if he’ll be with us on Monday. Germany’s asking what we’re reloading on the trailer so they can sort their customers’ paperwork at their end, and we’re having to tell them we’ve not even seen the trailer yet, because it’s still at Birmingham Airport.”

Express van services have come to a halt. What’s the point of an express van if it’s going to be stuck two days at customs? And trucks sat idle waiting for paperwork cost EU hauliers money. “My immediate manager thinks that at some point the cost of a trailer will double. Say you’re currently paying £1,000 for a trailer to go from Birmingham to Gelsenkirchen, for instance, it’ll be £2,000 because they’ll be wanting to make sure they’re paid for any delays.”

Passing increased costs along to the customer is another headache on top of paperwork, a customs service struggling to keep its head above water, and drivers sitting in their cabs with no real clarity about when they’ll get cleared. Proclaiming Brexit a no-tariff deal only compounded this.

“One of the biggest problems is educating the people who’ve actually ordered the goods. A lot of them don’t understand why they should now pay import duty and VAT on goods they’ve ordered.”

Firms will, undoubtedly, get better at dealing with paperwork. And while it may be possible to put in place processes that take into account the longer delivery times between the UK and the EU, the era of picking goods up one day and them being with a customer in mainland Europe the next would seem to have gone. This, in turn, makes buying British a less-attractive option. Customers who cannot wait will go elsewhere. “You have a machine you bought from the UK. A press, milling machine, lathe, whatever. If you need a part from the UK, and you need it urgently, I’m not sure that’s going to happen.”

“I think people were fooled by the easiest deal in history, and being told any reservations were just ‘project fear’. They wanted to believe it wouldn’t be that bad. It is. Believe me, it is.”

At the end of four long, arduous years, the UK government finally signed up to a binding treaty with precious little by way of wiggle room. Given the lengthy negotiations which preceded this treaty, it’s hard to imagine much goodwill in the EU if and when it comes to helping dig the UK out of a hole it’s chosen to jump into. The implications of that are profoundly worrying for us all.

Withdrawing the benefit lifeline will leave many adrift