Brexit negotiations during a pandemic lockdown

Stella Perrott considers the impact coronavirus is already having on the UK and EU’s attempt to forge a Brexit deal and the implications for the future. 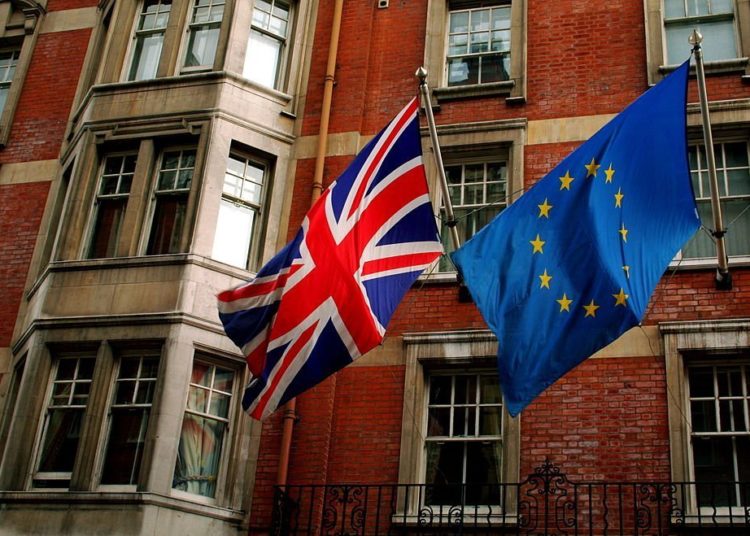 Stella Perrott considers the impact coronavirus is already having on the UK and EU’s attempt to forge a Brexit deal and the implications for the future.

David Frost the UK’s Brexit negotiator reassures us by tweet, almost on a daily basis, that the Brexit negotiations are progressing well. This is in spite of Michael Barnier (the chief EU negotiator) and Boris Johnson (the UK’s Prime Minister), both recovering from coronavirus along with many of the staff and key political figures on both sides of the negotiations. The UK civil service has largely suspended Brexit planning having been diverted to managing the coronavirus crisis. Public services are struggling to meet the level of need and businesses are going under or being transformed.

Organisations are managing day to day but almost none are preparing for Brexit. Ministers too seem unable to give it much attention, and certainly not the level of attention that will be needed to prevent us crashing out in December, or being prepared for the consequences that will follow.

Boris Johnson’s convalescence may take months and the government seems to be rudderless in his absence. The current lockdown is set to continue for some time and, even if we emerge from that sooner rather than later, normal life will take time to resume.

The UK was totally unprepared for Brexit, in spite of it having been predicted for some time. Operation Yellowhammer papers produced last year for the government demonstrated then how unprepared we were for Brexit and we have lost a further three months preparation time since then due to coronavirus. As yet, civil servants and business don’t know if we are pursuing a deal or World Trade Organisation terms of engagement. UK ministers are unable (without further legislation) to seek a Brexit extension, having prohibited it in the European Union (Withdrawal Agreement) Act 2019 – an Act passed a day after the World Health Organisation announced coronavirus as a global pandemic.

If the UK was poorly equipped to deal with Brexit, a post-coronavirus Brexit presents infinitely more challenges. Will the public sector be fit to manage another crisis? Will the same industries we assumed would carry us through Brexit still exist? What will happen to the London’s financial sector when it is unlikely the banks will be bailed out a second time if people default on loans or mortgages? Will the UK’s population cope with unprecedented unemployment, massive devaluation of pensions as stocks plunge and severe pressures on public services? Will we be able to get closer to food self-sufficiency or are we destined to go hungry next winter? We simply do not know what the future looks like, how resilient we are and what resources will be left to assist in the recovery.

Meanwhile the EU is struggling to co-ordinate its coronavirus efforts. There is some rancour amongst members in the debates about the amount of help that should be provided to those countries hit hardest and there is some doubt about how much solidarity there is in practice in these difficult times. Representatives from EU member states are not able to meet to discuss the Brexit negotiations and electronic discussions have proved to be difficult because of lack of technological resources to meet the demands that this makes. There is less appetite in the EU for pandering to Johnson’s timescale demands given the difficulties members face individually and collectively.

A comprehensive trade deal with the EU was never achievable in the timescales set by the UK government. Now there is simply not the time, the energy, the will nor the resources to manage even a limited deal, so a ‘no deal’ scenario looks increasingly likely. Pressing ahead will lose the few friends we have in Europe and possibly elsewhere. Already President Trump has shown he will use the US’s purchasing might to protect its interests, going as far as to prohibit US firms from exporting lifesaving equipment and ‘pirating’ already purchased and in transit Canadian equipment. His attempted purchase of a German firm developing a vaccine was dependent on them giving the US exclusive rights to it. This goes way beyond an ‘America First’ strategy suggesting a desire to harm, or a callous disregard for the wellbeing of people in other countries. This dog-eat-dog world may await us post Brexit.

COVID-19 is going to have a profound impact on every aspect of our society. It is already reshaping industry, the food chain, social relations, and who and which occupations we most value. It has made the country reconsider the vital role immigrants play and the importance of food standards and safety, as the source of the virus, from unregulated ‘wet’ markets, has emerged. There is an urgent need to pause Brexit and not lurch into another crisis before we have come through this one. We need to take stock and we need to reassess the likely impact of Brexit as we begin to understand the new world into which we will emerge. We will need to understand better how the EU and individual EU countries have been affected by their experience and what future changes they may be making to the institution. There may be no EU left to leave, or it may be so fundamentally changed that we too wish to be part of it. We need to listen to the experts about the implications of different scenarios and undertake the impact assessments that were considered unnecessary first time round.

Most importantly, we need to move forward at a pace that respects the trauma and hardships the people of this country have experienced. That might mean that for a short time we have to press pause on Brexit.