The prime minister’s shocking near death experience filled the front pages last weekend but he may soon find himself facing a second one if the Greek confrontation with the EU in 2015 is anything to go by. 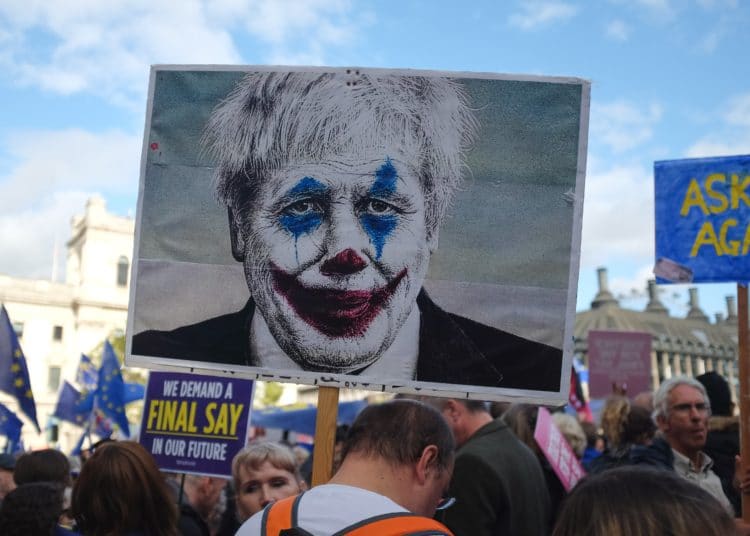 The prime minister’s shocking near death experience filled the front pages last weekend but he may soon find himself facing a second one if the Greek confrontation with the EU in 2015 is anything to go by.

Five years ago, the long-running financial crisis was coming to a head and saw Athens squaring up to the EU over austerity measures intended to bring Greece’s precarious debt pile under control. The newly elected Prime Minister, Alexis Tsipras, had threatened Grexit and “played a game of chicken, taking negotiations to the brink. It was a case of a moped against a German truck; when the EU refused to budge, Greece had to undergo a near-death experience before its eventual U-turn”.

So said George Papaconstantinou, a former Greek finance minister and author of: Game Over – The Inside Story of the Greek Crisis, in a short piece for LSE Blogs in March 2019. The article offered the UK a salutary lesson in negotiating with the EU.

Boris Johnson would do well to take note, since the gulf between the UK and EU in the future relationship talks is expected to reach crisis point shortly. It may be a precursor of an experience not dissimilar to that of Greece.

In 2015, political turmoil threatened a Greek exit from both the EU (Grexit) and the euro zone (Eurexit), events that would have been cataclysmic for Brussels and the single currency. Failure carried a price tag for Brussels far higher than Brexit, yet the EU stood firm and throughout the crisis, “did not blink”. In the end it was the Greeks who blinked.

Papaconstantinou claims that time has worked in the EU’s favour on Brexit, with initial worries about other countries leaving the bloc having all but evaporated. The EU is now more popular across the EU27 than it has been in almost 40 years, and more cohesive. But we are hearing a lot of belligerent talk issuing from Downing Street. According to Joe Barnes in the Express, unnamed British officials are said to be expecting “a lot of ‘noise’ between the two sides before Brussels eventually drops its hardline negotiating position.”

“What is slowing us up is the EU’s insistence on extra provision, notably the level playing field area, aspects of governance, and of course there is no meeting of minds on fisheries. If they continue to insist on their position on a so-called level playing field and on continuing the Common Fisheries Policy, for example, we are never going to accept that. Draw your own conclusion from that, but I hope they will move on.”

Before taking the UK’s ‘tough’ stance at face value, let us go back to 7 October last year. Pressure had been rising to reach a deal on the withdrawal agreement. Then the Spectator’s James Forsyth reported an 800 word text message from Downing Street, widely thought to be from Cummings, which contained this tub-thumping quote about the impasse:

“As things stand, Dublin will do nothing, hoping we offer more, then at the end of this week they may say ‘OK, let’s do a Northern Ireland only backstop with a time limit’, which is what various players have been hinting at, then we’ll say No, and that will probably be the end.”

Three days later the Irish prime minister Leo Varadkar travelled to Thornton Manor in the Wirral where he met Johnson, who quickly gave away the shop and agreed to a NI only backstop without a time limit. This gave the EU its preferred choice and delivered the province into permanent vassalage, as Johnson himself might have said. He then hailed it as a victory.

Based on past experience, is it likely the EU will drop its hard-line negotiating stance this time? It would not be wise to make this assumption.

According to Sir Ivan Rogers, our former Ambassador to the EU, what the Commission most admire about Johnson is not his firm line or consistency, but his ability to “sell a deal stacked in their favour as a UK negotiating triumph, if only in order to have done with the issue politically.”

Papaconstantinou believes that the negotiating power is never with a single country against the EU27. “They cannot be blackmailed or divided, not least by a former member”, he said. Once a detailed mandate is agreed, as it has been, changes can be very hard if not impossible to make.

The lesson the EU must surely take from last year is that faced with the real consequences of leaving without a deal, Johnson is most likely to capitulate. Meanwhile, publicly at least, the prime minister and his cabinet seem to think brinkmanship worked in their favour and look set on repeating the process.

The Guardian’s Rafael Behr mused about all this on Twitter:

But as Behr points out, brinkmanship only really ever worked on the domestic front. It had no impact at all on the EU and Johnson knows it. He played a game of chicken, lost, and presented it as a triumph. So, what will he do if the EU refuse to compromise again? The answer is that nobody really knows, perhaps not even the prime minister himself.

At some point before June 30, a decision about the transition is needed. Failure to ask for an extension will set the timer on an explosive charge primed to go off at midnight on New Year’s Eve, overshadowing London’s annual fireworks display.

Whether the subsequent blast is under the Conservative party or the nation will depend on Johnson’s next decision. The EU’s 440-page draft treaty is a close template of what the final deal will actually look like, significant concessions being highly unlikely. Accepting it would probably blow the Tories apart.

But rejecting it for trade on World Trade Organisation terms would lay waste to huge sections of the economy in the industrialised and newly won red wall seats in the north, as well as across many farming communities in Tory shires.

This is the near death experience that the reckless prime minister unwittingly chose for himself on 21 February 2016, when he casually put ambition over all else by opting to campaign for the leave side in the referendum. It will be a rare moment of clarity

The Cygnus Report on pandemic flu preparation - ignoring the advice