Amanda Robinson began her quest to find a benefit of Brexit in Paris - what do Parisians think about the UK leaving the EU? 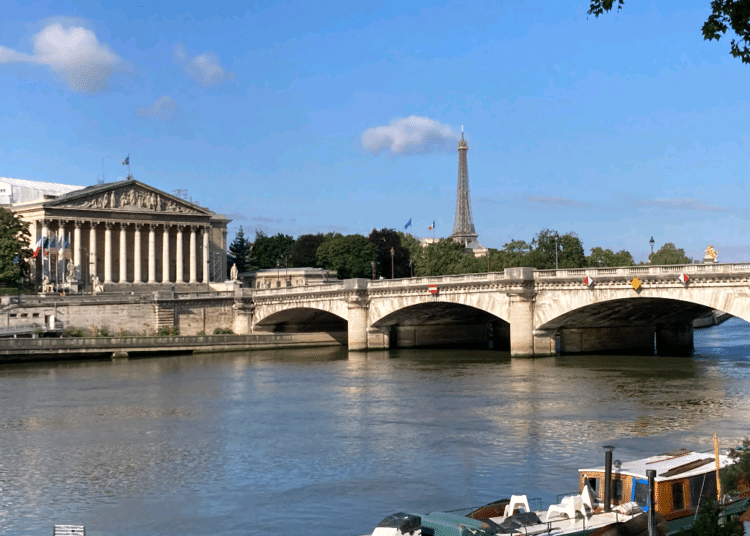 A view of the River Seine, provided by the author

Warning: this article will in no way attempt to be politically correct since Amanda Robinson is officially on her summer break and may resume ‘normal’ service at some point later in the year. Or never.

In July, the lifting of restrictions for people in England – with the UK being on the leader board for most covid deaths and rife with infections – led me to contemplate if Johnson was merely pandering to the British love of a bargain break and lifting restrictions too soon, thus leading us back to another lockdown in Autumn. But it also presented a choice: travel on a two-hour journey to visit my loved ones and dear old school friends who I had not seen since March 2020, or tickle my brain with a log cotton bud a few times and go to Paris in the same travel time.

After a long period of consideration – 900 seconds – I concluded there was no competition. I went to Paris.

For those lucky enough to have been absent from British politics for the past five years, Brexit has dominated British lives. It describes the British exit from the European Union (which was similar to a private members club where poor people could join in as equals).

The UK is the first member to have ever left the European Union and did so after over 40 years of membership. Sold as ‘oven ready’ (perhaps it was put in the microwave with the foil still on it) and giving the UK its freedom (really, you fell for that?), Brexit has resulted in a cost of £440m per week cost (lost growth) to the UK economy.

I set myself a task of trying to find one benefit of Brexit. Spoiler alert: I found one. Skip ahead to that section if you’re bored already.

A most devastating consequence of Brexit

Johnson, who once described working class Brits as “drunk, criminal and feckless”, was against Brexit (until he joined the ‘Leave team’). Presumably he was aware of the sale of beer in McDonald’s on the Champs Elysees. With breakfast. This alone should have guaranteed a success for the ‘remain’ team, based purely on the British love of beer.

Alas, it was not meant to be, and I can confirm that beer was not on the menu when I visited my favourite McDonald’s. This led me to conclude that Brexit has not only affected the UK, but has also had a negative impact on Paris: the loss of beer sales on the Champs Elyees.

As a nation whose beloved newspaper* The Sun (a paper that used to be famous for its Page 3 ‘girls’) has one of the highest readerships in the world (this explains a lot), one would think Brits loved a good pair of knockers. And Paris is abundant with ornate doorknobs, doorknockers, and notable architecture from the 17th, 18th and 19th centuries. Alas, Sun-loving Brits must not have had a yearning for Parisian knockers, and they may well be the reason that Brexit occurred.

At a rather lovely French restaurant, I wondered whether to order Ils Flotane du Chef, but when the you-know-which search engine translated it as “the chef’s floating” I decided I’d give it a miss. But it made me wonder why it is I can drink a bottle of Cote du Rhone in France, but have an allergy attack in England if I so much as smell red wine.

That aside, I tried to conjure up the courage to ask the local French people about Brexit, but I chickened out. Talking of chicken and wine, while Paris had sufficiently stocked shelves in every food supplier I saw, the UK has been suffering with empty-shelf syndrome, which some have blamed on covid. Since France has a high rate of infection too, it would be fair to conclude that covid is not the answer. (She whispers … perhaps it’s Brexit).

Walking through the red light district and then up the big hill to the Sacre Coeur, the sun basked on the metal strip of my Covid-19 mask and happiness invaded my body. Happiness that I had not experienced for over a year.

The Sacre Coeur was a joyous sight for all of ten minutes, before I realised I was completely knackered and needed to catch a taxi back to my hotel. This was, however, a brilliant opportunity to ask the very chatty taxi driver what he thought of Brexit. “There are many variants of covid”, was his response.

Fatima at the opera

At the opera, I asked a Parisian what he thought of Brexit. He explained that a number of his friends who lived in London had left as a result and others had found it difficult since. He said, “There were very many talented people working in the UK that have since returned because of Brexit”.

He went on to describe how insulting it was for the UK government – during the pandemic – to suggest that people who worked in arts and culture change careers, as if their life’s achievement, their talent or their skill, was nothing. He said, “This illustrated the ignorance of government” and went on to say that the world is suffering because ignorant people are being led by ignorant politicians.

It seems British politics is as embarrassing outside the UK as it is in.

You’re no doubt relieved to find that there is, in fact, a Brexit benefit. When I was having my covid test in a pharmacy – most pharmacies offered testing – in readiness for my travel back to the UK, I asked a fellow British swabee what he thought of Brexit. He told me, “As a businessman I thought it was a bad decision, but I have seen benefits of Brexit”.

I sat awaiting the list – or an example, anything at all – and still eagerly await it. But that was all he had to offer.

To be fair to him, he had just had his brain ticked with a very large cotton bud in the back of a French pharmacy while being cross-examined by a random lawyer who sometimes writes articles. But he confirmed there is a benefit of Brexit; we just don’t know what it is, haven’t seen it and cannot quantify it. But it exists, because someone said it does.

Return to the UK

Apart from the fact that the only person who caused any issue about the requirements to wear a mask and maintain a distance – measures which are proven to reduce the risk of transmission of viral infections such as covid – was a British person on Eurostar, I came back to (non-sensical) quarantine and discussions about teaching Latin in schools. As someone who read Latin, I confirm I have used it only once – at my mother’s funeral to read prayers.

Perhaps this is a benefit of Brexit: we go back in time.

*No chickens, chefs, doorknobs or Parisians were hurt in the making of this article. Also, apologies to our friends over the Pennines in Liverpool, who most certainly do NOT love The Sun!