The fact that an adviser, or advisers, at the Department for International Trade has been advising businesses to set up in the EU should come as no surprise. 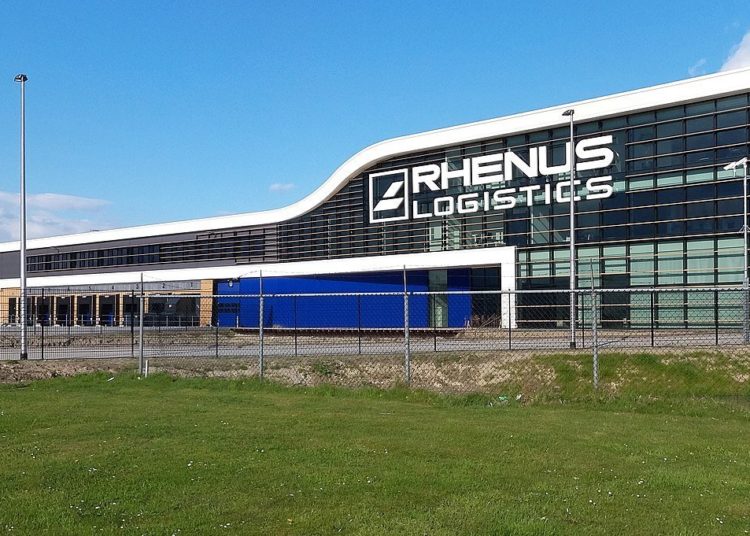 Cavit, CC BY 4.0, via Wikimedia Commons

The report published by The Guardian last night about a Department for International Trade (DIT) adviser telling UK businesses to move to the EU “to avoid Brexit costs”, seems to have caused a bit of a stir. It shouldn’t. This is the obvious, inevitable and easily foreseeable result of organising our EU trade as if we were Canada.

In what The Guardian says is an ‘extraordinary twist’, UK small and medium enterprises (SMEs) are being told by advisers working for the DIT that the “best way to circumvent border issues and VAT problems that have been piling up since 1 January is to register new firms within the EU single market, from where they can distribute their goods far more freely”.

Two UK companies, Horizon Retail Marketing Solutions, based in Ely, Cambridgeshire and Stewart Superior Ltd, in Marlow, Bucks, have come forward to confirm they’ve been advised to move distribution operations into the EU.

This is exactly how most Canadian or Japanese companies operate. Send bigger consignments, spread the costs of border formalities over a large number of identical items, and do the distribution inside the market. By registering in an EU member state, they can also more easily manage and reclaim any VAT payments due.

Yorkshire Bylines’ Digby-Jones Index has been collating the activities of many UK-based companies doing exactly this.

An article from November 2019 in FreightWaves – Shadow of Brexit fuels Dutch warehouse logistics boom – explained the issue in detail and listed the huge investments already taking place, as companies build up logistics capacity in the Netherlands and elsewhere.

The article pulled no punches and said Brexit has, “prompted a reconfiguration of the European logistics landscape, fueling a scramble for logistics properties in the northwest of continental Europe”.

On a fact-finding logistics tour of the Netherlands undertaken in October 2019, the reporter Mike King claimed that anecdotal evidence, showing this trend in full flight, was readily available. At the end of 2018, Rhenus Logistics for example, opened one of the world’s most innovative distribution centres in the Netherlands, and expanded it further in 2020.

King was told by one Netherlands-based logistics provider that while the uncertainty around Brexit had been confusing for business, new opportunities have emerged.

“We’ve seen a five-fold increase in requests from overseas companies currently with setups in the U.K. that want to redesign their supply chain. They are considering the Netherlands as a location and want us to be their business partners”.

Mr Vat explained that with Brexit threatening labour shortages, customs checks and other transactional costs, many businesses that originally set up in the UK to service the EU market have “changed tack and are now looking to continental Europe for safe haven”.

Some food businesses at the end of 2019, when there was the original threat of a no-deal Brexit, were building up temporary stocks on both sides of the Channel, to guard against short-term disruption, a situation that has now become all too real, even with a trade deal.

A supply chain solutions manager at the Holland International Distribution Council (HIDC), Stan de Caluwe, told FreightWaves his organisation was in talks “with various logistics companies” about moving from the UK to the Netherlands. “Many are starting with additional solutions such as a second hub here and one in the U.K., then longer term are looking to move their European distribution center here and will then service the U.K. from here.”

A logistics consultant, Wolfgang Lehmacher, said Brexit would have “a major impact on the logistics landscape of the continent and the supply chain strategies of shippers”, adding:

“When the U.K. separates itself from the world’s second-largest trade bloc, regardless of the efficiencies the U.K. may achieve at its borders, the barrier becomes an additional stop and incremental cost in the supply chain of a not so large market.”

He continued, “So, of course, Brexit changes where goods are manufactured, stored and how they are routed during the distribution process”.

Boris Johnson’s objective was to secure a trade deal similar to the one that Canada agreed with the EU, signalling that sovereignty was more important than the continuation of tightly integrated supply chains. It cannot therefore be a surprise to the UK government that these supply chains are now being broken up and re-forged to look like those of the average Canadian company.

Lechmacher, speaking in 2019 remember, said, “Post-Brexit, the U.K. cannot function any more as a key entry and exit gateway of the EU. Too many factors may hinder the fluidity of the supply, ranging from administrative burden to potential delays … Flows of goods that can, will avoid the U.K. and U.K. warehousing and distribution facilities will be closed and reopened in markets in the EU, mostly in the Benelux countries where most of the EU distribution centers are located”.

He has been proven spectacularly right, as the DIT now seems to be admitting.

Lechmacher also claimed that Brexit would drive a shift of manufacturing and distribution networks to the continent and would “strengthen the Benelux nations, Germany and France as logistical platforms in the world of global commerce”.

Jorn Douwstra, business manager for international trade and investment at Rotterdam Partners, also confirmed the trend, noting that financial and insurance companies had already moved to the Rotterdam area to avoid licensing issues.

“We think that a lot of multinationals already have a plan to move,” he said. “A lot of small businesses in the U.K. don’t know what to do and are waiting until there’s a final decision on Brexit. And we see a lot of mid-size companies trying to make up their minds.”

“If they have a large market share in mainland Europe instead of the U.K., then for a lot of companies it’s beneficial to try to open a warehouse here to serve those clients, especially if they ship goods from outside the EU because you don’t want to have dual tariffs”, Douwstra added.

Those mid-sized companies are now making up their minds and we are starting to see that shift happening in real time.

“Don’t you forget about me”