Brexit will have a major impact on devolution; devolved powers have different views about Brexit, but the internal market may damage this. 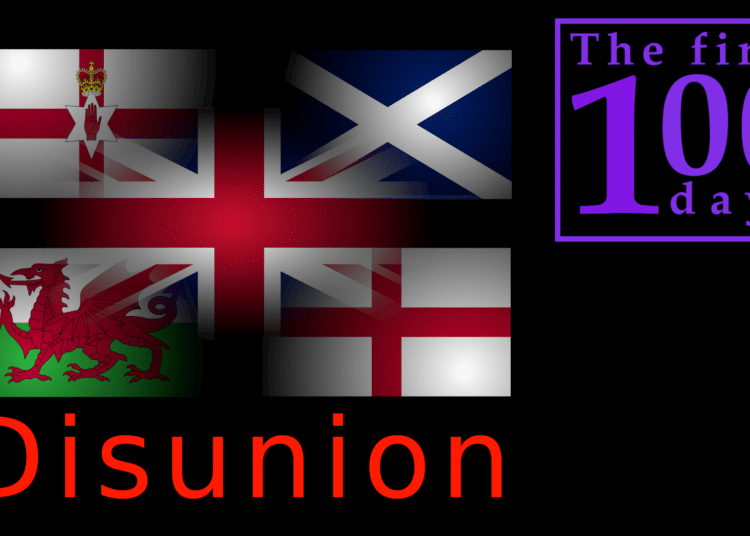 Towards the end of the Brexit transition period most discourse was understandably around the future trading relationship between the UK and EU, especially as the spectre of a ‘no-deal’ outcome loomed dangerously close. However far less attention has been given to the considerable impact Brexit has had on devolution and the relationships within the UK between its constituent parts.

It was clear early on that Brexit had the potential to undermine devolution. The very concept and the territorial split of competencies was built within and around the frameworks of EU membership. As we mark 100 days since the end of transition, this is a good time to look both backwards and forwards on how Brexit has challenged devolution.

The UK’s withdrawal from the EU has brought into sharp contrast the extent to which the devolved executives and legislatures have fundamentally different interpretations of the devolution settlements and the impacts of Brexit.

This type of difference of opinion is not inherently problematic, however the context of territorial governance in the UK post-Brexit is one of strained intergovernmental relations and a lack of effective institutions for intergovernmental discourse.

As a result, Brexit has taken place without a sense of joint ownership across the UK. The devolved institutions have felt the need to mitigate the impact of centralised policy that they were not appropriately involved in the development of. Not only is this indicative of a malfunctioning constructional landscape but a seemingly increasing number of policy choices are aggressively encroaching in devolved areas.

The UK government has been constant in its narrative that Brexit would result in more powers for the devolved nations.

Theresa May claimed as much in a visit to Ayr in 2018. Boris Johnson made similar claims when he said that the UK Internal Market Act 2020 was the single biggest transfer of powers to the devolved administrations since their creation. In response to this ‘power surge’ narrative, Scotland and Wales have spoken more readily of ‘power grabs’.

There are also increasingly clear divergences between devolved and central responses to Brexit, as well as in their connected law and policy. Legislatively speaking the UK government has repeatedly pressed ahead with key Brexit bills despite significant devolved opposition.

Some notable illustrations included the Withdrawal Act 2018, which the Scottish and Welsh governments jointly opposed for a time, and the Withdrawal Agreement Act 2020, for which all three devolved legislatures withheld consent.

Starkest of all is the recent UK Internal Market Act which has significant potential to undermine devolution. In this case, the Welsh and Scottish legislatures withheld their consent. The Northern Ireland assembly passed a motion rejecting the Bill and following its passage into law, the Welsh government launched a legal challenge.

The various ways in which different parts of the UK have responded to Brexit are also revealing of sharp differences in interpretation, in directions of travel and in visions for the country.

The UK government has struggled to navigate a public campaign focusing exclusively the perceived positives of Brexit. As such, the UK level ‘Brexit readiness fund’ talked about empowering organisations to capitalise on new opportunities without outwardly acknowledging the significant new bureaucracy and costs.

Meanwhile the Welsh European Transition Fund, while framed in more neutral terms, openly sought to address concerns. It funded inquiries into the impact on the third sector, the development of information tailored to disabled people, and provided extra capacity for local authorities and measures to tackle increases in hate crime.

For its part, the Scottish government decided to fund food charities to support people it deemed were at risk of being pushed further into poverty by Brexit. Furthermore, the two nations have also openly sought to mitigate a perceived negative impact on human rights, and both have deemed it necessary to make additional support available to EU citizens.

Now that we are approaching 100 days since the transition period ended – has this landscape changed? The pattern of Scotland and Wales attempting to mitigate the impact of Brexit has largely continued.

In answer the UK’s withdrawal from Erasmus+ and launch of the Turing scheme, Scotland has attempted (unsuccessfully) to secure its own continued participation from the EU. Similarly, the Welsh government is launching its own counterpart to Erasmus+ to mitigate the gaps left by the UK Turing Scheme.

On the other hand, Northern Irish students will be able to continue to participate in the EU scheme – placing students in England in the least favourable position in the UK.

Meanwhile, the ‘power surge’ narrative has proven to be highly questionable as the UK Internal Market Act has already reversed devolution in some areas like state aid, and is predicted to eventually have a chilling effect on devolved legislative competence.

Crucially the funding powers in the act are being used to centralise several new funds which will deliver in areas of devolved competence.

Following a period of intense pressure placed on UK’s constitutional structures by the territorial divergences catalysed by Brexit, the UK government has finally recently released the Dunlop report. It comes at a time when Sewel Convention by which the UK parliament will not ‘normally’ legislate in areas of devolved competence without devolved consent, is being called into question.

Recent discussions in the Welsh Parliament’s legislation, justice and constitution committee following an exchange with the Secretary of State for Wales show that there is a fundamental disagreement in what amounts to ‘normal’ and that little trust remains.

It is unclear whether the review’s modest recommendations will be taken on board and even if they were, it seems unlikely that they will go far enough given how poorly the UK government has engaged with the devolved nations throughout the Brexit process.

Charles is a research associate with Cardiff University’s Wales Governance Centre and the Wales Council for Voluntary Action. He is the coordinator of the Wales Civil Society Forum on Brexit, a partnership between the two institutions funded by The Legal Education Foundation to provide legal and policy expertise to the voluntary sector in Wales on the implications of Brexit. He has an academic background in European Union Law and Internal Market studies.