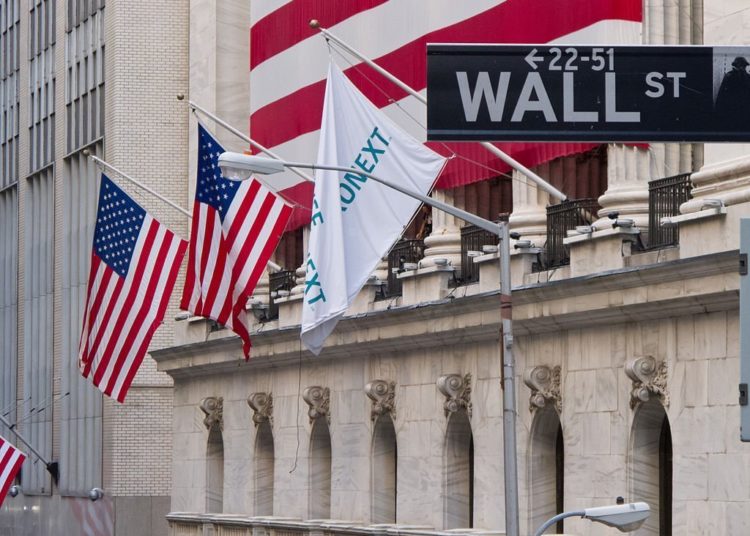 The American Chamber of Commerce to the EU (AmCham-EU) published a cross-sectoral position paper on Tuesday turning the screw on the UK Government’s hard-line negotiating stance. Although it urges both sides to “work to mitigate disruption as much as possible”, the paper deals a devastating blow to Britain’s present strategy.

They make no secret that their preference “would have been the UK’s continued membership of the Single Market and the Customs Union”, but they now call for “an ambitious and comprehensive future partnership”, not the bare-bones deal favoured by Boris Johnson.

“We support a deal comprising zero tariffs, zero quotas, and zero barriers. Any deal should maintain regulatory alignment where possible, in order to minimise obstructions to the integrated supply chains of businesses currently operating across the Channel. Divergence for divergence’s sake must be avoided, in order to prevent prohibitive costs to doing business.”

This would see Britain applying EU rules in a host of areas in order to provide the level playing field demanded by Brussels. For Brexiters it would call into question the whole basis of Brexit.

The body, that represents 150 mostly American companies including Coca-Cola, Ford, JP Morgan, Mars, Hewlett-Packard, Uber and other household names, effectively calls for the kind of close trading relationship envisaged by Theresa May and rejected by Boris Johnson. It wants to see Britain participate in the Unified Patent Court as well as the EU system protecting intellectual property rights both of which require a role for the European Court of Justice, a red line issue for the Conservative hard right.

Other key points from the 39-page paper include a warning about a “cliff-edge scenario” at the end of 2020. It talks of the huge costs incurred by businesses of all sizes from the preparation for two postponed exit dates in March and October 2019. “Billions were spent on contingency planning throughout the withdrawal negotiations”, the paper claims.

On divergence, AmCham say, “current EU rules are often de facto global standards that we have adapted to and understand. EU rules also reflect international efforts to align rules and standards to reduce regulatory burden and red tape for businesses across the globe. Such efforts towards convergence at global level should therefore be maintained and strengthened moving forward”.

This will not make comfortable reading for the prime minister who has made divergence a cause célèbre.

The document also carries a warning about raising the costs of doing business through the web of supply chains built up over time by US companies across Europe:

“It is important to keep a strong focus on how the provisions of the agreement will impact business and its capacity to operate. The further away the EU and the UK will be after these negotiations, the higher the costs and red tape for companies and consumers.”

The British strategy is for a very simple, bare-bones deal which Michael Gove himself said this week was not a huge difference to the World Trade Organisation terms which would apply in a no deal scenario. This is a million miles from the sort of arrangement AmCham want and will see a massive increase in the burden of red tape and bureaucracy.

The central issue for the British government is that the sort of close, comprehensive arrangements the Americans are asking for will take years to negotiate sector by sector. An extension will certainly be required unless the detailed EU proposal already on the table is accepted in its entirety.

AmCham’s paper even touches on the sensitive political issue of the Irish border and says the withdrawal agreement is “now enshrined in international law and contains critical provisions related to the Irish border question, setting out a system of checks and controls, which should be thoroughly implemented to protect the EU Single Market. Gaps in the implementation could undermine trust between negotiators and negatively affect talks on the future relationship.”

Brexiters in the government look more isolated than ever. This follows a plea at the end of last year from British trade bodies like the Confederation of British Industry, the Society of Motor Manufacturers & Traders, the British Chamber of Commerce and Make UK (formerly the Engineering Employers’ Federation) for a much closer relationship than Johnson wants.

To add even more to the pressure, the EU this week issued updated notices to stakeholders to prepare for substantial changes to the EU-UK trading relationship at the end of the year whatever happens. The notices covered 22 areas ranging from industrial goods, to medicinal products and aviation safety to chemicals. The update warned that if the European Union and the United Kingdom fail to reach an agreement by 31 December 2020, the changes at the end of the transition period would be even more far-reaching.

Brussels is preparing their fall back position. Hard choices lie ahead.

Discovering a Yorkshire cook and her “Portugal cakes” recipe